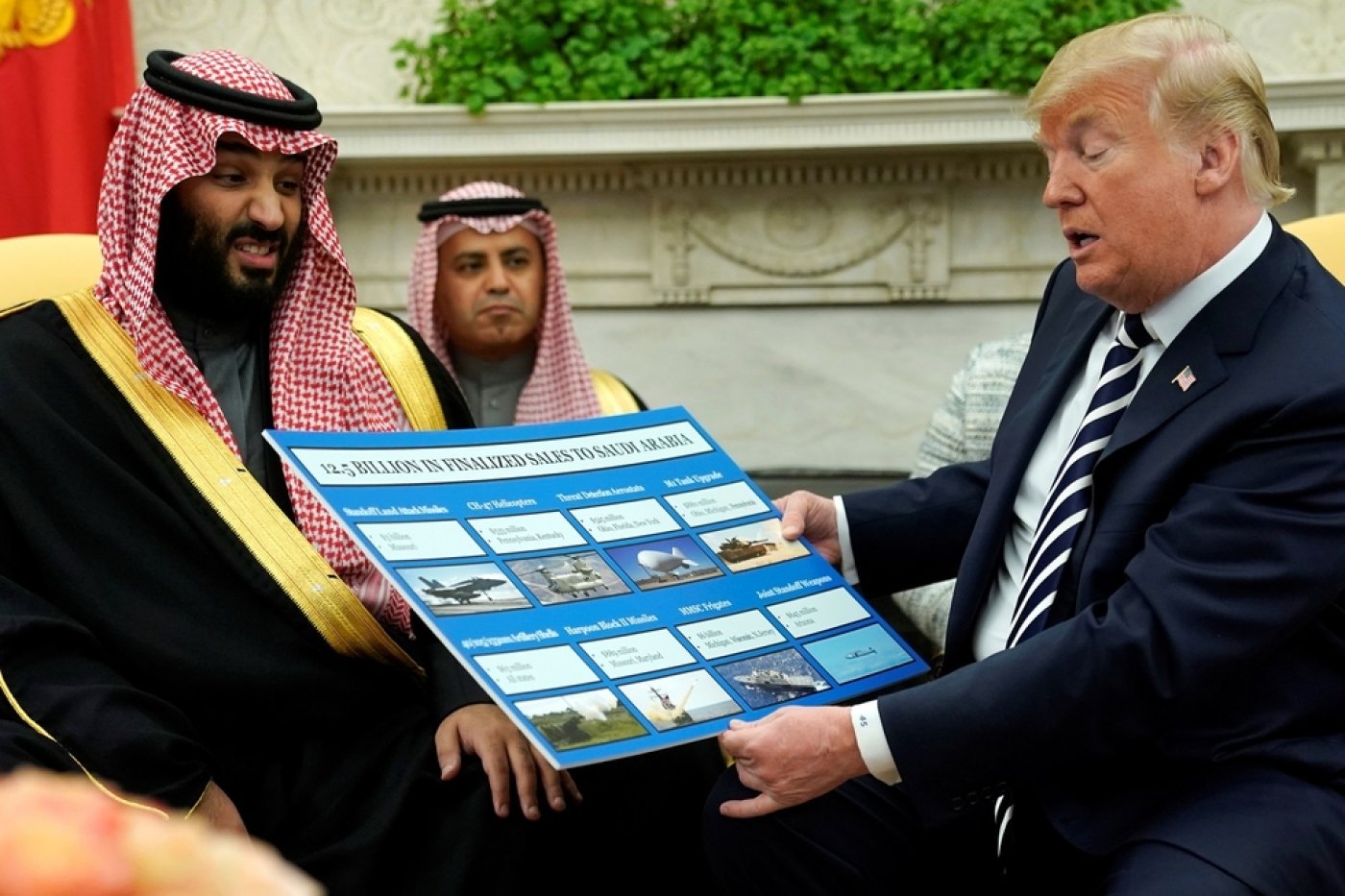 A Trump associate and his business partner allegedly promoted anti-Qatar policies at the highest levels of US government in exchange for Saudi and Emirati favour, the Associated Press has reported on Monday.

Top Republican party fundraiser Elliott Broidy and Lebanese-American businessman George Nader spent a year cultivating links with two Gulf princes to land a billion dollars in consulting contracts, according to emails seen by AP. Their push to get an anti-Qatar bill through Congress was reported earlier this year, but AP said the trove of emails revealed "an ambitious, secretive lobbying effort" to isolate Qatar.

However, AP reported that neither men has registered with the US government under the Foreign Agents Registration Act, which requires lobbyists working on behalf of foreign governments to disclose their interests and activities.

Documents seen by AP reportedly show that while Broidy has maintained that he did not need to register because he was acting on his own intiative, his lobbying efforts were mixed with his business dealings early on.

One spreadsheet, which AP shared, shows Saudi Arabia as a client of Broidy's company, Circinus LLC.

Broidy's lawyer, Chris Clark, told AP that his client had complied with "all relevant laws, including FARA" and argued that the e-mails on which the AP's report is based were “fraudulent and fabricated documents”.

My goals... and the goals of KSA are completely aligned

While Broidy had connections to Trump, Nader was working as an adviser to Abu Dhabi Crown Prince Mohammed bin Zayed Al Nahyan and was close to Saudi Arabia’s Mohammed bin Salman.

Together, they pitched more than a billion dollars worth of consulting contracts linked to the Yemen war and intelligence sharing, but AP reported that early emails showed the two princes, while interested in the proposals, wanted the American pair to first lobby Trump.

"My goals, Circinus' goals and the goals of KSA are completely aligned," Broidy wrote in a message to Nader that included proposals on providing military and counter-extremism expertise to Saudi Arabia.

During meetings with Donald Trump, including one previously unreported until AP uncovered the new documents, the two championed the anti-Qatar policy of the Gulf countries that would eventually lead to its blockade.

Middle East Eye reported in March that Nader organised a secret Red Sea meeting of Arab leaders in 2015 where he promised to lobby in Washington for them to have more influence with the US.

While the pair claimed credit for improving Saudi Arabia’s image in Trump’s eyes, they have not succeeded with their goal to persuade the US to relocate a military base in Qatar.

Nader, who is also a convicted paedophile, became a witness in the Robert Mueller investigation into the financing of Trump’s campaign after he was met by FBI agents as he landed at Washington DC’s Dulles airport in January.

While a Saudi official told AP the government had never signed contracts with Nader or Broidy, last week Crown Prince Mohammed bin Salman reportedly ordered an end of engagement with "these people".