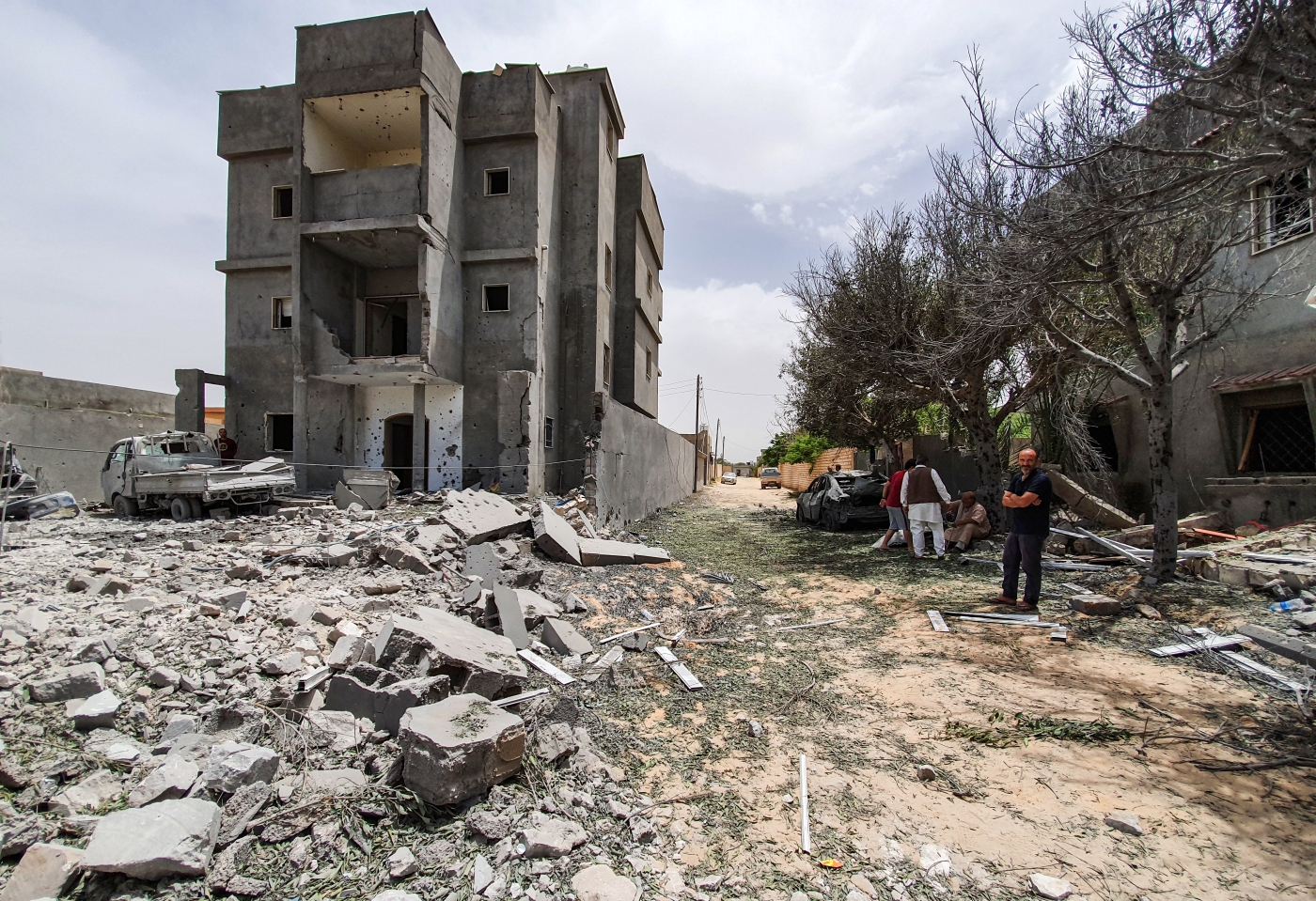 Clashes around Tripoli have so far caused the deaths of more than 1,000 people since April, according to the United Nations (AFP)
By
MEE staff

Forces loyal to Khalifa Haftar used banned cluster munitions during an attack on a residential neighbourhood in Tripoli in early December, an investigation by Human Rights Watch (HRW) has established.

The air strike, which was carried out by the eastern commander's Libyan National Army (LNA), or forces allied to it, targeted an area in the southern suburbs of the capital but did not lead to civilian casualties, HRW said. 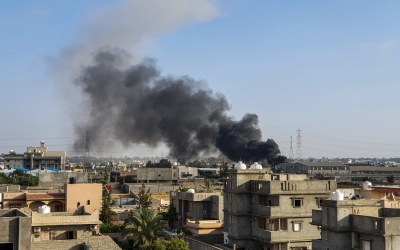 The US-based organisation stressed on Thursday that the 2008 Convention on Cluster Munitions comprehensively prohibits their use and urged all parties to abide by it.

“Cluster munitions should never be used by anyone under any circumstances due to the foreseeable and unacceptable harm for civilians.”

Cluster munitions typically explode in the air before indiscriminately sending out sometimes hundreds of tiny bomblets over an area the size of a football field.

Some bomblets fail to explode, posing a similar danger to civilians as landmines.

According to a witness account given to HRW by a guard from the rival Tripoli-based Government of National Accord (GNA), one cluster munition landed in the yard of an elderly man who had refused to follow local residents and leave his home after months of sustained fighting.

The guard said he then heard a series of strong explosions which he believed were the bomblets landing on a nearby field.

Evidence collected by HRW suggests that at least two other high-explosive bombs were dropped simultaneously with the cluster munitions.

While the intended target of the attack is unclear, the guard told HRW the residential area had not been used by the military either before or at the time of the attack.

The disclosure adds to a growing list of human rights accusations against Libyan armed groups, with the International Criminal Court warning in April that it was prepared to bring those accused of war crimes to justice.

HRW's investigation comes amid reports on Thursday of clashes in the capital between GNA forces and Haftar loyalists, a day after the UN Security Council adopted a resolution calling for a “lasting ceasefire,”a first since Haftar launched his offensive against Tripoli in April. The resolution calls for continued talks between a joint military commission set up in January between the two sides, with a view to achieving a “permanent ceasefire”, including a monitoring mechanism, separation of forces and confidence-building measures.

The commission's Geneva meeting ended on Saturday without a resolution, but the UN proposed resuming talks from 18 February.

Clashes around the city have so far caused the deaths of more than 1,000 people since April, while 140,000 have been displaced, according to the UN.