Iran did not provide further details on the exact identity of the citizen, or the reason for their detention last month 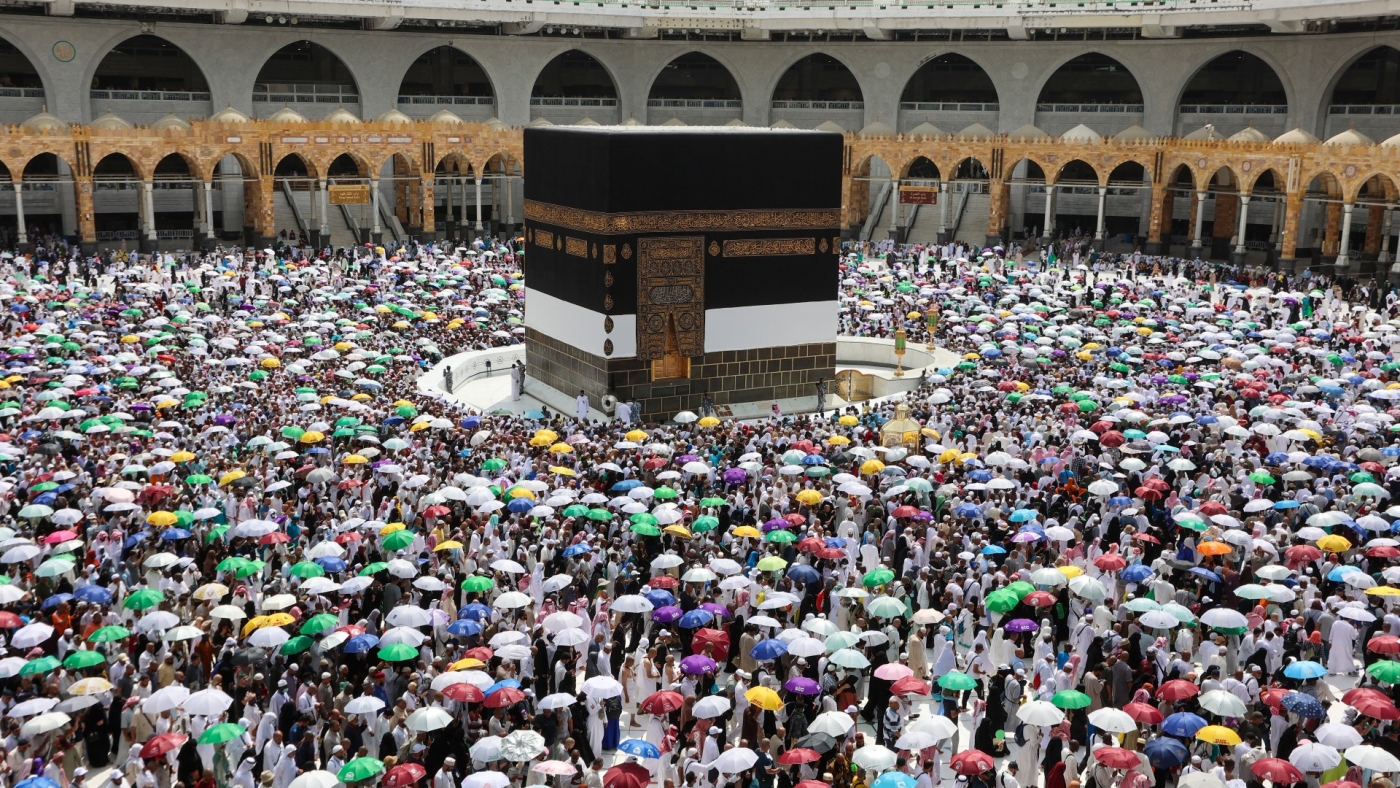 Nearly 780,000 pilgrims from abroad attended this year's Hajj, according to Saudi officials (AFP)
By
MEE and agencies

Iran on Friday asked Iraq to call on Saudi Arabia to release one of its nationals arrested during the Hajj pilgrimage, as the two regional rivals engage in talks to mend severed relations.

The Islamic Republic revealed the arrest in a foreign ministry statement about a phone call between Foreign Minister Hossein Amir-Abdollahian and his Iraqi counterpart Fuad Hussein.

Iraq has been mediating the talks between its two neighbours since April last year.

"In this call, Iran's foreign minister followed up on the fate of an Iranian national arrested in Saudi Arabia during the Hajj pilgrimage and called [on the Iraqi foreign minister] to convey a message for their release," the statement said.

It did not provide further details on the exact identity of the citizen, or the reason for the detention last month.

Nearly 780,000 pilgrims from abroad attended this year's Hajj, according to Saudi officials.

Tehran and Riyadh have had no relations since 2016 when Iranian protesters attacked Saudi diplomatic missions in Iran after the kingdom executed the Shia cleric Nimr al-Nimr.

Iraq has hosted five rounds of talks between the two countries, which support opposing sides in various conflicts around the region.

Amir-Abdollahian said last month that his country and Saudi Arabia were ready to move talks to a higher level, in the political and public spheres, after earlier rounds mainly at the level of security officials.

Iraq's foreign minister said on 23 July that his country was preparing to host a "public" meeting of his Saudi and Iranian counterparts, AFP reported.

Hajj
Saudi Arabia does not own the Hajj. It belongs to all Muslims
Usaama al-Azami
Hajj
Western Hajj pilgrims abandoned in Mina with no guides or tents
Hajj
Western pilgrims left without rooms before Hajj pilgrimage Inside Iraq
Violence or dialogue? Iraq could go either way as Sadrist standoff escalates