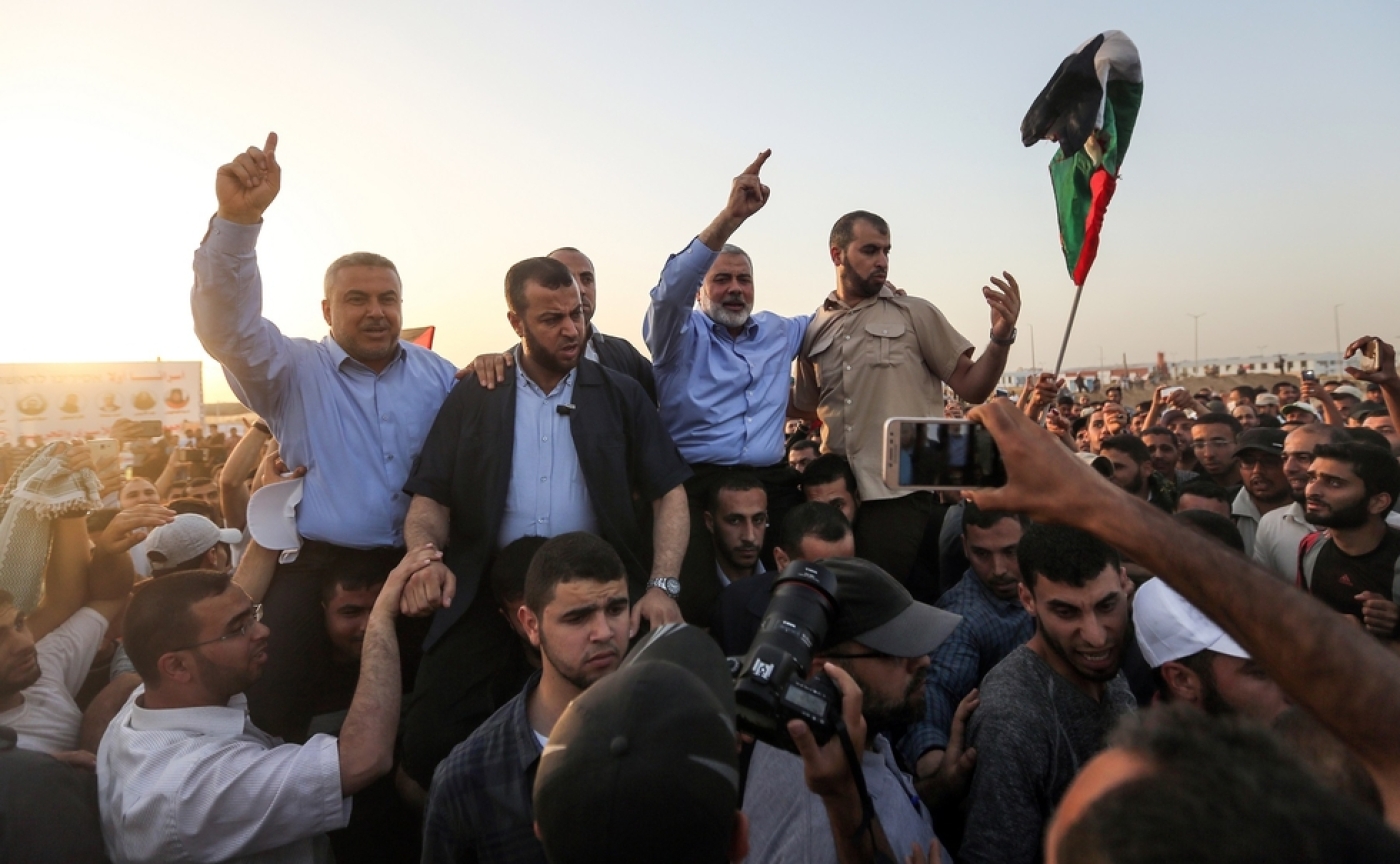 About 1,000 Palestinians protested in Gaza on the first Friday of the holy Muslim month of Ramadan, four days after Israeli forces killed 60 unarmed protesters in the besieged coastal enclave.

The leader of Gaza's ruling movement Hamas attended the protest, taking part in prayers along the fence erected by Israel before sunset, then participating in a demonstration.

Ismail Haniya gave the V-for-victory salute and waved a Palestinian flag a few hundred metres from the fence area, an AFP journalist reported.

The Israeli army said around 1,000 "rioters" gathered in five spots along the fence area.

The latest protests came after Israeli forces killed 60 Palestinians on Monday in a demonstration that coincided with the transfer of the US embassy in Israel from Tel Aviv to Jerusalem.

The border has been a flashpoint for deadly demonstrations that began on 30 March, as part of demands that Palestinian refugees be allowed to return to their homes now inside Israel.

More than 1.3 million Palestinians in Gaza hail from towns in what is today Israel. Gaza is home to 2 million people. About 700,000 Palestinians were forcibly displaced by Israeli forces before and in 1948.

Since the protests began, at least 116 Palestinians have been killed by Israeli fire across the Gaza Strip.

Speaking at a Gaza City mosque earlier on Friday, Haniya denied a deal had been made to end seven weeks of border protests, vowing they would continue.

"The marches will not stop until the siege is lifted completely from the Gaza Strip," he said.

Egyptian President Abdel Fattah al-Sisi announced late Thursday at the start of Ramadan that his country's border crossing with Gaza would be open throughout the holy month of fasting to "alleviate the suffering" of Gazans.

Palestinian media have speculated a deal had been struck with Egypt to open the border in exchange for ending the protests.

Haniya welcomed Sisi's decision to open the border, but denied any such agreement was made.

"There is a rumour that Hamas made a deal with Egypt to end the marches. This is baseless," he said.

In Jerusalem, 120,000 Palestinians prayed at the al-Aqsa mosque on Friday, said the religious authority that governs the holy site. 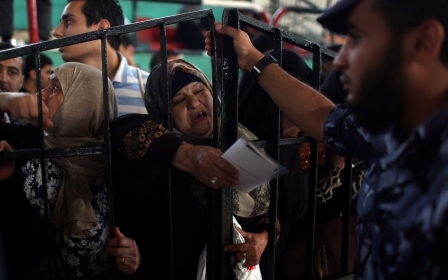 Occupation
'He did not want to die': Relatives bury victims of Gaza massacre