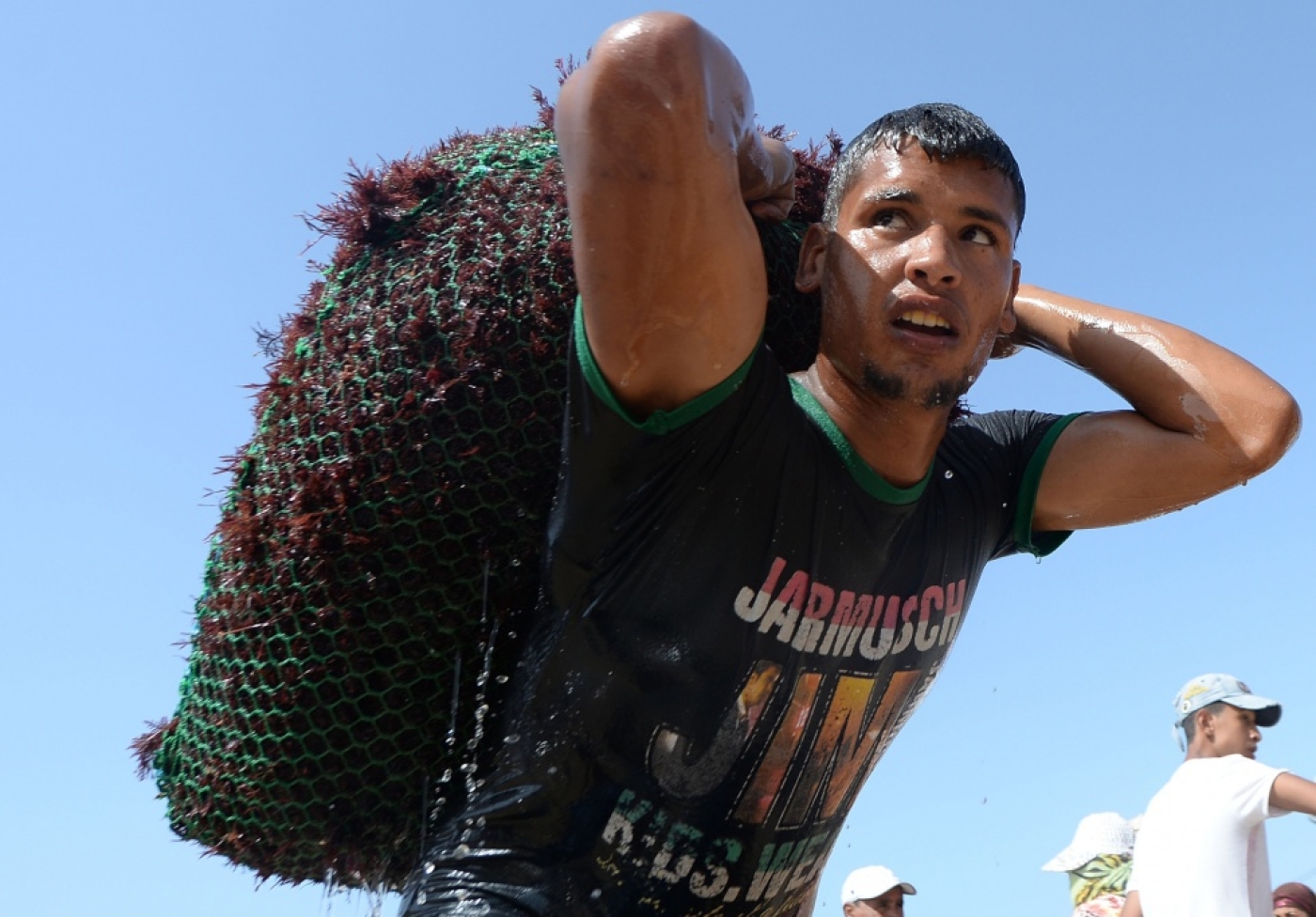 "There are more and more divers and less and less red seaweed," Lemkhanter sighed as he worked on a beach in El Jadida, about 100 kilometres (60 miles) southwest of Casablanca.

Collected during three months of summer on a narrow stretch of coastline, the red seaweed is used to produce "agar-agar" -- a natural gelling agent popular with cooks and professional chefs, and also used in pharmacology and cosmetics.

An alternative to animal-based thickening agents, agar-agar has long been used in Asian cuisine but has won over more and more in the West and other parts of the world.

Not only is it a good alternative to animal-sourced gelatins for vegetarians and religious groups that ban pork, it also gels at higher temperatures -- hence quicker -- than traditional animal-based agents.

Morocco has long been a key exporter and topped the global producers' list until 2006, when it was overtaken by China and Chile.

Over-harvesting raised fears of long-term damage and in recent years Moroccan authorities have set prices and quotas to protect the resource.

But even that may not have been enough, Lemkhanter said.

As holidaymakers made the most of the late summer sunshine in El Jadida, Lemkhanter slipped on his old plastic shoes and a patched-up outfit to get down to work.

The rocky coastline of El Jadida province lies at the heart of the harvest. There are no reliable figures for how many people make their living from the seaweed but hundreds, if not thousands, take part in the harvest every year.

It can be dangerous work, especially for the many divers using obsolete equipment to reach depths of between 20 and 25 metres (65 and 85 feet).

"Many people come to El Jadida thinking it's an El Dorado. It's not unusual for us to have inexperienced youths drown," Lemkhanter said.

After a shift of six to eight hours on his modest boat, the family man returns to land with his harvest, hoping to make a good sale.

Morocco has since 2010 fixed a "reference price" of 3.25 dirhams (30 euro cents, $0.39) a kilo for the seaweed, under emergency reforms brought in by Rabat to save it from extinction.

As part of wider reforms to the fishing industry, authorities set quotas as well as seasonal bans on collecting the red seaweed.

"If we had let the situation go on, there would have been no red algae left," said Driouich, adding that the protection measures had led to a 30 percent revival of stocks by 2011.

Now, the total annual quota is fixed at 6,040 tonnes, of which 20 percent is exported.

Due to the rising demand and fall in supplies, the export price of red seaweed has gone up from 12 to 30 dirhams a kilo.

About 80 percent of the red seaweed harvested is transformed into agar-agar in Kenitra, north of Rabat, with almost the entire output earmarked for export.

The sector brings in 31 million euros a year, said Driouich, "but it is totally anarchic and there's a lot of work left to organise the profession".

The fishing ministry has started courses and issuing permits, while more than 250 divers have been kitted out with proper equipment.

But Lemkhanter said not enough is being done to protect those working in what can be a perilous profession.

"If we fall ill and can't dive, there's nothing else we can do but beg," he said.

On a nearby beach on Morocco's west coast, dozens of women and children collected the prized seaweed swept up by the tide.

"I've been coming every day since my husband fell ill," said Malika, a woman of about 40.

"I collect between five and six kilos a day," she said. "But to make a living, I also collect and sell empty beer bottles."