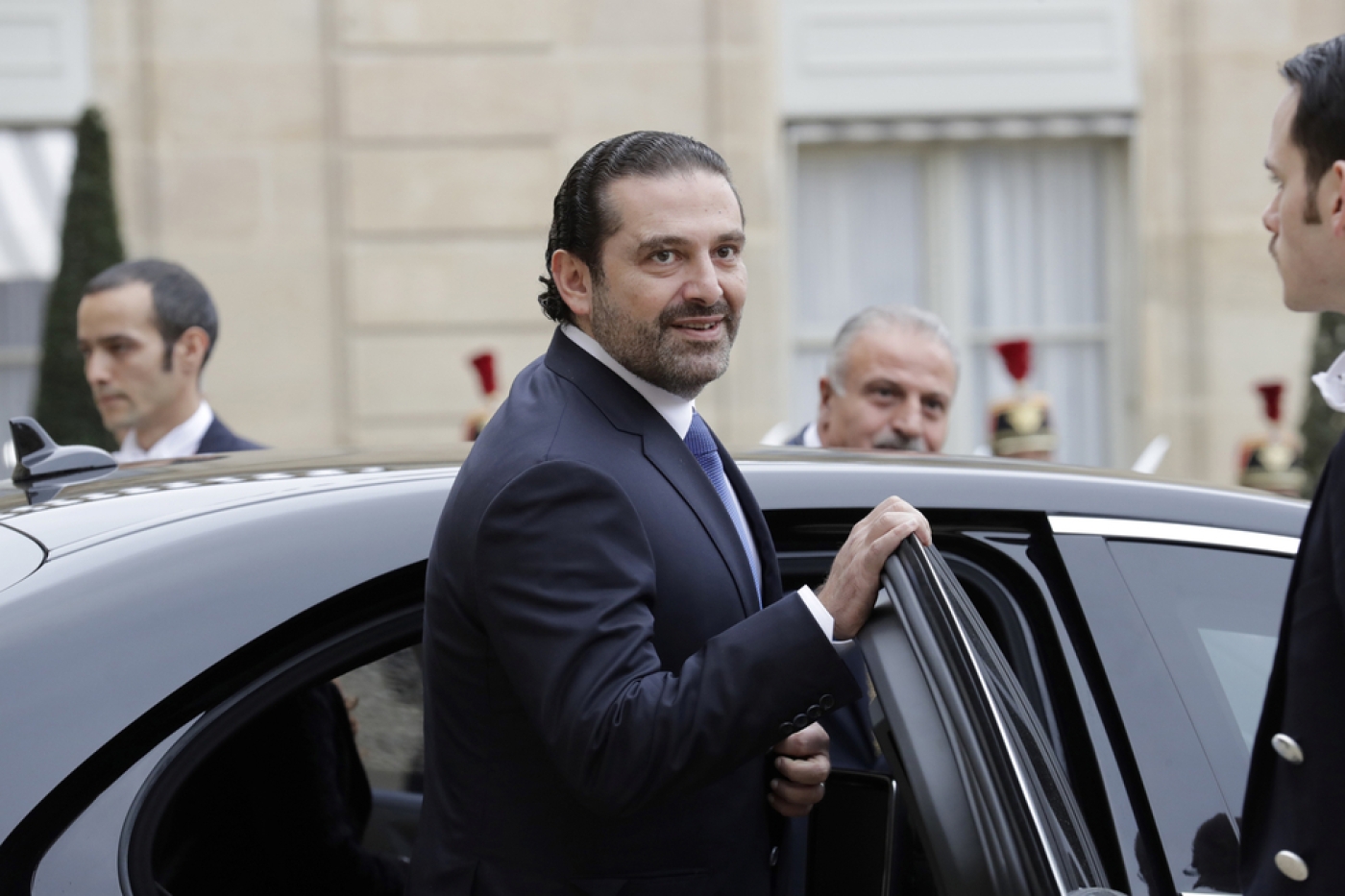 Saad al-Hariri returned to Beirut on Tuesday for the first time since he resigned as Lebanon's prime minister - in a broadcast from Saudi Arabia - and plunged his country into political crisis.

Hariri's sudden resignation on 4 November thrust Lebanon to the forefront of a regional tussle between the Sunni monarchy of Saudi Arabia and Iran, whose powerful ally Hezbollah is part of Lebanon's government.

Hariri was greeted by members of the security forces as he disembarked from a jet at Beirut airport, live footage of his arrival showed.

Hariri, a long-time ally of Saudi Arabia, cited fear of assassination and meddling by Iran and Hezbollah in the Arab world in his resignation speech. The move caught even his aides off guard, and politicians close to him say Riyadh forced him to quit and held him in Saudi Arabia.

Riyadh and Hariri have denied this.

His resignation shocked Lebanon, but Hariri's prolonged stay in Saudi proved even more mysterious for many and sparked a litany of accusations that he was being held hostage there.

Hariri had promised he would return to Lebanon in time to mark its 47-year Independence Day and would clarify his position there.

On Tuesday, he travelled to Cairo to see Egyptian President Abdel Fattah al-Sisi, whom he thanked for his support for Lebanon.

Hours later, Hariri flew from the Egyptian capital Cairo to Larnaca in Cyprus where he met late at night with President Nicos Anastasiades, the Cyprus government spokesman said.

After a brief visit he flew to Beirut, where he is expected to take part in the independence day military parade early on Wednesday and the customary reception at the presidential palace.

Hariri's Future Movement called on supporters to gather at his home in downtown Beirut at 1:00 pm local time.

A dual Saudi citizen who has previously enjoyed Riyadh's backing, Hariri resigned in a mysterious broadcast from the Saudi capital, accusing arch-rival Iran and its powerful Lebanese ally Hezbollah of destabilising his country.

But President Michel Aoun has yet to accept Hariri's resignation, insisting that he present it in person once back in the Lebanese capital.

During Hariri's two-week stay in Riyadh, Aoun accused Saudi authorities of holding him "hostage" and demanded that he enjoy freedom of movement.

After mediation efforts by Egypt and France - which held former mandate power over Lebanon - the 47-year-old premier left Riyadh on Saturday.

He headed to Paris for talks with French President Emmanuel Macron and pledged he would be home by Wednesday.

"As you know I have resigned, and we will discuss that in Lebanon," he said.

Hariri's resignation from outside the country is unprecedented in Lebanese history.

Questions remain over whether the resignation will stand, forcing negotiations on a new government, or if he might withdraw the decision.

Under Lebanon's constitution, the president is bound to accept a premier's resignation however it is tendered, Lebanese constitutional expert Edmond Rizk told AFP.

Although it is not outlined in the constitution, Rizk said, custom dictates "this resignation is supposed to be submitted to the president of the republic".

Hariri visits his father’s shrine in first stop after returning to Lebanon pic.twitter.com/hPOFXJCunP

A resignation brings down the government, and the president then engages in consultations to select a new prime minister to form a cabinet.

In Lebanon, divided for more than a decade between a pro-Saudi camp and a Tehran-backed alliance, that process typically takes months of political wrangling.

But the discussions also aim to strike a balance between the country's diverse religious communities.

As part of Lebanon's presidential-parliamentary system, the premier must be a Sunni Muslim, the president a Maronite Christian and the speaker of parliament a Shia Muslim.

More than a week ago, Hariri said he could walk back from his resignation if Hezbollah withdrew from regional conflicts, including Syria.

Hezbollah, whose forces are fighting in neighbouring Syria along government troops, said it still considers Hariri the current premier.

"When he comes, we will see. We're open to all dialogue and discussion," its chief, Hassan Nasrallah, said on Monday.

But if Hariri stands firm, Aoun has two options: either rename him premier or choose another prominent Sunni figure to lead a new cabinet.

"If Hariri's consultations lead to a new government, that would be a way out," said Rizk.

Aoun tipped Hariri as premier in 2016, as part of a deal across political lines that ended a two-and-a-half year stalemate in Lebanon.

Hariri's two terms as prime minister have both ended abruptly.

In January 2011, as he was meeting with then-US president Barack Obama in Washington, Hezbollah and its allies withdrew their ministers and collapsed Hariri's government.

On the day Hariri resigned, the Saudi kingdom said it intercepted a ballistic missile fired by Tehran-backed Houthi rebels in Yemen at Riyadh.

The announcement also coincided with a purge of more than 200 Saudi princes, ministers and businessmen. Diplomacy
Lebanon's Hariri arrives in Paris for talks with Macron