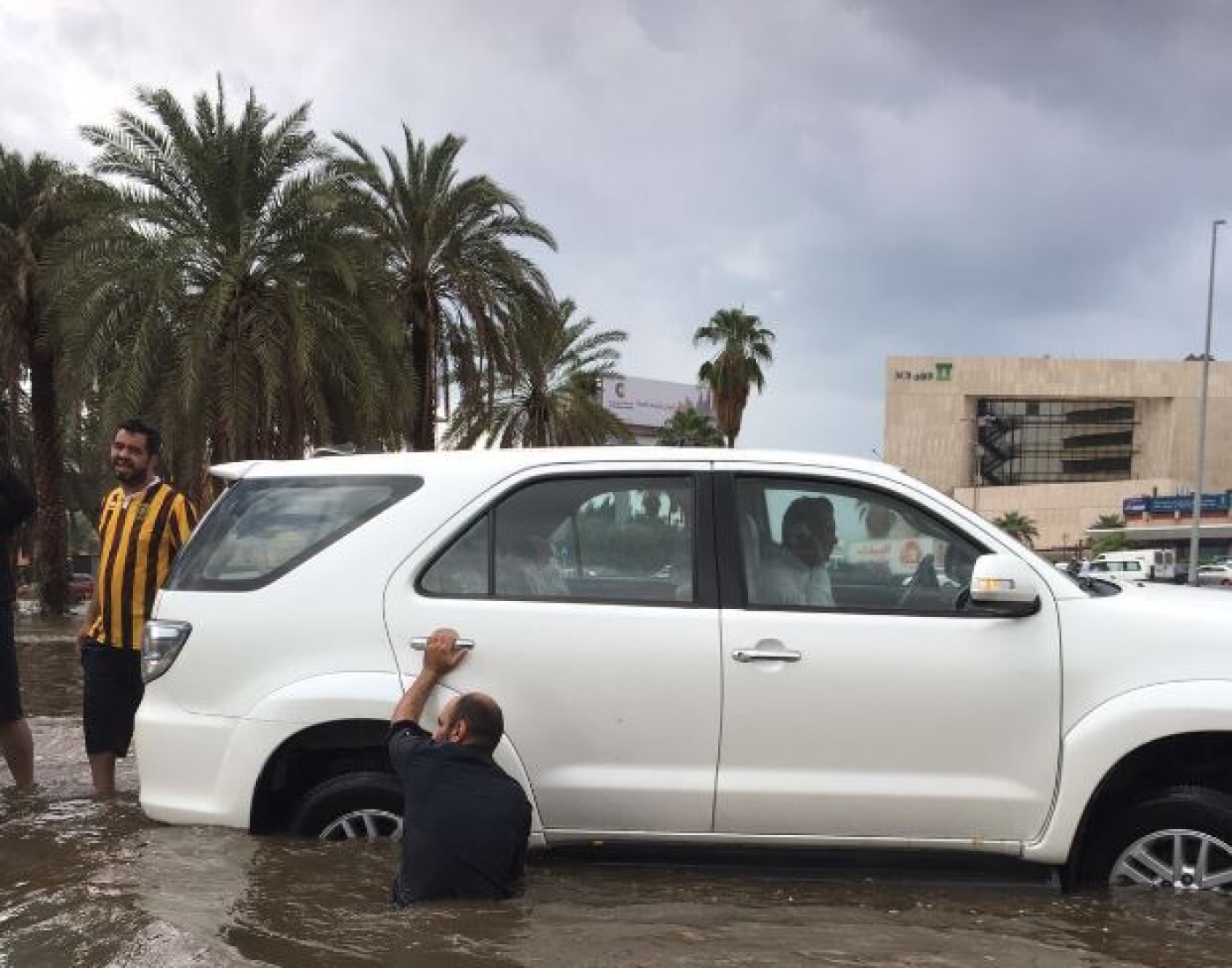 Schools and universities across Jeddah were closed on Tuesday, due to the heavy floods (screengrab)
By
MEE staff

Heavy flooding hit the Saudi Arabian port city of Jeddah on Tuesday, with flights delayed and schools and universities closed as a safety measure.

The latest storm has revived memories of a deadly 2009 storm that hit the city and killed more than 100 people.

Several flights out of King Abdul Aziz International Airport were delayed, and the meteorology office near the airport was hit by lightning.

Jeddah police received 11,000 calls on 911 on Tuesday morning, according to the Saudi Gazette, with most people enquiring about alternative traffic routes and asking about the weather conditions, which are expected to clear up later today.

One Twitter user on Tuesday remarked that Filippinos were doing a better job to help those affected by the flooding than the local Civil Defence authorities.

One of the Saudi royals currently being held as part of a political purge, Adel Fakeih, was mayor of Jeddah at the time.

Crown Prince Mohammed bin Salman, who has led the purge, has re-opened an investigation into alleged corruption among local officials in Jeddah at the time, “after several files revealed involvement of senior officials and ministers who will not be able to get away with it this time,” government-owned Al Arabiya has written.

While less senior officials were convicted of criminal charges, including bribery, at the time, Fakeih himself was not charged, and went on to become minister of planning and the economy.

It took three hours but we made it in the end to @Arab_News offices in Jeddah, Saudi Arabia. Heavy rain and floods on the streets this morning, drive safely everyone 🙏 pic.twitter.com/O19ICClP9v