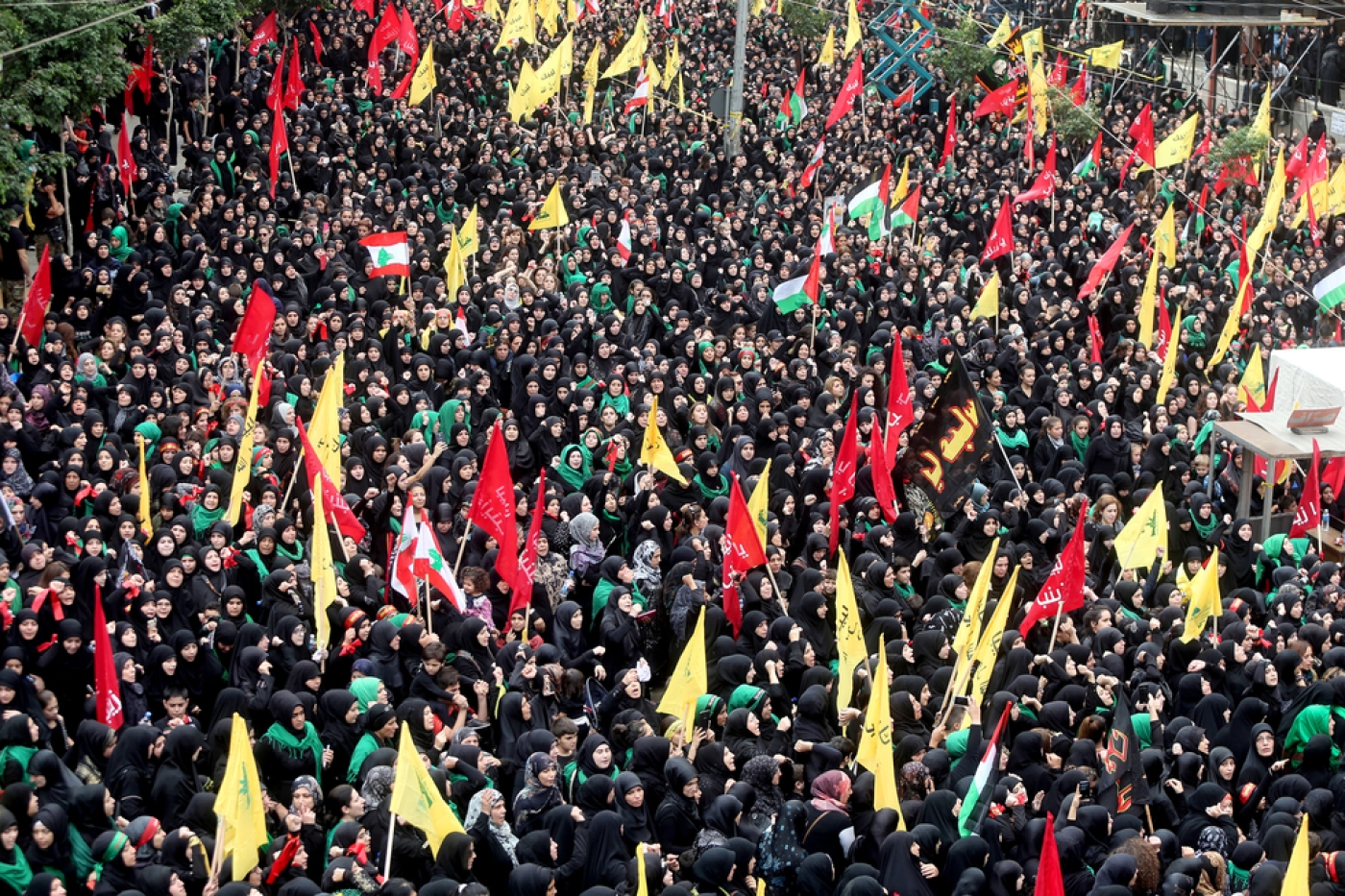 BEIRUT - Standing on the platform of a cherry picker elevated five metres from the floor, the speaker connects one slogan after another.

“Ya Hussein! Ya Hussein!” he shouts, the massed crowd in front of him shouting the words back to him. He speaks to tens of thousands of people that have gathered in Beirut’s southern suburbs of Dahieh.

“Down with Israel! Down with America!” Then, the speaker throws out a slogan in praise of Hezbollah, and a chorus of voices join in with fists raised in the air.

At the same time, a roughly equivalent number of men walk along the main road inside the secured perimeter during masirat, or lamentation processions. During this march, they perform a ritualised striking of their own body by balancing their arms in a four-rhythmed movement before finally beating their chest. Women perform the same act, but separated in an adjacent area. This liturgy symbolises the suffering undergone by Husayn, one of the 12 Shia Imams, killed in the battlefield in 680 AD. The battle of Karbala that year marked the definitive schism of the Muslim community into its two main branches.

Ashura is the most important holy days for Shia Muslims, and is a widely commemorated and celebrated event in Lebanon where more than a quarter of the population identify themselves as Shia. Dahieh holds the biggest parade across the country, with an attendance that was estimated at 200,000 people in 2014. Hezbollah organises the event and its symbols are present but not overwhelming.

Holding his son in his arms, Jad attends the commemorations as usual. “We are here to celebrate the revolution of Imam Husayn more than 1,400 years ago” says this 37-year-old businessman.

Hezbollah’s presence in the parade cannot be missed. Journalists need to carry a special permit issued by them to enter the area which is enclosed by checkpoints but with little presence of soldiers or policemen from state institutions. Organised groups parade in military-style marches while singing political and religious songs. In other regions of the country, such as Nabatyeh, Beirut's Ashura parade contrasts deeply with the looseness of the Ashura commemoration set up by Amal, the other big Shia political party in Lebanon.

The latter supports the traditional bleeding ritual while Hezbollah endorses an “authenticated” parade, which does not include flagellation because they see the practice as un-Islamic.

Hezbollah's secretary general, Hassan Nasrallah, gives the closing speech in front of a huge crowd. The attendants cheer loudly at his political and religious exclamations.

“Of course Hezbollah’s intention is to benefit politically from Ashura,” says Imad Salamey, professor of political science at the Lebanese American University. A critic of Hezbollah’s policy, he believes the “Shia community in Dahieh mobilises behind Hezbollah, which is looking for legitimacy for its political actions”.

This combination of political and religious ideas makes legitimate opposition difficult to foment within the community. The party builds a narrative in which “criticising Hezbollah is criticising the Shia community”.

In Lebanon, it is hard to see a stronger connection between these two than in Dahieh’s Ashura celebrations. The origins of it can be traced back to Iran's Islamic revolution, the Lebanese war that allowed the creation of Hezbollah and the Israeli occupation of South Lebanon until 2000.

As Lara Deeb puts it in an academic article, some “Ashura commemorations have undergone a transformation in recent decades, from a ritual focused on mourning to one highlighting Islamic activism”.

A researcher on Hezbollah, Deeb says that religious reform in the Shia community after the rise to power of the Ayatollahs in Iran was key to imposing vision in which “Ashura history [is linked] to a contemporary activist discourse”.

The perceived parallels between the meaning of Ashura - Husayn’s fight against oppression and injustice - and Hezbollah’s resistance against the Israeli occupation of southern Lebanon allowed the party to build a narrative in its favour.

But since the Israeli occupation ended 15 years ago, Hezbollah has tied religion with recent regional developments. Sheikh Sadek Nabolsi works in Hezbollah’s office in Saida, a city less than an hour's drive from Beirut.

“The truth is that Hezbollah, when it intervenes in Syria, or when it’s resisting the Israeli occupation, or when it’s being present in any part of this region, it’s being inspired by Karbala and by its chivalry and nobility and honour and in defence of the rights of the oppressed,” says Nabolsi, a director of a Hawza, a seminary where Shia Muslim clerics are trained.

Nasrallah’s speech draws a parallel between Husayn’s battle and the fight of Hezbollah in Syria to support of the regime of Bashar al-Assad.

“We will never be humiliated. […] We won’t be moved by Israeli or Takfiri threats. We’ll work day and night for the dignity of all our people,” said Nasrallah. Takfiri describes Sunni fundamentalists, and Hezbollah’s official and Syrian and Iranian politicians have repeatedly used it as a conceptual frame for all opposition to Assad in Syria.

“We’ll keep on crying blood for Imam Husayn instead of tears,” he continued.

A large part of the Shia community in Lebanon identifies with the narrative that says that Assad’s fall would leave Sunni fundamentalists in power in Syria. Hezbollah began its armed intervention back in May 2013, when the main opposition groups were religious moderates who were politically affiliated to opposition groups in exile. But a series of attacks in Hezbollah’s stronghold and the rise of extremist groups, many of whom see Shia Muslims as infidels, reinforced the need for intervention in the eyes of many.

Wearing a black turban on his head, Sheikh Nabolsi portrays the way Hezbollah interprets the developments and the justification for its acts.

“This enemy wants to violate our woman like the enemies of the Imam Husayn did with his woman and the people of his family.”

On Saturday morning, at around 8 am, thousands of attendants sit down next to each other on the roads closed to traffic. Covering their heads in their hands, the mourners listen to a voice projected by the powerful speakers. It is the moment of majali, or mourning gatherings, where the speaker retells the history of Martyrdom, breaking into tears regularly.

Many cry in what is a collective trance during which people remember the faith of Husayn, the oppression and injustice that in their view has been suffered by the Shia community throughout history, but also personal tragedies.

“This moment of history means a lot in our religion and our society, and it is a moment of unity for our community,” says a young but confident Jana Mergeh, a 15 year-old student. “Everybody shares one opinion about the events that happened but everybody has his own personal perspective. It means different things for every single person.”

The individual perspectives about political developments are also shaped by historical events.

“Ashura is a revolution that continues to build up on us,” says Ghassan, another attendant, after recovering from the trance of collective mourning. “It is happening all across the region, in Yemen, in Palestine, in Syria”.

While describing the message of Ashura as resistance against oppression, Ghassan believes the uprising in Syria against more than half a century of single-party rule has been a mistake.

“The people who made the revolution in Syria didn’t do it right,” he says. “They made it only to fight and take arms." 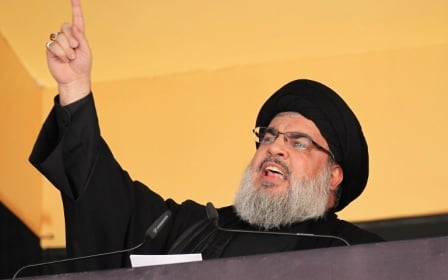 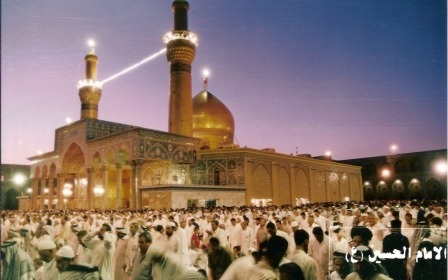