Hope and dismay as Iraq's Yazidis mark their New Year

The Yazidis have been able to return to their most holy place, but US jets hover overhead and IS militants lurk around the corner LALISH, Iraq - Yazidis throng the narrow road leading to the temple here, the holiest site of the ancient religious community. Around the temple, the crowd thickens, and then streams through the gate of the old stony structure.

From a leafy courtyard, people push into the cavernous inside, a series of dimly lit, damp rooms, where they kiss brightly coloured cloth draped around tombs of departed spiritual leaders.

The men, women and children have come to celebrate "Red Wednesday," the day that marks the beginning of the new year in the Yazidi calendar. Piled into minibuses, packed into the back of pickup trucks or cramped into ancient Opel Sedans, thousands of Yazidis from all over the Kurdish region have poured into Lalish for the occasion.

New Years is a rare opportunity to celebrate for the embattled and traumatised community.

The battered old Opels are the same make that can still be seen discarded by the side on the winding road descending into the town of Sinjar, abandoned by Yazidis desperate to escape when the Islamic State (IS) group stormed into their heartland in northern Iraq in August 2014. The militants intended to eradicate the Yazidis in Iraq, whom they consider devil worshippers.

IS militants killed an estimated 1,300 men and old women that could not escape its rapid advance, and abducted more than 5,000 women and children. Of those, around 3,500 still remain in captivity, the women abused as sex slaves and the children indoctrinated in the group’s schools.

IS has been pushed back by Kurdish forces, but the militants still occupy many Yazidi villages on the Nineveh plains, and are still close enough to Sinjar to fire rockets filled with poison gas into the ruined town. Most Yazidis continue to live in refugee camps around the nearby city of Dohuk in Iraqi Kurdistan.

As the Yazidis gather at Lalish two years later, the roar of circling coalition war planes can be heard, a reminder that IS still menaces nearby. The trauma of their loss remains pervasive even during the celebrations.

"The sorrow is in the heart of everyone here," said Qasim Rasho, a withered 79-year-old wearing a white kandura and a chequered headscarf, who sits on the grass next to the road leading to the temple. Like most people here, he has lost family members to the IS onslaught.

"I am sad even today. Many of our women and girls are still with Daesh. We won't be happy until all of them return," agrees 44-year-old Badal Hamo Ase from the village of Khanasoor near Sinjar, which continues to lie empty after being liberated from IS in late 2014.

IS’s murderous attack on the secluded community has heightened its sense of a common identity, says Mirza Diyanni, a Yazidi from Germany who works for the Kurdish Regional Government (KRG), and who is involved in the efforts to free the captive women and children. Lalish, a small hamlet nestled between to hillsides, has become an important focal point of this revival, and Yazidis flock to the holy site throughout the year.

"The people that have been rescued from Daesh come to Lalish immediately," says Diyanni, standing in the temple courtyard. "Even for the young generation, which isn't that informed about the religion, the religious festivities and holidays are very important. The Yezidi identity is becoming more pronounced, not in a religious sense, but as a social identity.

Red Wednesday now draws more visitors to Lalish than before the IS attack, which was declared a genocide by the US government last month.

"Last year, there were fewer people here, it was the first New Years after Daesh came. But today, there are more visitors than ever before," says Hussein Hassan, a 54-year-old, who lost 50 members of his extended family.

Most of the visitors are young, and men and women with trendy haircuts and fashionable clothes are busy snapping selfies on their smart phones.

"Religion is more important to us now, as life has become more difficult," says Ghaleb Dardwesh, 19, who has come to Lalish with a group of friends.

There are no ceremonies to mark the Yazidi New Year, and the crowd that jammed the road through Lalish and pushed into the temple could have passed as revellers at an amusement park. Only occasionally the custodians of the temple could be seen in white turbans and robes, moving amongst the crowd or slouched against the walls, with older Yazidis lining up to pay their respects.

The young were busy turning religious rituals into games. In a room deep inside the temple, a group of youth are clustered around a simple stone altar, noisily queuing for their turn to toss a piece of cloth onto the altar's ledge.

In Yazidi custom, a successful throw will bring seven years of good fortune, but to the participants that belief seemed to hold little more value than the prizes won at a fairground shooting gallery.

In the adjacent room, visitors can throw pebbles at two holes in the ground. Hitting the right one guarantees you a place in heaven, the tradition goes, hitting the other lands you in hell. Few take this game of high stakes seriously.

Within the carnival atmosphere, the reminders of recent horrors are not difficult to find.

With KRG backing, a small group of Yazidi activists have been smuggling Yazidi women out of IS captivity within months of the Sinjar attack. One of the key players in this deadly game of cat and mouse stands next to Diyanni in the temple courtyard. Known to the Yazidis as Abu Shijaa, the bespectacled, middle aged man with an avuncular demeanour commands huge respect in the community.

A constant flow of men come to shake his hand and have their pictures taken with him, some kiss him on the cheek in gratitude. Abu Shijaa and his partners have managed to free hundreds of women and children from ISIS strongholds of Raqqa, Deir Ezzor and Mosul, but their work has become more difficult of late.

"It’s harder to rescue Yazidis now. Daesh is using the hisbah to keep the women under observation," says Abu Shijaa, referring to the female members of IS’s religious police. Yazidi boys that are kept apart from their mothers in IS schools are almost impossible to smuggle out, and some of the smugglers who have tried have been captured and killed, he says.

IS is only the latest in a series of attacks on the Yazidis, who are considered devil worshippers by hardline Muslims. In 2007, a coordinated series of bomb blasts in Yazidi towns near Mosul killed 500 people, the second biggest terror attack after 9/11. Many Yazidis are convinced that Iraq offers them no future, and are determined to make the perilous journey to Europe.

If they have their way, the huge crowds ushering in New Years at Lalish could soon be a thing of the past. But community that has been persecuted might not be so easy to displace from its ancestral lands.

"There have been seventy-two pogroms against us, we will survive this too," Abu Shijaa says defiantly. 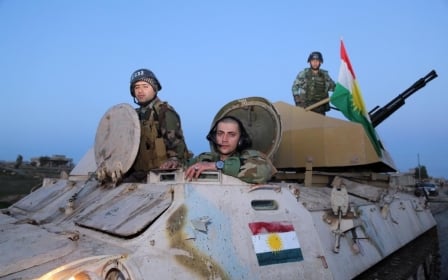 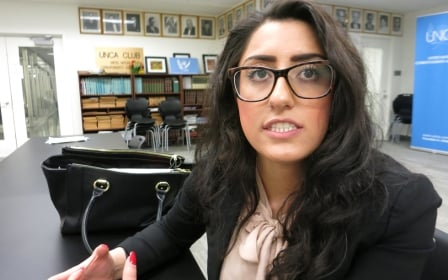