Salafi militias control strategic neighbourhoods and the port, halting the flow of basic goods to the city 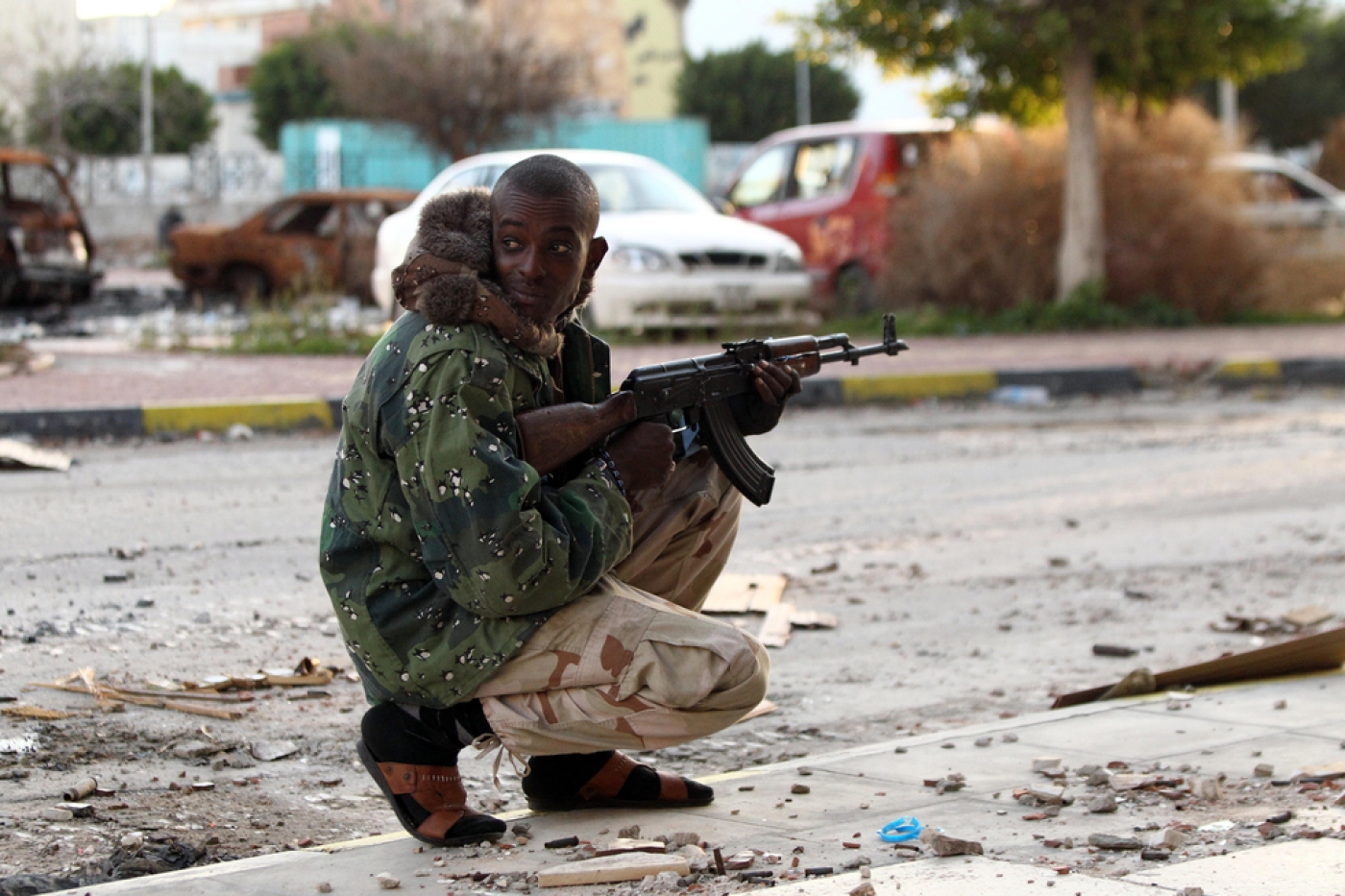 BENGHAZI, Libya - Benghazi has had a few turbulent years since the bloody overthrow of former leader Muammar Gaddafi.

Today, Libya’s second city looks vastly different from the Benghazi of four years ago, although conflict and violence continue to grip the birthplace of the 2011 revolution.

Since General Khalifa Haftar launched his Operation Dignity a year-and-a-half ago, which aimed to root out what he called as “Islamist and terrorist forces” from the city and beyond, key pockets of resistance remain and fighting rages on.

In May 2014, many city residents welcomed his announcement that he planned to boot out religious militias like Ansar al-Sharia and end a long season of murders and kidnappings.

But Haftar has been unable to claim victory. After 16 months of war, 1,600 people are thought to have been killed and more than 100,000 people, or about a quarter of the entire Benghazi population, are internally displaced.

Haftar claims to control 90 percent of Benghazi, but militants of the Shura Revolutionary Council, which is linked to Ansar al-Sharia and Fajr Libya (militias close to Tripoli's government), are holding out in strategic areas and are understood to be in full control of the city’s port and several of the city’s central neighbourhoods.

Amid the chaos, the Islamic State group has entered the fray.

In the Lithi ruins

In March, Haftar was named the supreme commander of Libyan army, which is formally linked to the Tobruk-based government chaired by Abdullah al-Thinni. But with an arms embargo in place, Haftar has not been able to adequately arm or train his men for the battle against the militias.

The Ministry of the Interior has set up a special force that supports Haftar along the frontlines and makes up part of a mosaic of forces in the field: government military forces, in conjunction with some smaller Salafi militias against Ansar al-Sharia, and citizen brigades have taken up arms to defend the city.

Despite this, the situation is deadlocked and there are 11 open frontlines in the city alone, according to fighters in Benghazi.

Along some streets, clashes break out on a daily basis, with the western El Sabri and southern Lithi neighbourhoods most effected. Not so long ago, they were seen as affluent residential communities, but they have since become a stronghold for religious militias determined to retain influence in the city.

In Lithi, pro-Haftar, army-trained citizens are locked in an ongoing battle with the Islamists for control. But with little formal training, the largely young fighters – who wear t-shirts and slippers instead of army fatigues – are complaining of war weariness.

"In front of us [and our front lines], there are [IS] snipers,” Said, a Special Forces fighter who provided few details about himself, told MEE.

“Now IS and Ansar al-Sharia are the same thing. Snipers here are very dangerous and we have no means [to fight them off]. We buy weapons on the black market, often with our money, with our savings, but we are tired,” he told MEE.

“Maybe Haftar’s war is not our war anymore. We all began to fight because we were hoping to retake the city in a short time, but with each passing day, or every suicide attack, we lose comrades and hope. We cannot do it without aid and ammunition," Said added.

Most of Libya’s wealthy citizens have left the country, while the poorest have moved into empty schools. The city's educational buildings have been closed as a result of the war, lessons have been suspended and there is usually a displaced family sheltering in every classroom.

"The schools are all closed and hosting displaced people, already hospitals that remained open no longer receive the necessary medicines, [and there] begins to not be enough food,” said Hafed, a former medical student who abandoned his studies to help his family. He also fights with the pro-Haftar militias.

Last July, a warplane from the Libyan army bombed a ship just outside Benghazi’s port for allegedly carrying weapons, but the flow of guns has not been stemmed.

With Ansar al-Sharia and possibly IS controlling the port, Special Forces and self-organised civilian fighters claim that the militant groups have been able to smuggle in supplies.

“The necessary machinery and the necessary reserves are not reaching us from the port. The normality you [can see in some parts of town] is only superficial,” Hafed added while pointing out that the city centre has been all but levelled by the fighting.

Many relief goods are running out. The queues to buy petrol and bread stretch for several kilometres every day and only grow longer as getting fuel into the city becomes harder to come by.

With no fuel to power the local power station and generators, continuous power blackouts have affected large swathes of the city. Entire streets in Benghazi have also become awash with rubbish, with Ansar al-Sharia and other militias in full control of the city’s dump.

Tareq, a 29-year-old Benghazi resident, works for the Tobruk government’s Interior Ministry. He says that three of the five power plants that supply the city are unusable as a result of the clashes, but for him the crippling power shortages are a secondary concern.

"We had months of daily murders and 2014 was a terrible year,” he told MEE over coffee in Benghazi.

“I've seen too many friends and comrades die: soldiers, officers, activists, journalists. Kids aged just 17 who were only asking for justice for this country.”

“[At one time we were seeing] even six, seven, 10 murders a day. The terrorists would enter the house wearing masks and take people. Sometimes family members discovered that their relatives had died only after seeing photos of the bodies posted on the internet,” he added.

Suicide attacks have surged in the city despite Haftar’s advance. In the latest large-scale attack, 11 pro-Haftar fighters were killed on 28 July. Many more are picked off on a daily basis by IS snipers and grenades.

"When we hear on the radio or read in the newspapers about the army of Haftar [we have to ask ourselves] what army?” said Ibrahim, a thin 40-year-old resident who joined a pro-Haftar brigade.

Ibrahim, who fought in the 2011 NATO-backed uprising against Gaddafi, said that he used to own a grocery store and made a comfortable living before the violence flared back up.

“I did not think to fight again, but I did it. Because it's right. Because I've seen my friends and my relatives die,” he told MEE while on patrol in Lithi. “But we must tell the truth: in these conditions we cannot move forward."