The ceasefire in Hodeidah was broken on Wednesday after Houthi fighters and Saudi-backed pro-government troops renewed clashes in the port city, jeopardising future peace talks to end the war in Yemen.

Hodeidah is a lifeline to millions of Yemenis and serves as the main entry to food imports and international aid. The city has been under control of Houthi rebel forces.

The latest round of fighting comes after the United Nations on Tuesday said that the ports had been handed over to a coastguard and the Houthi pullout was going to plan.

The Houthi withdrawal from Hodeidah and two other Red Sea ports began on Saturday and was the most significant advance yet in efforts to end the four-year-old war.

But both sides reportedly renewed clashes on Wednesday, a day after the Iran-aligned Houthi movement claimed a drone attack that Saudi Arabia said had hit two of its oil pumping stations.

Houthi-run media said pro-government forces had hit various parts of Hodeidah city, including the airport, with heavy and medium weapons.

The coalition-backed forces said in a report that Houthi fighters tried to infiltrate Hodeidah and the al-Duraihmi area to its south but pro-government troops foiled them.

Saudi Arabia and the United Arab Emirates, a leading member of the coalition, have yet to comment on the Houthi withdrawal.

The coalition has forces massed on Hodeida's outskirts and under the withdrawal plan's first phase, they are supposed to eventually also drawback.

Lieutenant General Michael Lollesgaard, the head of the U.N. committee overseeing the withdrawal, said in Hodeidah on Tuesday that the United Nations now had full access to the ports, which would allow its inspectors to check ships docking in the ports for any Houthi arms imports, he said.

It was not clear what effect the renewed fighting might have on the process.

France said on Wednesday the drone attacks on Saudi oil installations threatened regional security and it urged all sides to avoid an escalation that would put peace talks at risk. France is a major arms supplier to Saudi Arabia.

The ceasefire in Hodeidah agreed during peace talks in Stockholm in December, has largely held despite intermittent shelling and skirmishes, but violence continues elsewhere in the country.

Saudi-owned Al Arabiya television said on Wednesday that government forces had killed 97 Houthi fighters in the governorate of Al-Dhalea in southwest Yemen. There was no confirmation from the Houthis.

The Saudi-led coalition, which receives weapons and other support from the West, intervened in Yemen in March 2015 after the Houthi movement ousted Hadi from the capital Sanaa. Hadi fled to Saudi Arabia while his internationally-recognised government based itself in the southern port city of Aden.

The war is seen as part of a wider regional conflict between Saudi Arabia and Iran. Tens of thousands of people have been killed, many of them civilians, and aid agencies say the humanitarian crisis is the worst in the world. 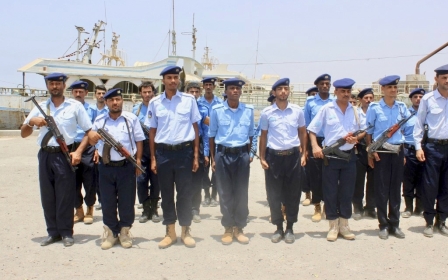