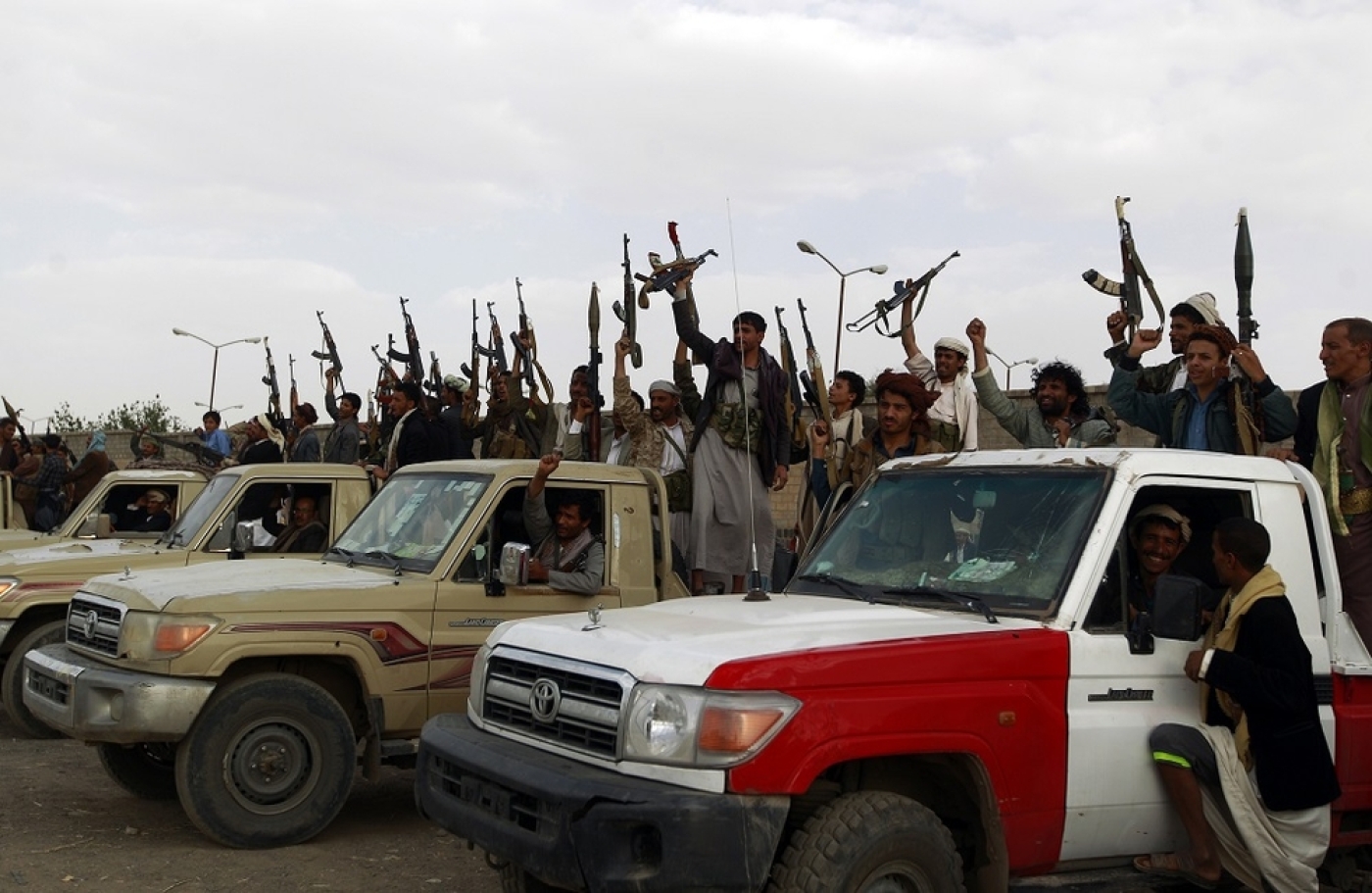 Armed tribesmen, loyal to the Houthis, brandish their weapons during a gathering in the capital Sanaa (AFP)
By
MEE and agencies

Yemen's Houthi on Wednesday said that they would reject any peace deal that did promise to bring in a unity president who would guide the country forward during its transition.

The demand comes a day after the UN envoy for Yemen said he had proposed a process for peace following two months of negotiations in Kuwait, and appears to signal the Houthis desire to push for more concessions.

"Foremost among these is the presidency which is at the centre of the negotiations and on which all the other issues - like the formation of a national unity government and a supreme military and security committee - depend," the Houthis said in a statement.

The position is likely to clash with Saudi-backed government of President Abd Rabbuh Hadi, who insists that he is the legitimate president and must stay on.

Houthis control swathes of the country, including the capital Sanaa, and have allied with former President Ali Abdullah Saleh in their long-term bid to secure a larger part of the national pie, with the largely Shia Houthis traditionally hailing from the country’s northern regions and complaining of political and economic underrepresentation.

They first seized the capital Sanaa in September 2014 and placed President Hadi under house arrest in January last year. Hadi, however, was able to escape and first fled south, before fleeing to Saudi Arabia where he was able to secure support.

Riyadh quickly formed a coalition to help roll the Houthis and their allies back but despite more than a year of heavy bombing have only reclaimed parts of Yemen and have not been able to dislodge the Houthis from Sanna.

The peace roadmap announced by UN envoy Ismail Ould Cheikh Ahmed calls for the implementation of security arrangements set out in an April 2015 Security Council resolution and the formation of a government of national unity.

Security arrangements under Resolution 2216 require the Houthis and their allies to withdraw from areas they have occupied since 2014, including Sanaa, and hand over heavy weapons.

"The delegations have responded positively to the proposals, but have not yet reached agreement on the sequencing of the different steps provided in the roadmap," mainly when the unity government would be formed, Ould Cheikh Ahmed told the Security Council on Tuesday.

The government has resisted proposals for a unity administration before the rebels' withdrawal and handover of arms, fearing it would undermine Hadi’s international legitimacy.

As the peace talks have dragged on in Kuwait, there has been renewed fighting on the ground despite a UN-brokered ceasefire that took effect on 11 April.

On Tuesday, the Houthis advanced towards Yemen's biggest airbase - al-Anad – in which dozens of fighters on both sides were killed.

The UN envoy expressed "strong indignation" at the rebel advance in a statement early on Wednesday, saying it was a "grave development that could threaten the talks."

More than 6,400 have been killed in Yemen, since a Saudi-led coalition intervened in support of Hadi's government in March last year.

Another 2.8 million people have been displaced and more than 80 percent of the population are in urgent need of humanitarian aid, according to UN figures.