In 2010, Egypt was named as one of the top five countries for illegal organ trade by the WHO coordinator Luc Noel 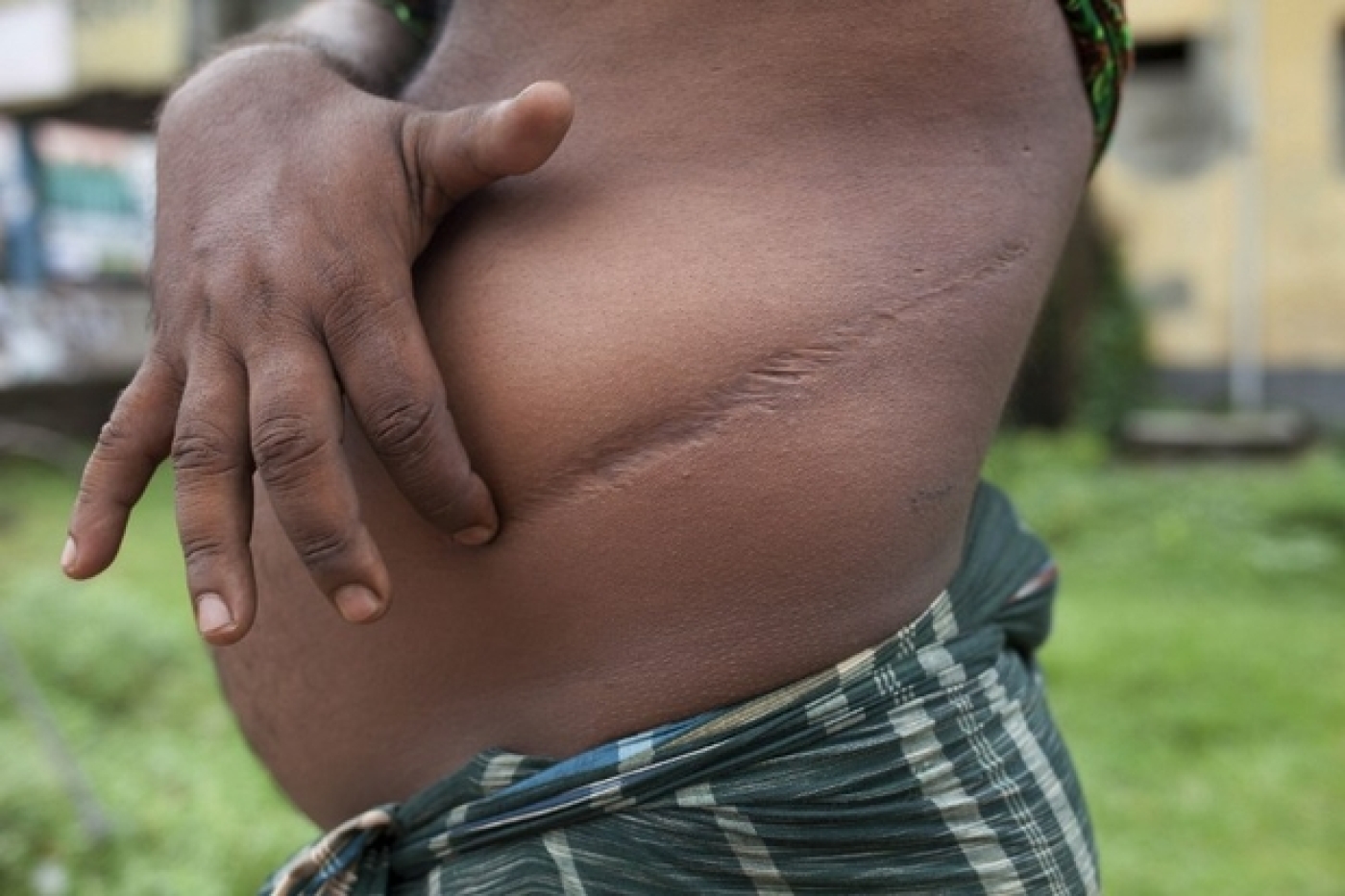 According to the UN, hundreds of poor Egyptians sell kidneys and livers to be able to buy food or pay off debts (AFP)

Heaps of unidentified human bones and remains were found by locals on several sites on a desert road near Egypt’s southern province of Asyut, reported Egyptian media earlier this week.

Locals had reportedly spotted the remains and reported them to local authorities several weeks ago, but nothing had allegedly been done, reported Alahram newspaper.

One eyewitness told Alahram newspaper that the remains included what appeared to be bones and skulls of both adults and children.

The remains were reportedly found among heaps of rubbish and plastic bags and appeared to have been left at the site for at least a couple of months, wrote the paper.

Following the reports, Egyptian security authorities confirmed in a statement that they had uncovered 14 parcels full of human remains dumped near the southern Egyptian village of Mir in Asyut on 23 August.

The authorities buried the remains at the site on 24 August after examining them and getting authorisation from the prosecutor’s office, Alahram reported.

Following the first discovery, locals reportedly located another site full of bones about 300 kilometres away from Mir, according to Egyptian media.

The discoveries have sparked fear among locals who believe that the findings may be linked to networks of human organ trafficking rings in the country.

Several families have reportedly filed reports to prosecutor offices’ across the country that family members, many of which were children, had gone missing over recent months, according to Egyptian media.

In December last year, the Egyptian ministry of health and national security agency announced it had arrested a group of 45 doctors, nurses and professors suspected of being involved in an international organ trafficking ring.

The suspects were reportedly arrested while preparing to harvest a kidney and part of a liver from one of their victims, with a plan to transplant it to a patient for $10,000.

The Administrative Control Authority, a powerful anti-corruption body, claimed the network was "made up of Egyptians and Arabs taking advantage of some of the citizens' difficult economic conditions so that they buy their human organs and sell [them] for large sums of money".

The statement on the government website said that an investigation, which had been launched at the time and involved the health ministry, focused on a group of private hospitals and health centres, both licensed and unlicensed, where transplants and organ-harvesting took place, according to the Reuters news agency.

It is illegal to purchase organs in Egypt, but poverty drives some to sell their body parts.

"The accused who were arrested exploited the economic situation of some Egyptians and the suffering of some patients and their need for treatment to take large financial sums from them, thus breaking the law," the ministry said in a statement.

Ever since the 2011 uprising that toppled longtime ruler Hosni Mubarak, the country’s economy has suffered from the turmoil and loss of tourist income, with millions of Egyptians struggling to make ends meet.

The arrests follow years of concern over the illegal organ trade in Egypt.

In 2010, Egypt was named as one of the top five countries for illegal organ trade by Luc Noel, the WHO's coordinator at the time.

Egypt passed laws to try to curb the trade, but according to the UN, hundreds of poor Egyptians still sell kidneys and livers each year to be able to buy food or pay off debts.

Concerns over the fate of migrants who come into contact with the traffickers have also been raised since the bodies of nine Somali migrants were reportedly found in April last year, reported Egyptian media at the time.

In 2012, then UN refugee agency chief, Antonio Guterres, said some migrants in Egypt's Sinai peninsula were being "killed for the traffic of organs," while earlier this year a people smuggler told Italian prosecutors that those who could not pay their debt were sold to the organ traffickers.

These allegations have not been proven.