Torture in Egypt 'may amount to crime against humanity': HRW

'Widespread and systematic use of torture' by Egyptian security services invites another cycle of unrest as seen in 2011, says report 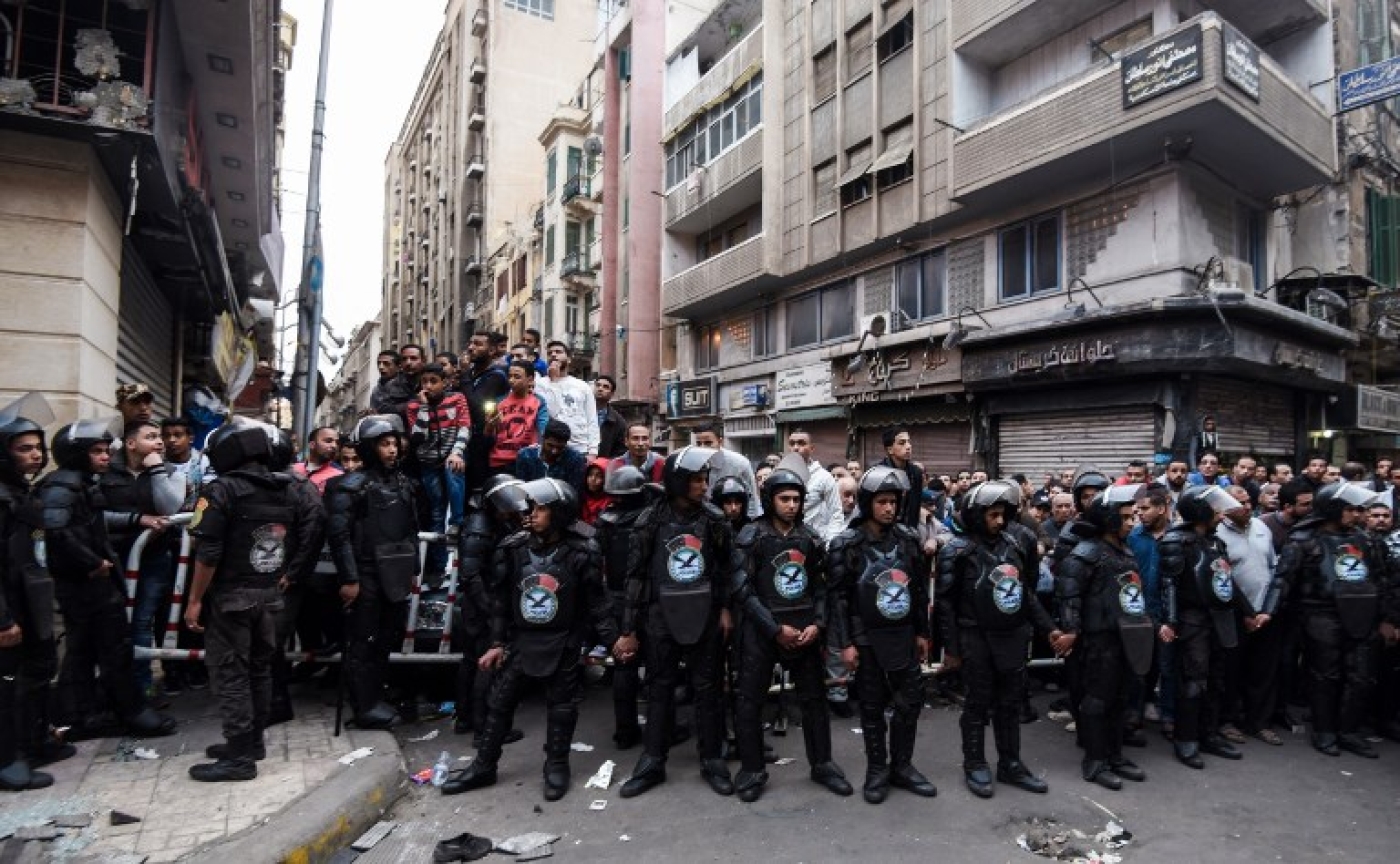 The Egyptian authorities are using systematic torture that could amount to possible crimes against humanity and may invite more unrest in the country, a new report from Human Rights Watch warns.

“You’re at their mercy, ‘Whatever we say, you’re gonna do,” Khaled* recalls being told after his arrest in Alexandria when he was taken to the city’s interior ministry headquarters in January 2015.

“They electrocuted me in my head, testicles, under my armpits. They used to heat water and throw it on you. Every time I lose consciousness, they would throw it on me,” Khaled told Human Rights Watch in the report.

Khaled denied the allegations made against him, but he was tortured for six days using electrified wires until he read, on camera, a prepared confession stating he had burned police cars on the orders of the Muslim Brotherhood, the report says. He was allowed no contact with relatives or lawyers.

In a 63-page report titled: "We Do Unreasonable Things Here’: Torture and National Security in al-Sisi’s Egypt," HRW detailed how Egypt’s regular police and national security officers routinely use torture including beatings, electric shocks, stress positions and even rape while investigating suspected dissidents, or to punish them.

“President al-Sisi has effectively given police and National Security officers a green light to use torture whenever they please,” said Stork.

“Past impunity for torture caused great harm to hundreds of Egyptians and laid the conditions for the 2011 revolt,” he added while explaining that the continuation of this “heinous crime [torture] across the country invites another cycle of unrest.”

In its report, which used interviews with 19 former detainees and the family of a 20th who were tortured between 2014 and 2016, HRW said that the documented techniques of torture had been practised in police stations and national security offices throughout the country for many years.

HRW also reviewed dozens of reports about torture produced by Egyptian rights groups and media outlets, including a report by the Egyptian Coordination for Rights and Freedoms (ECRF) which identified 30 people who died from torture while being held in police stations and other Interior Ministry detention sites between August 2013 and December 2015, and another 14 in 2016.

Under international law, torture is a crime of universal jurisdiction that can be prosecuted in any country.

States are required to arrest and investigate anyone on their territory credibly suspected of involvement in torture and to prosecute them or extradite them to face justice.

The detainees interviewed for the report revealed how security forces regularly used torture during their investigations in national security offices or police stations to force political detainees to confess or divulge information.

'You’re at their mercy, ‘Whatever we say, you’re gonna do'

In five of the 20 cases investigated by HRW, security officers reportedly used torture to force suspects to read prewritten confessions on video – such as in the case of 29-year-old Khaled - which the interior ministry then sometimes published on social media channels.

Police and security officers usually stopped using torture once they obtained confessions or the names of suspects’ friends and acquaintances, said the report.

But the torture and interrogations also usually served as prelude to prosecution proceedings, some of which ended in trial.

The former detainees interviewed by HRW described the tactics used against them as amounting “to an assembly line of abuse aimed at preparing fabricated cases against suspected dissidents”.

The interviewees told HRW that this “assembly line” typically began “at the point of arbitrary arrest, progressing to torture and interrogation during periods of enforced disappearance, and concluding with presentation before prosecutors, who often pressure detainees to confirm their confessions and take no measure to investigate the violations against them”.

According to the report, detainees described interrogation sessions as usually involving security officers typically “shocking a blindfolded, stripped, and handcuffed suspect with a handheld electric stun gun, often in sensitive places such as the ears or head”.

One of two positions regularly used during interrogations involved officers handcuffing suspects’ arms behind their back, pulling up their arms, placing their handcuffs over the top edge of a door, and hanging them above the floor - an unnatural position that causes excruciating pain in the back and shoulders, sometimes dislocating them.

The second position, called the “chicken” or “grill,” in the report, involved laying suspects on their back and placing their knees over a stick or bar while wrapping their arms around the bar from the other side.

According to the report, “the [Egyptian] authorities have reconstituted and expanded the repressive instruments that defined Mubarak’s rule” since the military unseated former president Mohamed Morsi in 2013.

In addition, the report claimed that the regularity of torture and the impunity for its practice have discouraged those who are abused from filing complaints to prosecutors, as they have no hope that their abusers will be held to account.

Although prosecutors officially investigated at least 40 torture cases between July 2013 and December 2016, HRW says that number is only a fraction of the hundreds of allegations made.

At the same time, HRW found only six cases in which prosecutors won guilty verdicts against interior ministry officers. All these verdicts remain on appeal and none involved the National Security Agency, said the report.

Egypt’s history of torture stretches back more than three decades, with HRW first recording the torture techniques documented in the report as early as 1992.

Egypt is the only country to be the subject of two public inquiries by the United Nations Committee Against Torture.

In 2017, the committee wrote that the facts gathered “lead to the inescapable conclusion that torture is a systematic practice in Egypt”.

*Names have been changed by HRW for security reasons. 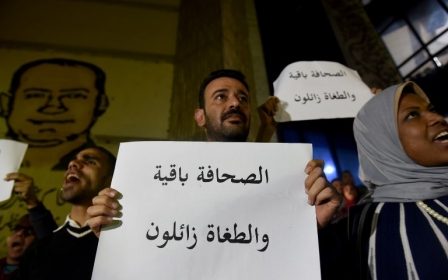 Egypt Turmoil
Where is Abdulrahman? The search for my disappeared Egyptian cousin
Mona Hassan Elsayed