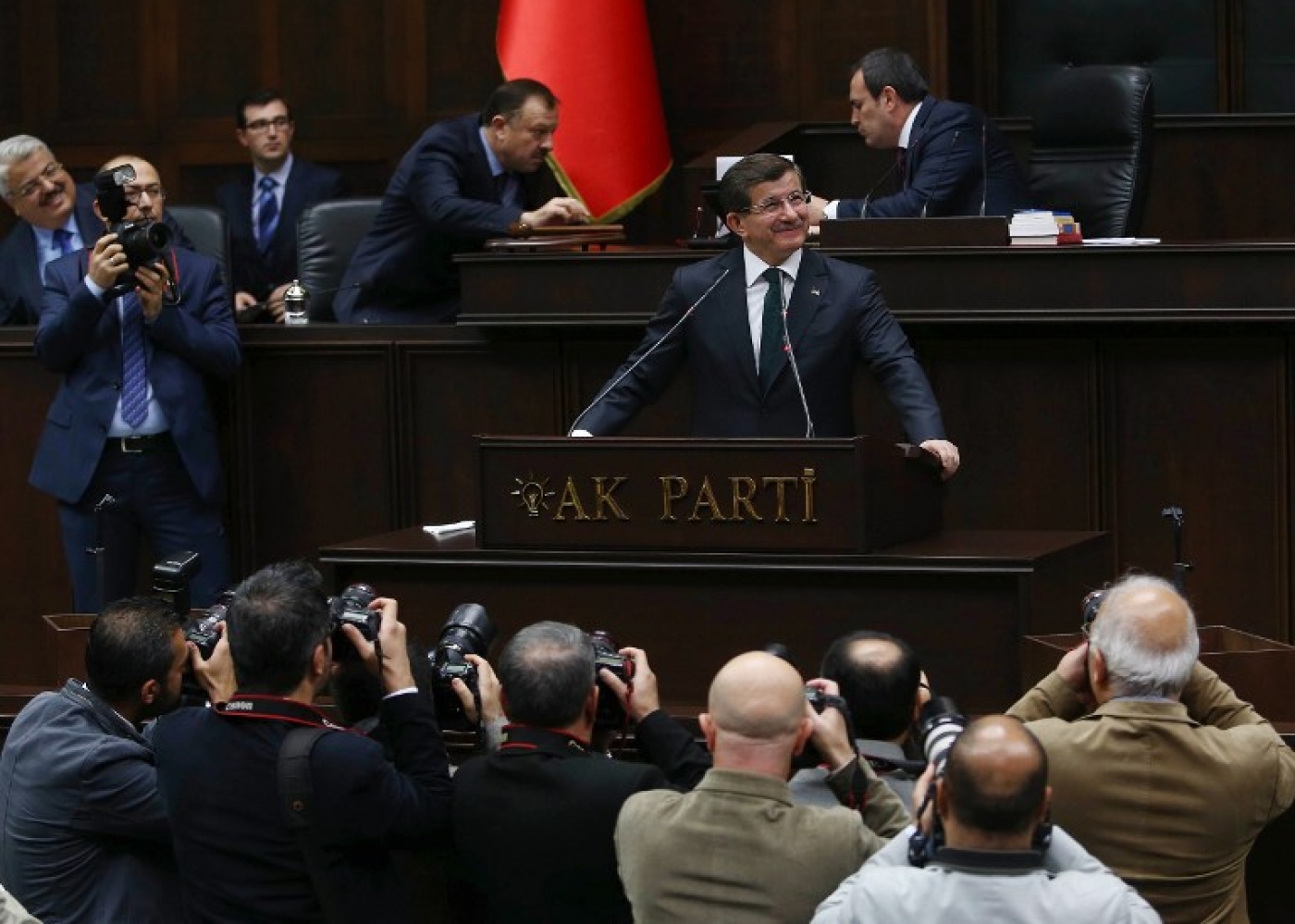 Human Rights Watch condemned in a statement on Thursday a draft bill that aims to expand police powers in Turkey.

“The government has already pushed problematic new police measures through parliament, and now it wants to give itself even greater security powers,” said Emma Sinclair-Webb, senior Turkey researcher at HRW.

“Parliament should put the brakes on and ensure that this bill protects human rights as well as public safety.”

HRW believes that a number of proposals in the draft security bill introduced on 24 November, would “stiffen penalties for people involved in protests and allow provincial governors to instruct police…seemingly usurping the role of prosecutors and judges,” said the statement.

The bill has been seen as a response to the Kobani protests that spread across southeastern Turkey in October. Prime Minister Ahmet Davutoglu said in remarks to reporters on Tuesday that the government introduced the bill so as not to repeat the events of 6-7 Oct, referring to the violent protests triggered by events in the Syrian Kurdish town.

The draft law is aimed to restructure the country's law-enforcement agencies, domestic security and civilian affairs' authorities. If it is passed, Turkey’s police department will be restructured, while new measures to prevent crime and new criminal investigation procedures will also be introduced.

According to the draft bill, possession of fireworks, molotov cocktails and slingshots will be considered crimes punishable by law, while protesters who cover their faces at rallies will be regarded as potential criminals and prevented from taking part in demonstrations.

Furthermore, all transactions involving the 'bonzai' - a cheap, addictive and potent form of a marijuana-like substance - will be considered as illegal as conducting deals for other addictive drugs.

Police will be able to act pre-emptively and may conduct raids based on intelligence of possible criminal activity; the interior minister will have the power to appoint junior commanders in Turkey's General Command of the Gendarmerie; and the provincial governor will also get the power to give direct orders to the chief of law-enforcement authority.

“It [the draft bill] is very worrying because it eases police powers to arrest without getting the authorisation of the prosecutor, allows the governor of a province to order police to pursue criminal investigations and paves the way for mass detentions,” Sinclair-Webb told MEE.

“This could build a system which can abuse power very easily; the government can request the police to behave in a certain way without ensuring checks from the judiciary,” she added.

Furthermore, on 2 December Turkey’s parliament passed a separate law that was introduced in October which had already widened police and court powers.

Human rights groups condemned the bill saying it would muzzle government critics and restrict lawyers’ right to access evidence against their clients during investigation.

In a statement issued on 22 October, HRW said: “The government seems intent on reversing its own much needed reforms to control the powers of search and wiretapping.”

Turkish government officials however have said that maintaining internal stability and security and safeguarding the Kurdish peace process have been the main aims of the legal reforms proposed.

The new security bill will "secure the fate of the resolution process," President Recep Tayyip Erdogan said, referencing that the protests in October had jeopardised the Kurdish peace process launched in 2012 through talks with jailed Kurdish militant leader Abdullah Ocalan, in an effort to end the 30-year-old insurgency.

“Neither the terror threat, nor the threat of creating turmoil on the streets or barbarically committed murders can harm Turkey’s direction. After the judiciary-security package that is currently being drafted goes into force, this situation will be secured,” Erdogan said in his address to the 4th Council of Tradesmen and Artisans in Ankara on 26 November, reported Hurrieyt Daily News.

Turkish security experts have also substantiated the government’s reasoning for proposing the bill.

“We are in a really critical situation. What happened in October puts the resolution process in danger as well as internal security and the safety of the citizens, said Kilic Kanat, assistant professor of political science at Penn State University and a research fellow at the SETA Foundation.

“These new laws are not meant to move Turkey away from democratisation or violate individual rights. Turkey understands that the peace process is extremely important; the government is trying to steer the country away from a situation that would endanger it,” he Kanat told MEE.

European Union observers who have continuously highlighted the need for Turkey to conform to international human rights standards as a means to facilitating the state’s EU accession.

According to the Turkey Progress Report 2014 prepared annually by the European Commission, criticism of Turkey was prevalent in the areas of: prevention of torture and ill treatment; reform of the prison system; access to justice; freedom of expression; freedom of press; freedom of thought and religion; woman’s rights and gender equality; as well as freedom of assembly and association.

European Council President Herman Van Rompuy, who chairs EU summits, had stressed in a statement in January the need for Turkey to stick to the rule of law and separation of powers.

"It is important not to backtrack on achievements and to assure that the judiciary is able to function without discrimination or preference, in a transparent and impartial manner," he said.

Turkish analysts and government officials have defended the reforms by saying that European states have similar laws.

“Almost all of these laws are based on the practices of EU member countries. The state will not do something to endanger its democratisation, accession or resolution processes,” Kanat told MEE. Diplomacy
EU to press Turkey on IS militants, Russia