Protesters gathered outside a Moroccan court as the trial opened for Hajar Raissouni, a journalist accused of having late-term abortion 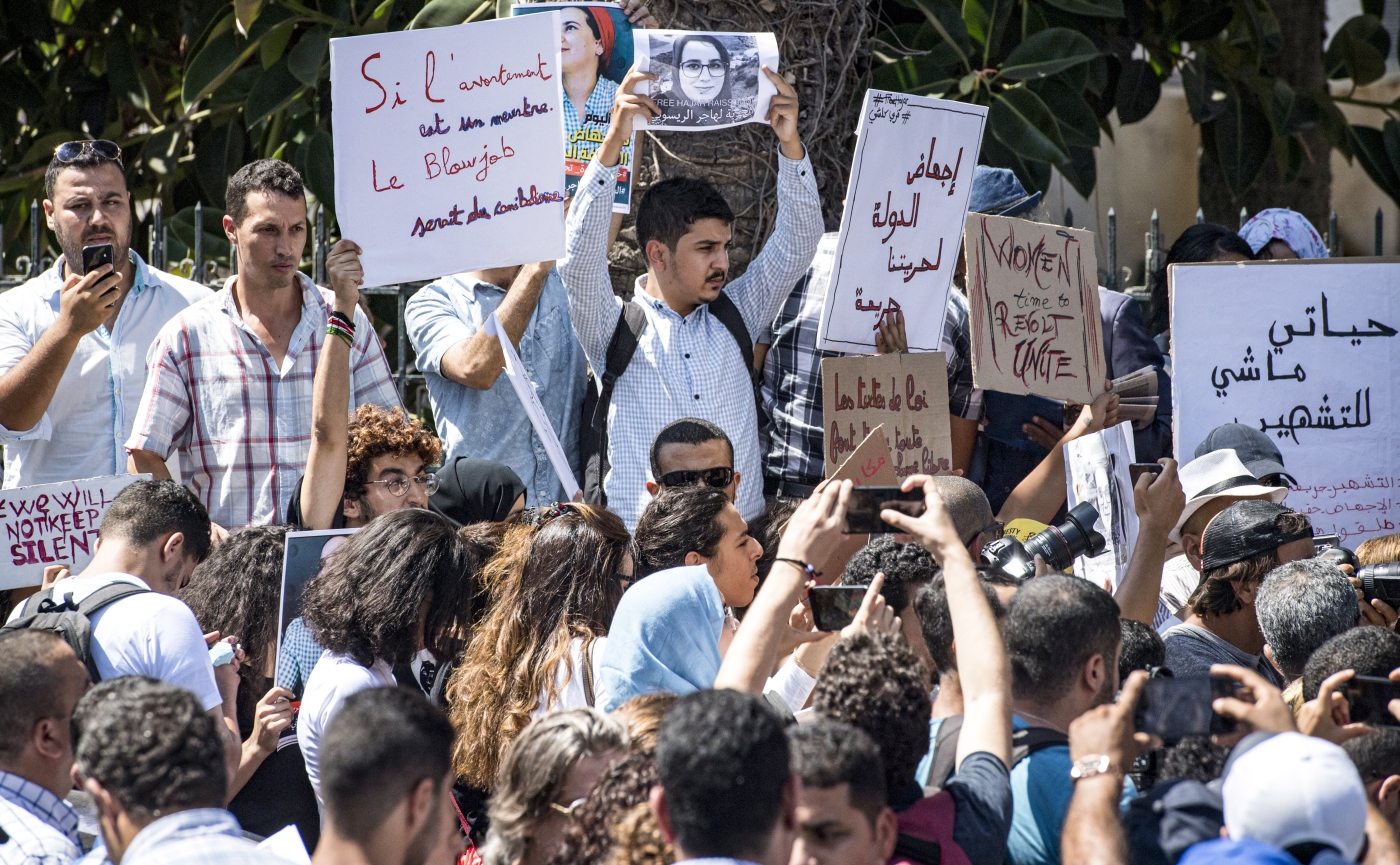 Demonstrators hold up portraits of Hajar Raissouni, a Moroccan journalist on trial for alleged late-term abortion, in Rabat on September 9, 2019 (AFP)
By
MEE and agencies

Hundreds protested on Monday in front of a Moroccan court in the capital Rabat where the trial of a journalist accused of getting an illegal abortion was underway.

Hajar Raissouni, who works for the Akhbar al-Yaoum daily newspaper, was arrested on 31 August. Her detention has caused an international outcry, with rights groups accusing Moroccan authorities of violating the journalist's privacy and basic rights.

The protesters shouted slogans like "Freedom for Hajar" and "Our society is in danger", and brandished placards urging "My body, my freedom" and "No, to the criminalisation of sex between consenting adults”, according to AFP.

Abortion is illegal in Morocco, unless pregnancy endangers the life of the mother.

Raissouni has denied the charges against her, saying that they were politically motivated as she had been interrogated by security forces about her work as a journalist.

Raissouni and her Sudanese fiancé were due to get legally married this week. He was also arrested, along with the doctor, a nurse and a secretary.

NGOs say between 600 to 800 women have clandestine abortions every day in the country, but last year only 73 were tried for having abortions.

"What is happening to Hajar Raissouni... has nothing to do with the penal code," journalist Omar Radi was quoted by AFP as saying.