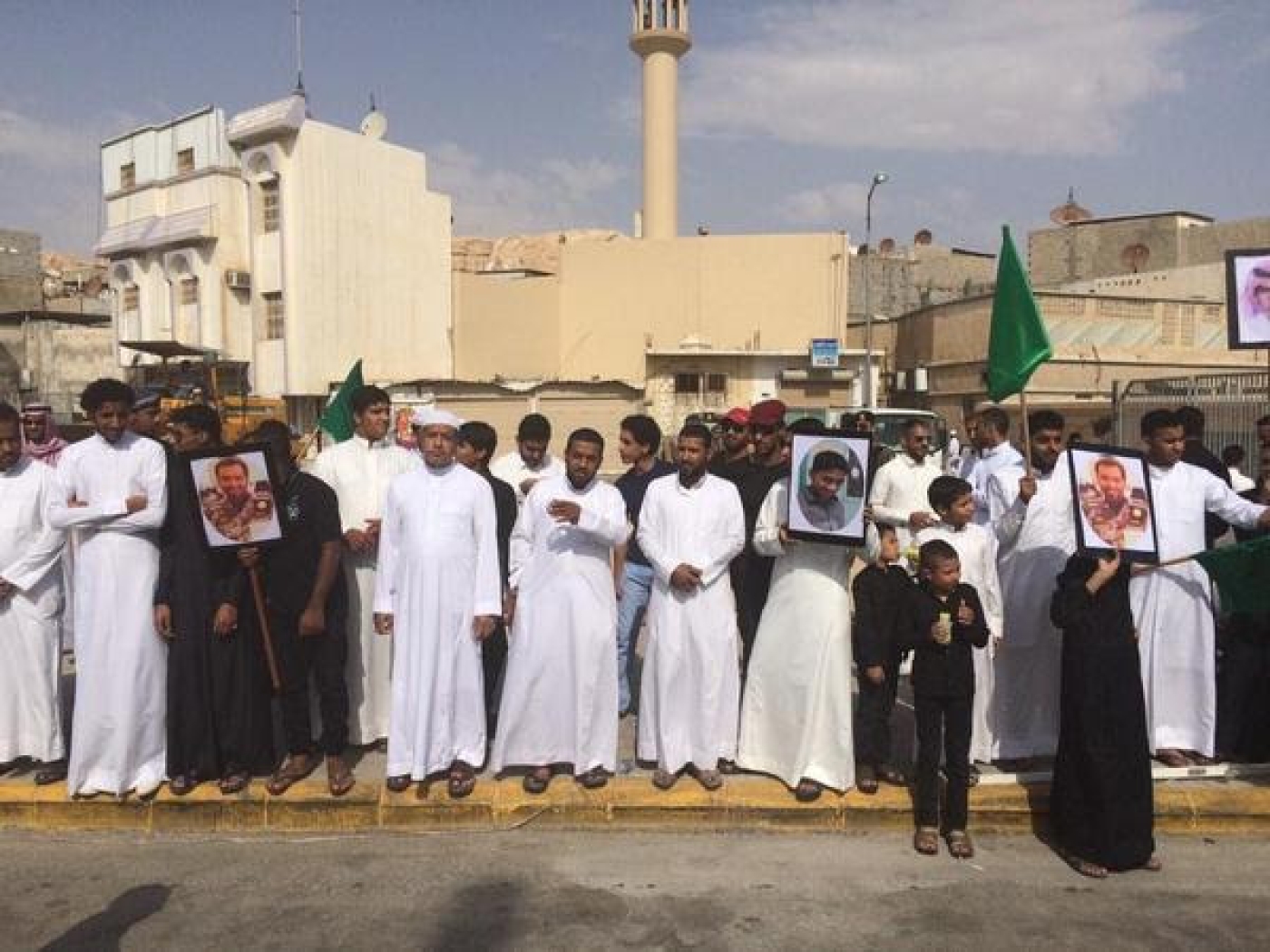 An estimated 300,000 people took to the streets of al-Dalwa, a village in Saudi Arabia's Eastern Province, on Friday to mourn locals killed in an attack on a mosque earlier this week.

Nine people - including three children - were killed on Monday when masked gunmen attacked a Shiite mosque in the village around 11:30pm local time. Two Saudi security officers were killed after the attack, as authorities launched a huge security operation that saw 15 people arrested across six cities.

The attack occurred on the eve of the Shiite observance of Ashura, a sombre day which commemorates the death of Hussein Ibn Ali, grandson of Prophet Mohammed, at the Battle of Kerbala in 680.

The day after the killings, an estimated 100,000 people took part in traditional Ashura processions in the Eastern Province's Qatif with emotions running high following the incident hours before in al-Dalwa.

On Friday, mourners carried photos of the nine who were killed, including both the local residents as well as the Saudi security officers, and a funeral procession was still underway midday.

Activists in the mainly Shiite province told MEE this week that the unprecedented attack was the result of government discrimination and accused Wahhabi clerics of being responsible for spreading sectarian hatred in the Gulf state.

Saudi Arabian authorities have blamed the attack on militants linked to al-Qaeda. 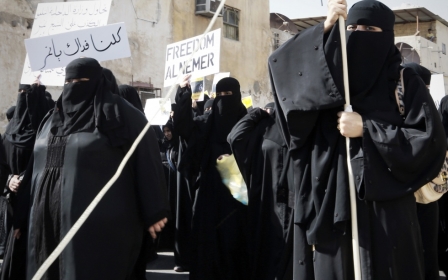