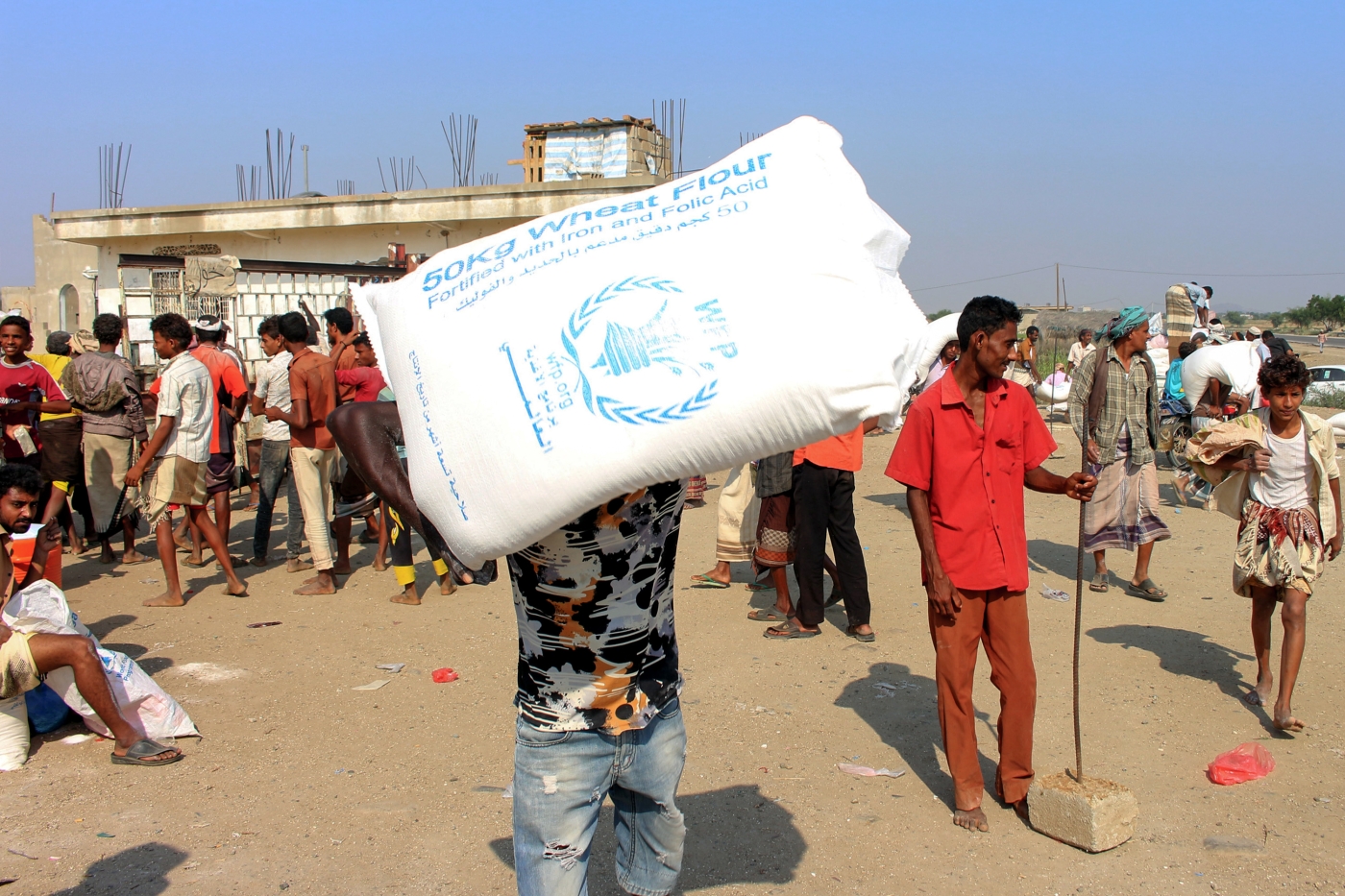 Displaced Yemenis receive humanitarian aid, donated by the World Food Programme (WFP) in cooperation with the Danish Refugee Counci ( DRC), in the northern province of Hajjah (AFP)
By
MEE correspondent
in
Sanaa, Yemen

In one of Yemen’s poorest districts, hungry residents raided a United Nations warehouse in the hopes of getting their hands on much-needed sustenance. Instead, they found rotten food that local officials proceeded to burn in front of the people of Aslam, in the Hajjah province.

Last week, the World Food Programme (WFP) said one of its warehouses in Hajjah had been looted. WFP described the culprits as “militias” and said 127.5 tonnes of aid were stolen.

WFP did not name the people behind the incident but some sources accused the Houthis of looting the warehouse.

The WFP refused to comment on the affair in Aslam when contacted by Middle East Eye, but a UN source in Sanaa told MEE that the looted food it mentioned in its statement was not rotten and had been prevented from being distributed by the Houthis.

Aslam is under the control of Houthi rebels who have been engaged in a war against Yemen’s internationally recognised government and a Saudi-led coalition that backs it since 2015.

Videos showing families with starving children in Aslam having to boil the leaves of local wild vines began circulating by the end of 2018.

At least 20 children are known to have died of starvation in 2018 in Hajjah. The real number is likely to be far higher, since few families report their child’s death if they die at home.

Adding additional pressure on the district, families newly displaced by the war have continued to arrive at Aslam, despite the severe shortage of food.

“When we hear that a truck of food has arrived to the district, we feel happy because then we can get enough food to feed our families,” Ahmed, a resident of Aslam, told Middle East Eye.

- Ahmed, a resident of Aslam

WFP distributes aid based on a list of recipients provided by the Houthis.

Ahmed, using only his first name for security reasons, said he does not trust the rebels with the preparation of the list as they usually put down their fighters as beneficiaries “while many needy people starve to death”.

Ahmed said that there have been disputes between residents and the Houthis over the WFP's food deliveries, but added that he did not know anything about disputes between the rebels and WFP.

“We do not know about the WFP but we know their rotten food very well. They usually send us food and it remains in warehouses for months,” Ahmed said.

“When we demanded that aid workers distribute the food they refuse citing the lists of beneficiaries, which the [Houthi-controlled] local authority usually provide WFP with it.”

Ahmed said the food they were seeking last week has rotted after being stored for months and the local authority destroyed it in front of people.

‘We need to eat the food, not burn it’

Last Sunday, some people from Aslam, including Ahmed, gathered and decided to storm a WFP warehouse in the district to get food for their children.

Before heading to the warehouse, the residents went to the office of the local authority in Aslam where they were told that the food was rotten.

“We did not believe them”, said Ahmed, “so we went to the warehouse, together with a committee from the local authority, and the food was indeed rotten. The officials then decided to damage it in front of us.”

In June 2019, disputes between the Houthis and WFP, over accusations that the rebels were diverting aid from people in need, led to the partial suspension of food distribution in the capital Sanaa, affecting 850,000 people. Aid deliveries resumed in August.

Earlier this month, a UN report submitted to the Security Council noting that Houthi rebels have been increasingly arresting and intimidating aid workers.

The 48-page report, which looked at various aspects of the civil war, said that the rebels have also put bureaucratic obstacles that have prevented the distribution of humanitarian assistance.

Another resident of Aslam Alam Quraidhi said he has only received one food basket from WFP last year and it was rotten but his family ate it nonetheless, and it did not cause any health problems for them.

“Their wheat flour was rotten but I sifted through it and threw away the damaged part and we ate the rest, which was plenty,” Quraidhi told MEE.

“I am unhappy to have seen food burning in front of my eyes while we are in dire need of it.”

Quraidhi said he hoped that in the future the INGOs would distribute the food immediately or a few days after it arrives at the warehouses to avoid its decomposition.

“We have heard and witnessed a lot of destruction of food in Aslam and other areas in Hajjah and that is not fair,” Quraidhi added. “We need to eat the food, not burn it.”

The Houthis destroyed hundreds of tons of rotten WFP food in Hajjah and other provinces during 2019, as the food was rotten and was deemed inedible.

An estimated 80 percent of Yemen's population - 24 million people - require some form of humanitarian or protection assistance, including 14.3 million who are in acute need.

“The organisations reduced the hardship of families in Aslam during 2019, but the suffering is still there and we hope they can double their work in the district,” Ahmed said.

Meanwhile, Yemeni Minister of Local Administration Abdul Raqeeb Fatah called upon the United Nations Humanitarian Coordinator in Yemen to take the necessary measures to prevent a repeat of aid looting and obstruction of WFP business by rebel militias.

Fatah, who is also the chairman of the Higher Committee for Relief, in a statement on Thursday, condemned the storming of a WFP warehouse and confiscation of 128 tonnes of food aid in Hajjah province, calling the act "a crime" according to the international humanitarian law.

"The coupist militia's storming of food warehouses in their areas of control causes a deterioration of the humanitarian conditions and deprives large numbers of beneficiaries from aid," he said.

He cited the militia's denying of INGOs access to 10,000 internally displaced people in the Aslam district “a while ago”, among several abuses against aid work and workers.

Fatah also condemned the international community's silence on these abuses.

However, a member of the Supreme Council for Management and Coordination of Humanitarian Affairs and International Cooperation (SCMCHA) in Hajjah confirmed that the food in the WFP warehouse was rotten.

“That was an old batch of rotten food and we have been demanding WFP to destroy it but they have refused to do so,” the source spoke on condition of anonymity to avoid direct disputes with WFP.

“We raised the issue to the prosecution and they appointed a committee to go and destroy the food in several districts, including Aslam.”

The source said the main reason behind food rotting was the process of importing wheat flour from outside Yemen, while it takes up to two months to get permission from the Saudi-led coalition to get it inside the country.

“I prefer that WFP and other organisations distribute money or vouchers for beneficiaries and they can buy the food from the local market and no need to import food.”

The source said that the quantity was destroyed in a legal process and nothing was looted as WFP said in its statement on Monday, adding that most of WFP’s food in the warehouses in Hajjah is spoiled.

“The residents are in dire need of the food and they have been chasing us not to destroy it as they want to eat it but this may harm them so we refuse,” the source added. 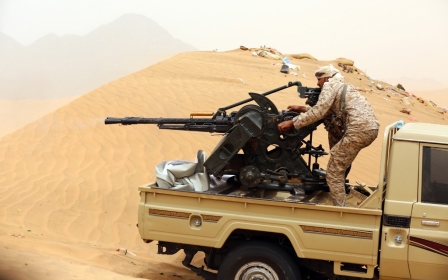 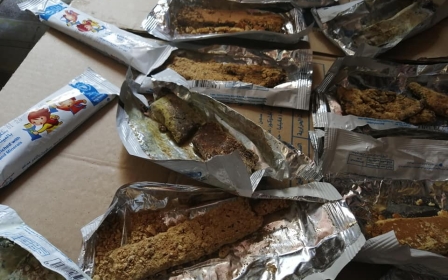 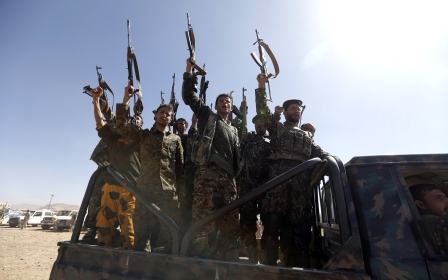