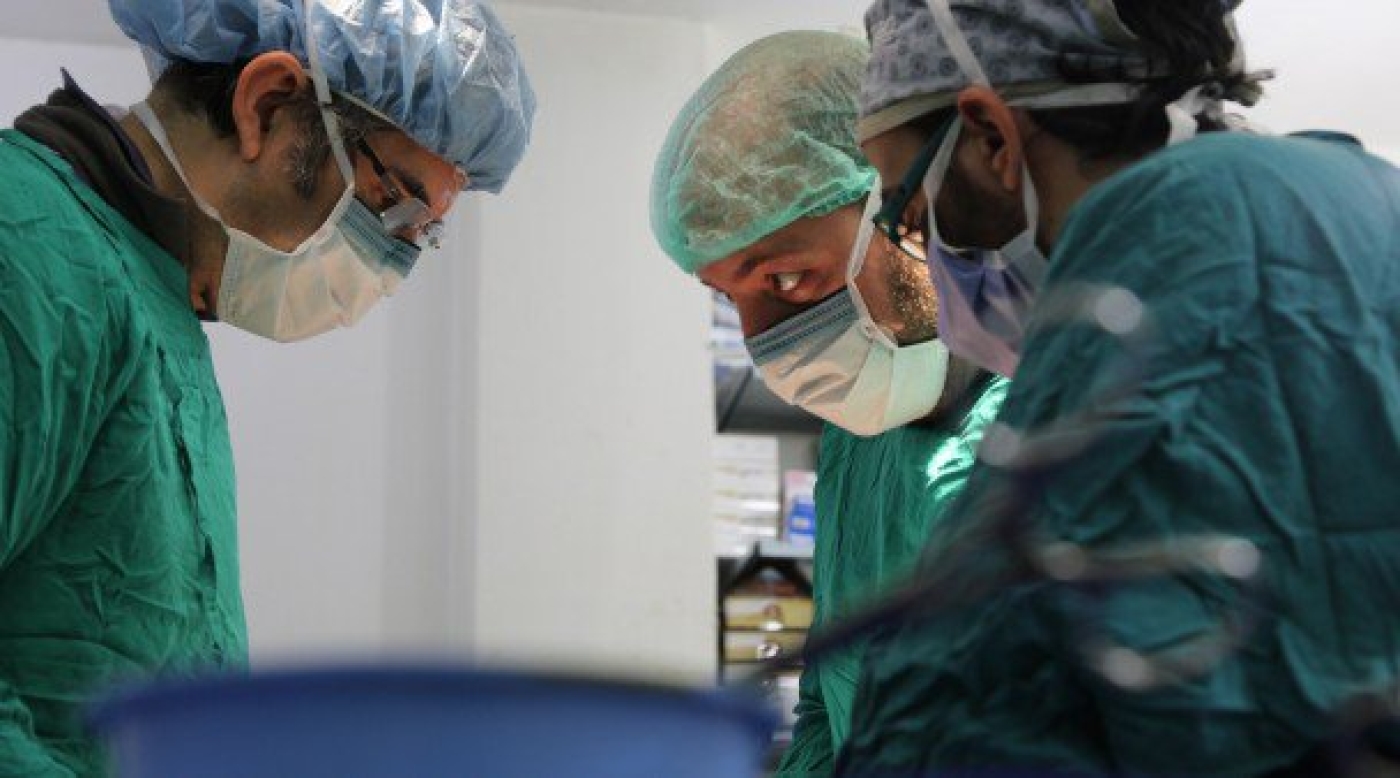 Mounir Hakimi (C) told MEE that he had seen the same injuries in Syria and Manchester (Credit: Syria Relief/Twitter)
By
Amandla Thomas-Johnson

A surgeon set to operate on injured victims of Monday's suicide bombing in Manchester previously worked as a volunteer and performed similar procedures in hospitals in rebel-held Syria.

Dr Mounir Hakimi, a surgeon at a hospital in Lancashire, told Middle East Eye that he was scheduled to perform an operation on a young patient injured in the deadly attack on crowds leaving a pop concert at the Manchester Arena.

"I’ve treated exactly the same wound in Syria," said Hakimi, who was born in the UK but grew up in Syria.

Hakimi runs Syria Relief, a charity that has provided training to Syrian doctors to help them provide life-saving work throughout the war-torn country.

He said he had also treated victims of Islamic State (IS) group attacks while in Syria.

Dr Hakmi said: "It's heartbreaking to see the bloodshed. Innocent children shouldn't be paying the price of terrorism."

Describing the challenges of operating under the threat of air strikes in Syria, Hakimi said: "In Syria you wouldn’t have much time and we would have to use sedation as a light form of anaesthetic.

"In Manchester I’ve got until tomorrow to operate and I have advanced technology. The patient will have a general anaesthetic."

He added that British hospitals were well equipped to deal with mass casualty attacks and that he had been training doctors in Syria to deal with major incidents based on the NHS model.

Hospitals partially funded by Syria Relief include one in Bab al-Hawa on the Syrian-Turkish border, one of the busiest medical facilities in northern Syria which specialises in medical care for children and deals with about 11,000 patients a month, often including victims of air strikes and barrel bombs dropped by Syrian government forces.

"The hospital offers patients a safe and clean place to convalesce, operating with similar hygiene standards to an NHS hospital in the UK," the Syria Relief website says.

As recently as January Hakimi was in Syria operating on casualties who had been evacuated from rebel-held eastern Aleppo as part of a deal which saw the city returned to Syrian government control after months of fighting and air strikes.

The Syria Relief website describes how Hakimi and another British surgeon, David Nott, operated on an injured five-month-old orphan whose arms and legs had been shattered in shelling which killed her parents.

Hakimi and Nott have also worked with Syrian doctors as so-called "shadow doctors", providing real-time advice for surgeons in the war zone via Skype or WhatsApp as they perform complex operations.