Reported 20 people killed and 90 trapped in basement of M2 hospital, and M10 'out of commission' after attacks in city's rebel-held east 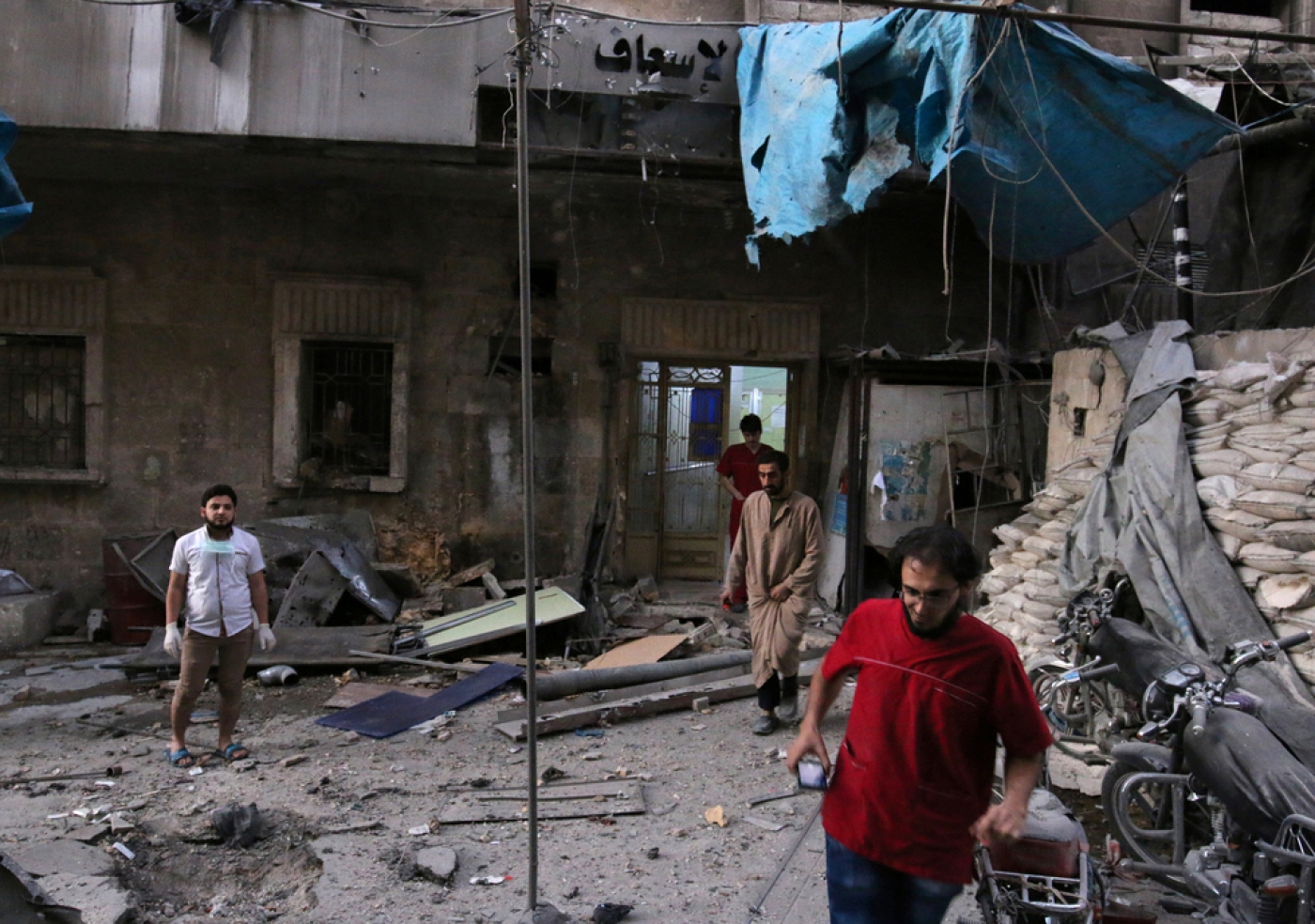 The M2 hospital in al-Maadi, Aleppo, after a bombing on 28 September (Reuters)
By
Areeb Ullah

Two hospitals in rebel-held east Aleppo have been put "out of service," 20 people killed and dozens of others reported trapped after being hit by Russian and Syrian government bombing in the latest round of intense attacks in the city.

Mohamad Zain Khandaka, a medical administrator in the M2 hospital, told Middle East Eye it was targeted at about 3.30am.

Five artillery shells hit the facility and the surrounding area, killing a reported 20 people including patients, staff and several civilians queuing for bread at a nearby bakery.

Almost 90 people were reported trapped in the hospital basement as jets circled overhead.

M2's Khandaka told MEE: "The time between 3.30am-5am was difficult as the repairs made to the M2 hospital in the last few days were once again completely destroyed."

He also told MEE that patients from the M2 hospital were "being evacuated by foot" as the ambulances were damaged.

The M10 hospital, eastern Aleppo's largest, was hit at about 4am, destroying its main generator and medical equipment. Casualties are yet to be confirmed as the Syrian White Helmets civil defence group attempts to rescue those trapped under the rubble.

Both medical facilities, which are run by the Syrian American Medical Society (SAMS), have in recent months been forced to move underground in the face of heavy bombardment from Syrian and Russian air attacks.

A SAMS spokesperson said the M10 hospital was out of operation.

"There are now six hospitals out of eight available. Three of those six have trauma/ICU capacity. The remaining three are a children's, a women's, and an eye hospital."

The attacks came a day after the launch of a ground offensive by Syrian forces and their allies along three fronts around Aleppo. Medical staff said they believed the bombings were "timed and deliberate" to coincide with the land assault and expected casualties.

Earlier this week, the Save Our Syria campaign, a coalition of Syrian civil society and humanitarian groups, said in a statement that the recent use of "bunker buster" bombs has meant "hospitals operating underground are no longer immune from deliberate attacks by the Syrian regime and Russian forces".

Speaking at the UN, Raed Saleh, who heads the Syrian White Helmets said: "We have exhausted all the options of civilian protection – we’ve even dug hospitals underground and in caves, as if we are living in the Middle Ages.”

Last month MEE reported on the use of "illegal" vacuum bombs being used against the M2 hospital.

SAMS advocacy officer Mohamad Katoub told MEE that a medical facility in Syria is "hit every 17 hours" by an air strike.

Since the Syrian civil war began, about 13 hospitals and health facilities supported by SAMS have been destroyed in attacks.

According to Katoub, August saw the "highest amount of attacks on health facilities across the whole of Syria since the conflict began".o 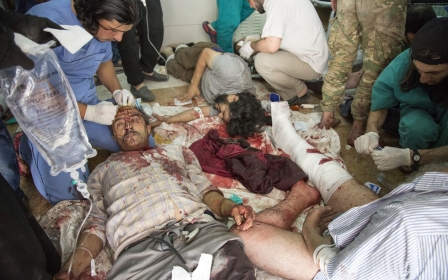