Haddad, listed as the fifth richest person in Algeria, is the founder and CEO of construction firm Road, Hydraulic and Building Works Company (Ryad Kramdi/AFP)
By
Yasmina Allouche

A month since being sentenced to 18 years in prison on corruption charges, one of Algeria’s richest figures, Ali Haddad, has hired the services of a lobbyist linked to US President Donald Trump.

The founder of the Sonoran Public Group, Robert Stryk, made a fortune in 2016 after being the West Coast adviser for Trump‘s presidential campaign.

The year-long contract with Sonoran Public Group, which cost $10m, was signed on 26 July, just weeks after Haddad was handed the lengthy sentence, and will include “business and personal advisory services” as well as “other services on an agreed-upon basis”.

In addition to the $10m, the contract requires Haddad to reimburse "all reasonable and customary expenses and travel expenses incurred by [the firm] in the course of the performance of this contract".

US law requires American citizens to register as "foreign agents" when signing lobbying contracts such as the one with Haddad, facilitating "the assessment by the government and the American people of the statements and activities of these individuals".

The contract has been viewed by analysts as a way for Haddad to place himself in influential US circles so that he is best placed to negotiate his future in the event Algeria seeks better relations with the US, as well the hope of seeing his sentence commuted at some point, particularly if concerns are raised around the fairness of the judicial process.

"Haddad wants to use what’s left of his money to influence [Washington] DC policymakers with the belief that they would advocate on his behalf with the Algerian authorities," Zine Labidine Ghebouli, a researcher with the Washington Institute for Near East Policy, told MEE.

"In my opinion, it’s first a sign that while allegedly corrupt Algerian businessmen are in prison, their financial assets are still working.

"This is exactly why Haddad has used the US lobbyist; he wants to use the system’s weakness during anti-corruption trials to get out of prison."

Haddad, listed as the fifth richest person in Algeria, is the founder and CEO of construction firm Road, Hydraulic and Building Works Company (ETRHB), and the former head of the Business Leaders Forum in Algeria, which has amassed $2bn in contracts since it began in 1997.

Haddad enjoyed operating from a place of privilege as a member of former president Abdelaziz Bouteflika’s close circle of oligarchs, ministers, generals and family members, who all had influence in the decision-making process.

Haddad's influence was visible on several occasions, for example, in 2017 then presidential candidate Emmanuel Macron included him on his election campaign visit's itinerary.

In 2017, Haddad was able to exert pressure on Bouteflika to ensure current president, Abdelmadjid Tebboune, was sacked from his role as prime minister after only three months in the role after attempting to introduce policies which separated money from the state, impacting the ventures of businessmen like Haddad.

Three years later, Tebboune would go on to become president after months of nationwide protests, which began after Bouteflika announced his bid for a fifth term despite his ailing state.

With many in the country viewing Tebboune’s presidency as illegitimate following a controversial election process in which the candidates were predetermined by the military, headed by the late army chief Ahmed Gaid Saleh, the crackdown on corruption under Bouteflika’s 20-year presidency is viewed more by analysts as a settling of scores than a genuine process of justice.

“Were Haddad an activist or engaged in civil society in some way I think that there would be a greater likelihood that the US would become involved in trying to have his sentences commuted,” Geoff Porter, president of the North Africa Risk Consulting firm, told Middle East Eye.

“However, he is charged with serious crimes including corruption and embezzlement and the US (either Congress or the Trump administration) likely supports President Tebboune's efforts to address waste, fraud, and abuse in Algeria.”

Haddad has been in prison since March 2019 and is accused of receiving $16bn worth of bank loans for projects secured through backdoor dealings.

As well as imprisonment for Haddad and his brothers, the family's assets have also been seized by the state. 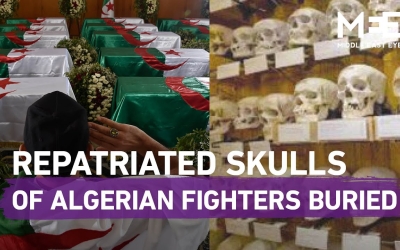 Their lawyers believe the sentencing is “political prosecution” against members of the old regime who are “paying the price for now being defeated”.

Haddad last visited Washington in January 2019 when he called for furthering the relationship between the two countries after meeting several business leaders to discuss partnership opportunities.

Controversy has often followed Haddad. He was named in the Panama Papers after appearing to be an economic beneficiary of a company registered by Mossack Fonseca in November 2004 in the British Virgin Islands.

He was also the centre of anger last year from players and fans of the first division football club, Algiers Medina Sports Union, which he owned from 2010 until his imprisonment, after players were forced to wait months for their pay following the freezing of his accounts.

This is not the first time the lobby firm has represented controversial Middle East and North Africa clients. In 2017, it secured a $5.4m contract from Saudi Arabia’s interior ministry, but it was terminated a few weeks later following the palace coup led by Crown Prince Mohammed bin Salman.

Stryk’s firm has also worked for Kuwaiti oil magnate Saud Abdul Aziz al-Arfaj under a $1.2m deal to “provide promotion and counsel” regarding a disputed oil region between Kuwait and Saudi Arabia, and secured a $500,000-a-year contract with the Embassy of Bahrain in Washington in 2018 to lobby Congress and the Trump administration.

Sonoran also reportedly signed a $1.25m contract with Israeli firm Mer Security and Communication Systems in July 2018 to lobby on behalf of the Congolese government facing US sanctions for human rights abuses and corruption.

Algeria ranks eightieth among US trade partners, with trade rising to $528.8m through the first five months of 2020, 56.49 percent below its total trade during the same time period last year.

US exports to Algeria increased 15.93 percent while US imports from Algeria fell 73.2 percent over the same period. The US deficit with Algeria stands at $1.48bn.

With the economic situation increasingly dire in Algeria and a politically weak state, the country may start looking outward by improving on its trade agreements with economic heavyweights like the US in order to offset the damage brought on from the predicted economic crash.

According to the International Monetary Fund (IMF), Algeria’s economy will shrink by 5.2 percent this year, and will have one of the highest budget deficits in the region.

In keeping with the country’s traditional policy against the accumulation of foreign debt, seen as  harming national sovereignty, Tebboune has ruled out the option of an IMF loan. 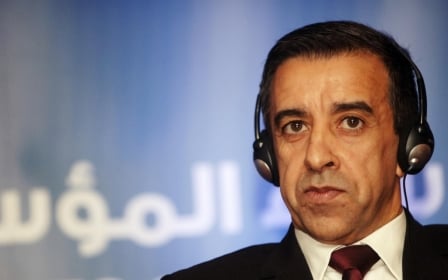