Saudi Research and Marketing Group will publish websites under The Independent brand in Arabic, Urdu, Turkish and Persian UK-based news website The Independent is partnering with a Saudi media firm to launch websites in Arabic, Urdu, Turkish and Persian.

Saudi Research and Marketing Group (SRMG), which has links to the royal family and owns publications that promote the Saudi government, will own the four new websites.

Still, the new outlets will adhere to the editorial standards of The Independent, according to the British website.

"Four new websites will offer the highest-quality, free-thinking, independent news, insight and analysis on global affairs and local events," The Independent said in a statement.

"These will be published in Arabic, Urdu, Turkish and Persian. Each site will feature direct translations of articles from independent.co.uk alongside content from teams of SRMG journalists based in London, Islamabad, Istanbul, and New York."

Bloomberg struck a similar deal with SRMG in 2017 to launch an Arabic outlet.

Last year, Saudi investor Sultan Abuljadayel brought about a third of The Independent's shares, sparking concerns about the outlet's independence. The website is owned by British Russian billionaire Evgeny Lebedev.

"I am not remotely concerned about the prospect of editorial interference by a minority shareholder or anyone else," Lebedev said at the time.

"We have recently formalised the editorial independence of The Independent in our shareholders’ agreement and I think you will agree that our coverage of the Middle East continues to be as good and as independent as any UK news outlet and more robust than most."

But this time, SRMG's ties to Saudi authorities cannot be as easily dismissed. Until last year, the firm had been chaired by Prince Bader bin Abdallah bin Mohammad bin Farhan, a close confidant of powerful Crown Prince Mohammed bin Salman currently serving as the kingdom's minister of culture.

Prince Bader made headlines earlier this year when he bought a Da Vinci painting of Jesus Christ for $450m, allegedly on behalf of bin Salman. 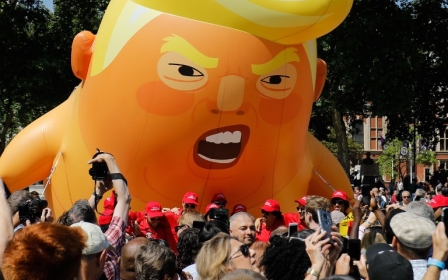