Israeli claims that its air strikes are aimed at rocket launching sites, but Gazans complain that the sorties are also targeting infrastructure ranging from fishing boats to schools 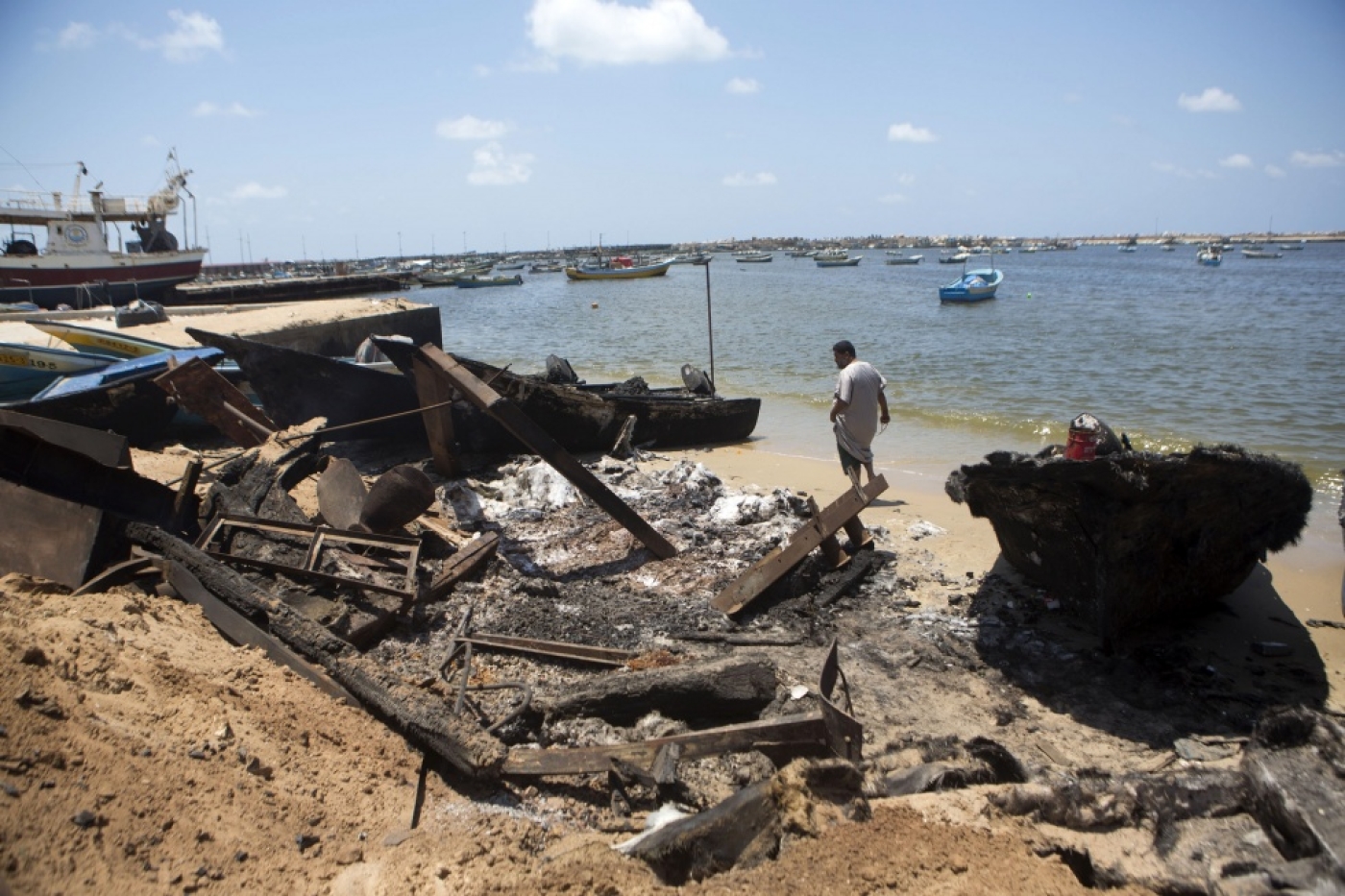 Sabri Baker, a 53-year-old fisherman and father of 16 , walks towards his destroyed boat in Gaza harbour (MEE / Anne Paq)
By
Ala Qandil and Anne Paq

GAZA CITY - When on Tuesday morning 53-year-old fisherman Sabri Baker from Gaza City heard that the Abbas mosque was to be targeted by the Israeli pilots, he rushed there and waited for the bombs to fall.

"I have no hope, and nothing to live for”, he told MEE, standing on the beach in the Gaza port.

Baker felt that way because last Friday night, Israeli artillery shelled the port area, destroying Baker's boat - his only means of livelihood.  Eight other fisherman lost their boats in that attack.

Although the destruction came about due to the latest offensive, for Gaza's fisherman dealing with Israeli assaults is part of their daily life.

A month and a half ago, Sabri and his sons were fishing when the nets got carried away by the waves towards Israeli-imposed borders. When trying to retrieve the nets they were shot at by a navy patrol and forced to abandon the fishing gear. The father of 16 children had already lost one boat in 2012. His cousin borrowed it and got arrested on the sea, with his wooden vessel seized.

The cousin is still in an Israeli prison, sentenced for belonging to a resistance group, a charge that his family members think was made up. And the boat remains confiscated. So Sabri had to borrow money from all the relatives to raise more than US$10,000 to buy a new boat. He hasn't managed to return all the debts, when last week Israeli navy deprived the fisherman of his only resource.

Just before the offensive started at the beginning of July, Israel decided to limit the fishing zone for Gazans to three nautical miles. That goes against the last ceasefire agreement in which Israel agreed to extend the zone to six nautical miles.

“For the Israelis, it's a game – they give us one mile, three, six. But for us the best fishing waters start after the seventh mile, where the bottom of the sea is covered with stones, and not sand”, MME Zakari Baker, head of the fisherman union in the Gaza Strip, told MEE.

With the launch of the intensive bombings came a complete ban on entering the sea, and further destruction of at least 17 boats.

On Tuesday afternoon, the Gazan police requested that a group of fishermen looking at what was left of their boats leave the shore immediately. It's not safe, they said, as the news of lack of the failed ceasefire proposal came.

The men sat in a narrow shadow of an empty street and watched two municipal workers collecting the garbage pass. Muhammed Al-Kayed and Mosaud Nassar go around the streets in their bright yellow vests “without fear in their hearts”, despite two recent two attacks on other municipal workers.

“All the municipality workers come to work, with the exception of the northern part of the Strip. There, they were instructed to stay with their families, it's too dangerous to be in the streets” - they told MEE.

On Friday afternoon a municipal worker, Adnan Al Ashhab ,died of injuries sustained two days earlier. He was targeted when fixing a water well in central Gaza.  Also on Friday, a car with municipal workers in al-Bureij refugee camp was a target of an Israeli pilot, who killed three people in the attack: two workers and a passer-by, a nine-year-old Shahd Al Qreenawi - according to Al Mezan, a human-rights organization in Gaza Strip.

Since then, the Gaza water services provider decided to suspend all the maintenance work in the field, fearing further deaths of their employees.

"Hundreds of thousands of people in Gaza are now without water. Within days, the entire population of the Strip may be desperately short of water," said Jacques de Maio, head of the ICRC delegation in Israel and the occupied territories.

"What's the difference if you get hit by a rocket in your house, in a mosque or in a street? At least we can do something for our country and keep the streets clean for our people, when they finally can come out of the houses”, Al-Kayed added, while emptying a garbage bin near the Gaza port. They did not stop working when two months ago municipality did not pay salaries, they will not stop now either.

While the Israeli pilots have mostly targeted residential houses, Gaza’s infrastructure and public buildings suffered too. According to figures from a PLO press conference on Tuesday, the partial damage extended to 72 schools, three hospitals and five other health centers, eight ministries and 64 mosques. Three mosques were completely destroyed.

One of the damaged health centers is El-Wafa hospital in Shajjaiyya area, east of Gaza city, hit by five missiles on Friday. But workers there remain defiant.

”We are not leaving, we have patients who are helpless and cannot be transferred to other places” - Basman Alashi, the executive director of Al Wafa told MEE.  The hospital is the only rehabilitation facility in Gaza Strip, focusing on head, spinal cord and orthopedic crash injuries.

“We expect many more people coming to El-Wafa with this kind of injury”, added Ali Hassan, nurse who has been working there since it opened 18 years ago.

On Monday, the hospital accepted already two seriously injured men in a coma who were transferred from the main Gaza's hospital, Shifa. Applying lessons from the experience of previous wars when the hospital was also targeted, the staff had prepared for this attack by evacuating all the patients from the top floor to the ground floor as soon as the offensive started.

Among 14 patients who cannot leave the hospital are two paralyzed women, 23-year-old Yusra Abu Musa and 35-year-old Maha Abu Saalek. “Yusra has been here since she is nine. She has no one else, her mother came once to visit her over last two years. She is part of the hospital family. And we will not leave her here”, said Alashi. 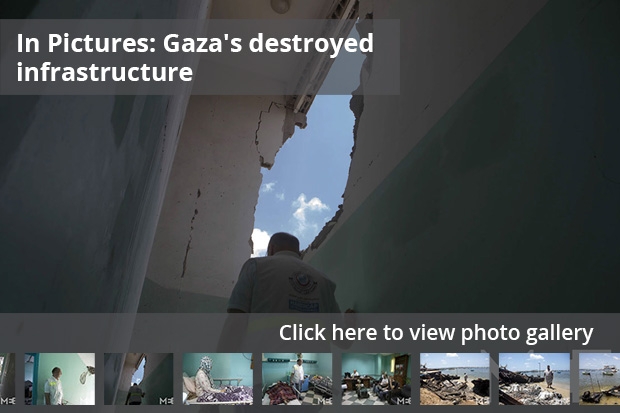