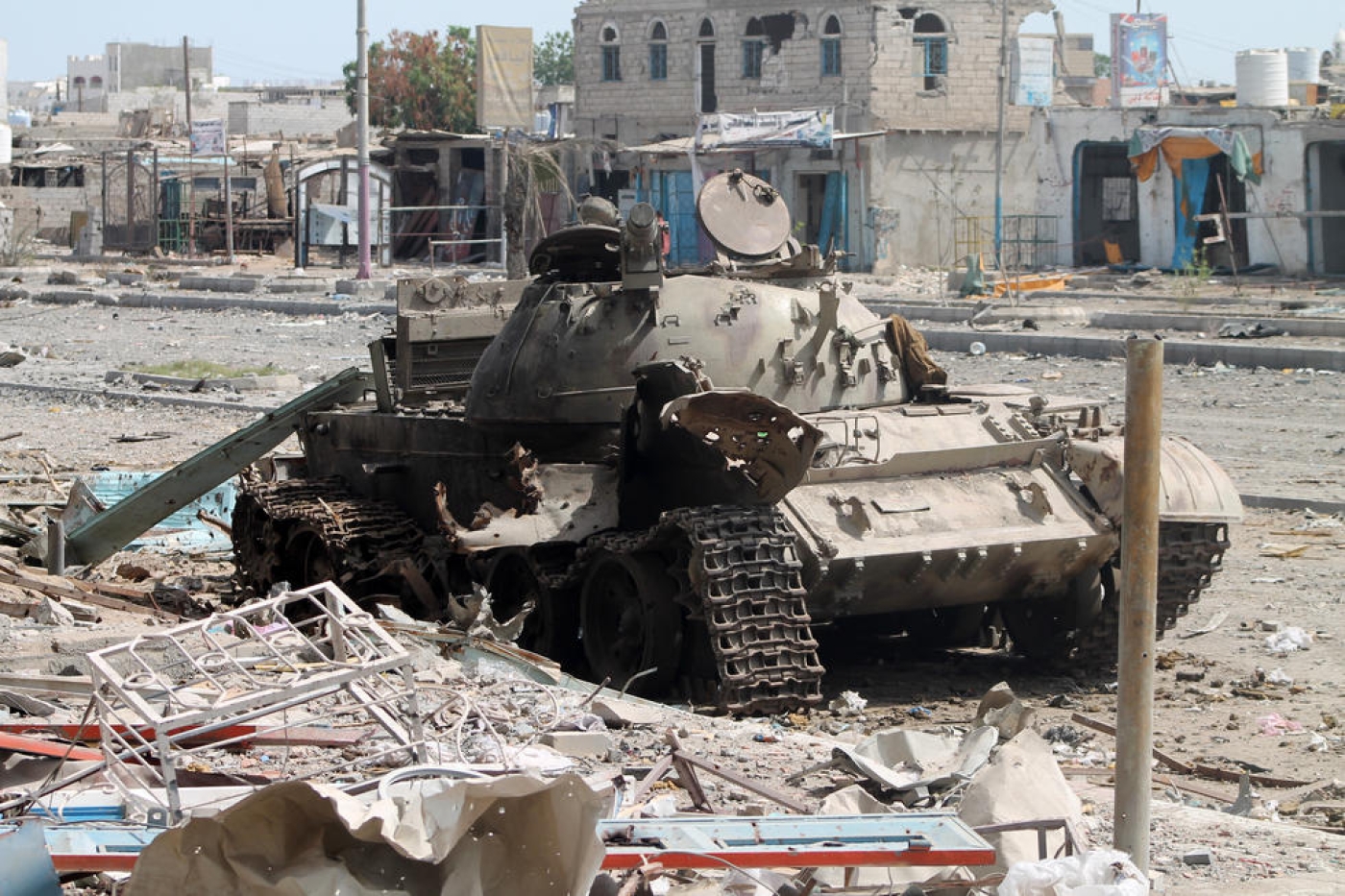 Yemen’s southern city of Taiz was pounded by Houthi militia fire on Sunday, as the group’s leaders held talks in Oman to discuss the crisis.

Ten civilians were killed and 25 injured during the shelling, a Yemeni security source told Anadolu Agency. A large number of injured people were seeking to reach the city’s hospitals.

"Ambulances are still unable to reach the affected areas because the shelling is non-stop," one eyewitness told the news gency.

A number of residential buildings sustained damage from the strikes, and there were reports that the homes of local political activists were targeted, with images circulating appearing to show razed houses belonging to prominent figures from the February 14 Coalition, a youth group that played a leading role in bringing down president Ali Abdullah Saleh in 2011.

Taiz, Yemen’s third-largest city, is home to strong opposition to the Houthi movement, which has taken over large swathes of the country since overrunning the capital, Sanaa, last September.

In the outskirts of the capital, Houthi fighters claimed to have downed a Saudi fighter jet.

Local news site Yemen Press published a video claiming to show the downed F-15 jet, which Houthi fighters claimed to have brought down just outside Sanaa.

There has been no official confirmation of the report, which comes less than a fortnight after Houthi fighters claimed to have downed a Moroccan jet taking part in the coalition bombing.

The latest claim was denied by Saudi Arabia, which said the jet came down due to a technical fault.

As fighting intensified on the ground, Houthi leaders discussed potential solutions to the crisis in neighbouring Oman. The sultanate is the only Gulf state not contributing to the Saudi-led coalition that is seeking to dislodge the Houthi rebels at the request of the embattled exiled president Abd Rabbuh Mansour Hadi.

Oman on Saturday sent a private jet to Sanaa to pick up Houthi leaders, including Saleh al-Samat, the head of the group’s political wing. The plane then returned to Muscat carrying the level delegation.

The fresh talks come less than a week after the end of a five-day humanitarian pause, during which the Saudi-led bombing campaign was halted and the UN’s World Food Programme was able to deliver desperately needed supplies to more than 400,000 people.

However, the agency said the pause was “too short”, and that it had been able to reach only half as many people as had been hoped.

Hopes of a fresh pause were dampened on Saturday when a Saudi military expert said the coalition and the fighters it is supporting on the ground were still attempting to claw back the advantage that was lost during the previous ceasefire, which ended on Tuesday.

Ibrahim Marai, a Saudi commentator on military affairs, told Al Jazeera that the coalition-backed forces, known locally as the “resistance”,  were “still paying the price” for the previous humanitarian ceasefire.