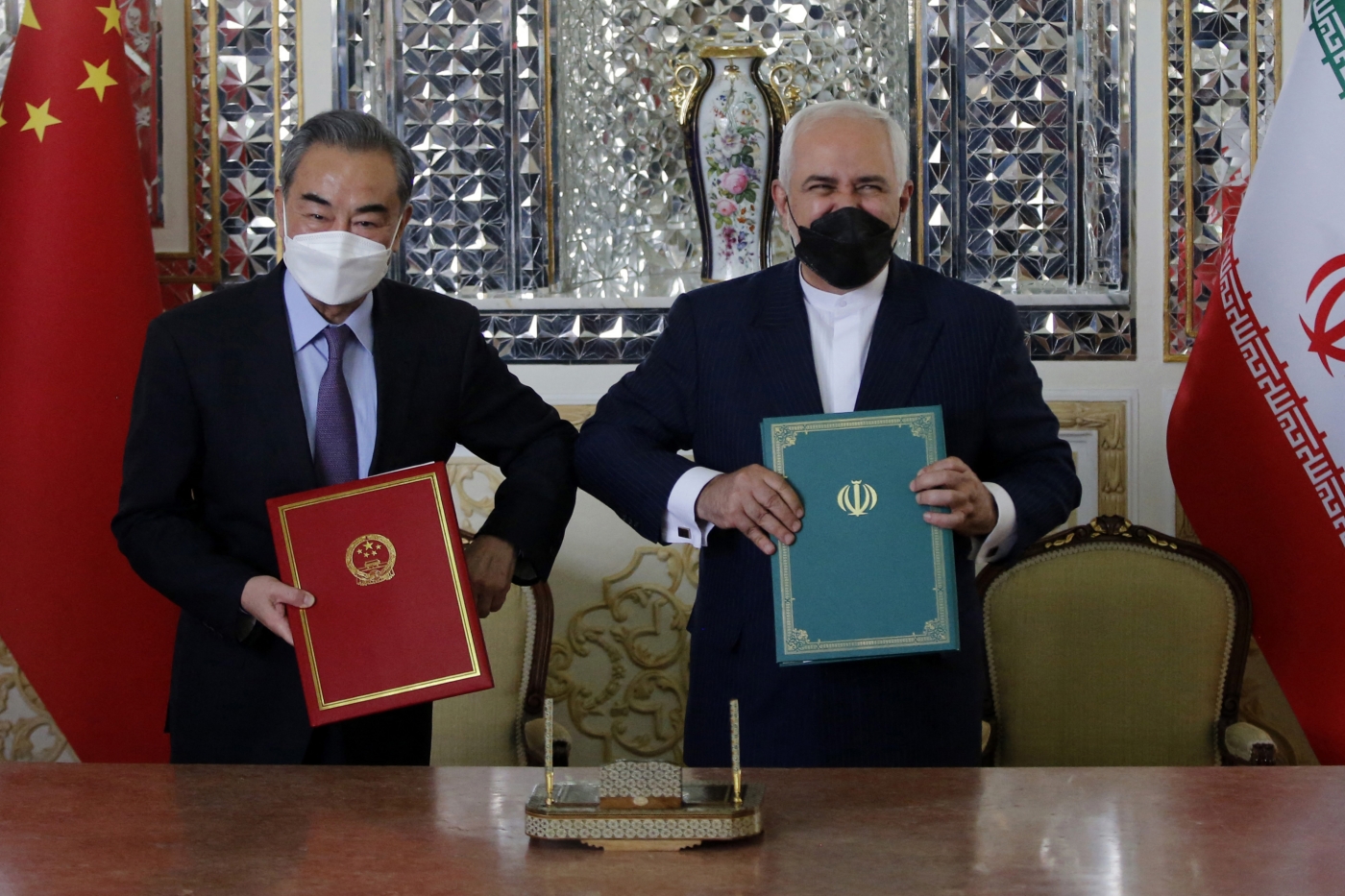 Iranian Foreign Minister Mohammad Javad Zarif (R) and his Chinese counterpart, Wang Yi, pose for a picture after signing an agreement in Tehran on 27 March 2021 (AFP)
By
Heba Nasser

Iran and China on Saturday signed a 25-year "strategic cooperation" agreement as Beijing expands its trillion-dollar Belt and Road Initiative.

"Our relations with Iran will not be affected by the current situation, but will be permanent and strategic," Chinese Foreign Minister Wang Yi was quoted by Iranian news agencies as saying.

"Iran decides independently on its relations with other countries and is not like some countries that change their position with one phone call." 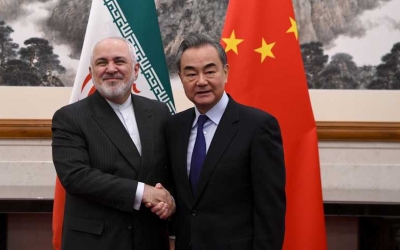 Wang met President Hassan Rouhani before he and his Iranian counterpart, Mohammad Javad Zarif, signed the agreement, which is expected to include Chinese investments in key sectors such as energy and infrastructure.

Negotiations for the deal, started five years ago, sparked controversy in Iran last year over the purported secret nature of the proposed agreement, with virtually no details of its contents having been released.

Rouhani’s adviser, Hesameddin Ashena, said that the cooperation pact between the two allies is an example of "successful diplomacy".

"A country's strength is in its ability to join coalitions, not to remain isolated," he was cited by Iranian media as saying.

Saeed Khatibzadeh, an Iranian foreign ministry spokesman, said the document was a "roadmap" for trade, economic and transportation cooperation, with a "special focus on the private sectors of the two sides".

China is Iran's largest trading partner and was one of the biggest buyers of Iranian oil before then US president Donald Trump reimposed unilateral sanctions in 2018 after abandoning a nuclear agreement with Tehran and world powers.

Its commerce ministry said on Thursday that Beijing will try to safeguard the 2015 Iran nuclear deal, to which it is party, and defend the legitimate interests of its relations with Iran.

US President Joe Biden hopes to revive the nuclear deal, but the process has been stalled, with Tehran and western powers remaining at odds over which side should return to the agreement first.

Iran says that Washington must first lift all economic sanctions it imposed, while Biden has insisted that Tehran must first reverse steps taken to reduce its commitments under the agreement in response to the sanctions. 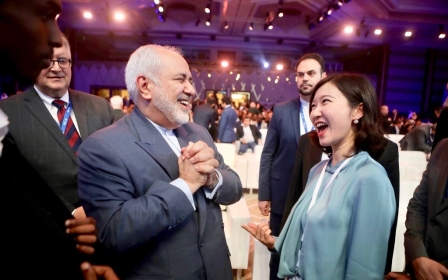