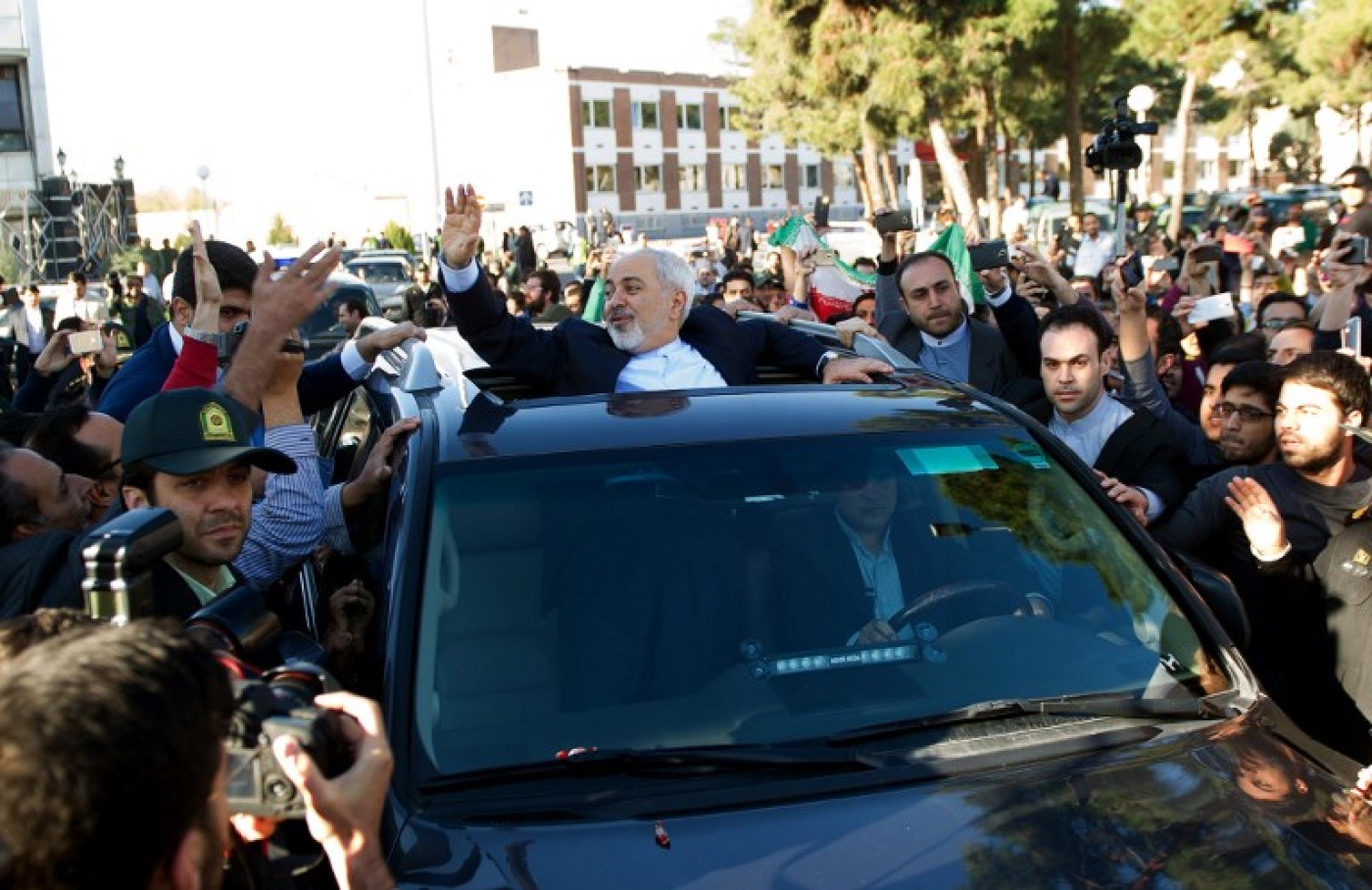 A majority of Iranian lawmakers on Sunday demanded the country's negotiators publish a "fact sheet" on a newly agreed framework nuclear accord, while denouncing details laid out in an American version.

"In a letter, members of parliament asked for the publishing of an Iranian fact sheet, and so far 212 have signed it," Javad Karimi Ghodusi, a member of the 290-seat assembly, was quoted as saying by the official IRNA news agency.

On 2 April, Iran and world powers agreed on a framework accord to be finalised by the end of June to rein in Tehran's nuclear programme in exchange for the lifting international sanctions.

Later on, however, the US State Department published on its website an outline of some more key issues of the framework.

Zarif criticised the US version, saying on Twitter that "the solutions are good for all, as they stand. There is no need to spin using 'fact sheets' so early on".

After every political event, "each side focuses on their own perspective of what has happened and what will happen and it is natural that each side highlights the parts that are more to their benefit," Abbas Araghchi, a top Iranian negotiator, said on Thursday.

"The Americans did it in written form... and our narrative which was a real one was thoroughly expressed in Mr Zarif's remarks. We don't intend to publish it in writing yet, but we will do so if necessary."

Another negotiator, Iranian Atomic Energy Organisation chief Ali Akbar Salehi, said the US fact sheet mixed up "truth and lies" and "it could be said that they offered their own interpretation in order to create tension in our country".

Iran's Supreme Leader Ayatollah Ali Khamenei, who has the final word on all matters of state, was also defiant over a final deal.

"The main problem is that from now on details must be discussed, and since the other party is disloyal, stubborn and into backstabbing, in the discussions on details they might restrict" the negotiators and Iran, he said in a speech made late last week.

Kerry urges Congress to not interfere

As tensions in Iran over the "fact sheet" intensified, US Secretary of State John Kerry was busy urging US lawmakers to allow talks with Iran on curbing its nuclear programme to be completed without interference, amid threats of new sanctions.

Kerry is planning to brief lawmakers on Monday and Tuesday about the parameters of the deal reached after eight days of tough bargaining in Switzerland.

"I'll lay out the facts," Kerry told CBS news when asked about a different narrative emerging from Iranian leaders about what was agreed as they reach for a final comprehensive accord due by 30 June.

"Everything I have laid out is a fact. And I'll stand by them. In the end it's really the final agreement that will determine it."

In reference to the State Department’s release of the fact sheet on 2 April, Kerry said: "We had this same duelling narratives, discrepancies, spin, whatever you want to call it with respect to the interim agreement" reached in November 2013.

Under the 2013 agreement, Iran had frozen parts of its nuclear programme in exchange for limited sanctions relief.

Kerry insisted that Iran had stuck to the terms of the 2013 interim deal. "Iran has proven that it will join into an agreement and then live by the agreement," he said.

"So that's important, as we come into the final two and a half months of negotiation."

As Congress returns from recess on Monday, it is expected that some lawmakers will push forward with legislation calling for congressional approval of any deal, and possibly threatening to impose more sanctions on Iran.

"I think people need to hold their fire and let us negotiate without interference and be able to complete the job over the course of the two-and-a-half months," Kerry said.

France: Work remains to be done

Much hard negotiating remains to be done ahead of the final deadline. While Kerry seems confident of reaching a final deal, French Foreign Minister Laurent Fabius said on Sunday that important questions have not been settled and "there remains work to do" before a final deal is reached.

"What has been concluded is positive," Fabius said in Saudi Arabia – where he met with the Saudi King and expressed support for the Saudi-led military campaign in Yemen. France is one of the so-called P5+1 powers that negotiated the deal with Iran.

The deal marked a major breakthrough in a 12-year standoff between Iran and the West, which fears Tehran wants to build an atomic bomb. Iran insists its nuclear programme is for peaceful purposes.

In exchange for limits on Iran's nuclear capabilities the accord would lift international sanctions.

There must be "no possible military dimension" and there remains also the question of sanctions - their lifting, or re-establishment if Iran violates its commitments, Fabius said at a joint news conference with Saudi Foreign Minister Prince Saud al-Faisal.

"These two questions are not settled and there remains work to do," Fabius said.

"France hopes for a solid and verifiable agreement."

Saudi Arabia fears that if too much of Iran's nuclear programme is left intact Tehran will still have the ability to obtain an atomic bomb, and there are concerns that Riyadh could seek its own nuclear capability. However, it has tentatively embraced the deal and said it hoped a final solution was found.

"We agree in saying that a final pact must be clear so that nothing is hidden and that the Gulf remains free of all weapons of mass destruction," Saud said.

Israeli Prime Minister Benjamin Netanyahu, however, has taken an even harder line. On Sunday he said that Iran must end its "aggression in the region" to win relief from sanctions, taking another swipe at a framework nuclear agreement.

Iranian President Hassan Rouhani on Thursday called for the sanctions to be totally lifted on the same day that the deal is implemented.

But Netanyahu, whose government has repeatedly denounced the framework agreement as an "historic mistake", said any such move should be linked to other issues.

"Instead of lifting the restrictions on Iran's nuclear facilities and programme at a fixed date, a better deal would link the lifting of these restrictions to an end of Iran's aggression in the region, its worldwide terrorism and its threats to annihilate Israel," he said in a statement.

Earlier, Netanyahu warned that Tehran could not be trusted.

"To my regret, all of the things I warned about vis-a-vis the framework agreement that was put together in Lausanne are coming true before our eyes," Netanyahu's office quoted him as saying.

"This framework gives the leading terrorist state in the world a certain path to nuclear bombs," he said.

"How can such a country be trusted?"

Haaretz newspaper said he had told his top officials that even full Iranian compliance with the terms of an international deal would be a ploy to lull the international community into complacency and should on no account be taken at face value.