Iran pushes back against Russian demands for 'guarantees' in nuclear talks Iran said on Monday it would not be dictated to by foreign interests after Russia appeared to link efforts to revive a deal over its nuclear programme to sanctions over Ukraine.

On Friday, world powers seemed to be edging closer to a deal with Iran that would revive the 2015 nuclear agreement.

But Russian Foreign Minister Sergei Lavrov created uncertainty on Saturday, saying Moscow wanted a written US guarantee that its trade, investment, and military-technical cooperation with Iran would not be hindered by Western sanctions imposed since it invaded Ukraine.

Iran's Foreign Minister Hossein Amirabdollahian said on Monday that Tehran would not allow "any foreign elements to undermine its national interests", the Iranian semi-official news agency Tasnim reported, while the foreign ministry said it awaited an explanation from Russia.

Tasnim quoted Moscow's Ambassador to Tehran, Levan Dzhagaryan, as saying that Russia planned to give Iran an explanation of the guarantees it has requested from the US.

Asked about Lavrov's statement about linking Ukraine sanctions to the nuclear pact, Dzhagaryan told Tasnim "there is a misunderstanding in this regard." He did not elaborate.

Oil prices have skyrocketed, hitting their highest level since 2008 on Monday over fears that Iranian supply wouldn’t be entering into the market and following comments by the US and its European allies that they were considering banning Russian crude.

For weeks diplomats have said progress was being made on restoring the pact to curb Tehran's nuclear programme in exchange for sanctions relief.

The Trump administration pulled out of the agreement, officially known as the Joint Comprehensive Plan of Action (JCPOA), in 2018, on the grounds that it failed to rein in Tehran's support for regional proxies and ballistic missile development. 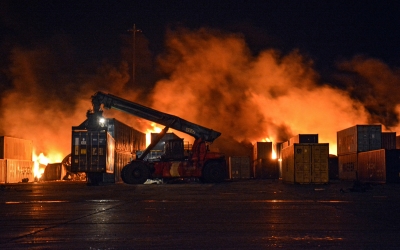 Western officials say despite a near collapse in relations with Moscow over its invasion of Ukraine they share a common interest in preventing Iran from obtaining nuclear weapons. Diplomats are now trying to determine whether Russia’s demands apply only to its commitments to the Iran deal, or are part of a larger gambit for sanctions relief.

World powers envision Russia playing an important role in implementing a renewed agreement, with Moscow being responsible for shipping excess enriched uranium out of Iran to Russia and assisting in the conversion of Iran’s Fordow nuclear plant into a research facility.

Russia, along with China, has been one of Iran's closest partners in the talks with world powers. The two countries are also allies of Syrian President Bashar al-Assad and fought together on the same side of the country's civil war.

More recently, Iranian officials have blamed the West for the war in Ukraine, with Iran's foreign minister saying the conflict was "rooted in NATO’s provocations".

Speaking in regards to the Russian demands, a French presidency official urged Moscow to assess what was at stake in Vienna, "that is to say Iran's return to respecting its obligations under the JCPOA," referring to the 2015 deal by its formal name, the Joint Comprehensive Plan of Action.

"Because otherwise, in reality, it's just blackmail and not diplomacy," he told reporters.

A European diplomat added: "the Russians are really trying it on and the Iranians aren’t happy although of course not saying too much publicly.

"We’re trying to find a way through." European negotiators have temporarily left the talks as they believe they have gone as far as they can and it is now up to the two main protagonists to agree, three diplomats told Reuters.

"Priority of Iranian negotiators is to resolve remaining issues that are considered (a)... red line. Rapid access to a strong deal requires new initiatives from all parties," Shamkhani tweeted.

Russia's concerns about the impact of Western sanctions on its dealings with Iran follow a push by senior Iranian officials for deeper ties since hardliner Ebrahim Raisi became president last year.

Iran's top authority, Supreme Leader Ayatollah Khamenei, has called for closer ties with Russia due to his deep mistrust of the United States. 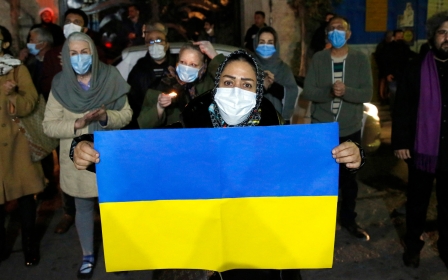 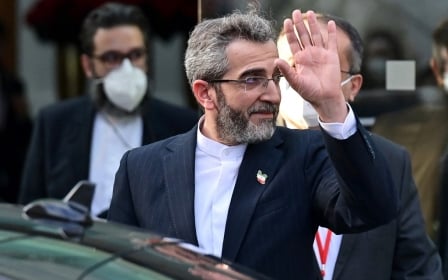