Iranian press review: Tehran's Baghdad ambassador 'happy' to be on US sanctions list

Meanwhile, Iran deploys ground forces to its borders with Armenia and Azerbaijan, and Tehran and Washington accuse each other of destabilising Afghanistan In response to a new round of sanctions imposed by the US against Iranian politicians and business chiefs, Iraj Masjedi, Iran's ambassador to Iraq, said he was "so happy to hear the news" of being blacklisted by the US. "The terrorist regime of the United States had already put me, along with 80 million Iranians, on the list of its immoral sanctions," Masjedi was quoted by Khabar Online as saying.

"The US sanctions have deprived thousands of children and sick people of the rights to receive medicines and food."

In a statement, the US Treasury Department's Office of Foreign Assets Control said: "Masjedi has overseen a programme of training and support to Iraqi militia groups."

Before being appointed Iran's ambassador to Iraq, Masjedi had been a high-ranking commander with the Islamic Revolutionary Guard Corps' (IRGC) Quds Force, a special unit responsible for overseas operations.

Masjedi, who also served as a senior adviser to the IRGC's top commander Qassem Soleimani - who was assassinated in a US drone strike near Baghdad's airport in January - said the sanctions were a sign of "the IRGC's legitimacy" in its fight against the US and Israel.

"[The] imposition of sanctions on me and my colleagues is a passive reaction to the failure of Washington's policy of reducing [Iran's] crude oil exports to zero," Zangeneh wrote on Twitter.

Since Washington's unilateral withdrawal from the Iran nuclear deal in 2018, it has imposed sanctions on more than 1,000 entities in Iran, from its oil industry and banking system, to petrochemical companies and politicians.

Iran's IRGC has deployed ground forces along the border with its northern neighbours Armenia and Azerbaijan, after the latest ceasefire in the Nagorno-Karabakh conflict collapsed. Brigadier-General Mohammad Pakpour, commander of the IRGC ground force, told ILNA news agency that an armoured division had been deployed in the Iranian region neighbouring Armenia and Azerbaijan.

Since the Nagorno-Karabakh conflict renewed on 27 September, Iranian villages have been hit by rockets launched by Armenian and Azerbaijani forces, local media reported.

Tehran has remained neutral over the conflict, with a growing fear that the war could spill over the border into Iran. More than 15 million ethnic Turkish Iranians living in four northwestern provinces of Iran strongly support Azerbaijan in the war.

Meanwhile, in a photo-essay, the ISNA news agency reported that Iranians living near the border with Nagorno-Karabakh were gathering in the mountains near Aslanduz to observe the conflict.

Iran's official news agency IRNA warned the residents of cities near the border to avoid getting too close.

"This war, which is taking place on the other side of the Aras river, is a real war. But people, oblivious of the dangers of this conflict, are here to watch a real battle," IRNA wrote.

With a sharp rise in Taliban attacks on the Afghan police and army, Washington has accused Tehran of destabilising the country by supporting the Taliban and other armed groups fighting against the US and Nato troops.

Following last Saturday's suicide attack on an education centre in Kabul which killed 24 people and injured 57 others, US Special Representative for Afghanistan Reconciliation Zalmay Khalilzad blamed the country's neighbours for fuelling the conflict.

"Afghans are dying at a high rate, and regional spoilers are using Afghans as cannon fodder for their illegitimate objectives," Khalilzad wrote on Twitter.

On 14 October, in a virtual interview with the University of Chicago's Pearson Institute, Khalilzad had explicitly pointed to Iran as a major obstacle to peace talks in Afghanistan.

"There are two Irans. There is the foreign ministry which says positive things and makes statements that could be construed as supportive of a peace process," he said. "But there is another Iran that would like to keep the US entangled in a war."

According to Khalilzad, Iran "appears to want the war to go on rather than for the peace process to succeed".

Saeed Khatibzadeh, a spokesman for Iran's foreign ministry, suggested Washington was the main source of ongoing conflict in Afghanistan.

"The US is trapped in a self-made quagmire in Afghanistan," Khatibzadeh was quoted by IRNA as saying.

"As a result of wrong policies made by the White House rulers, the American soldiers' blood has been shed thousands of miles away from their country, and [these policies] have caused years of war and bloodshed for the Afghan people." 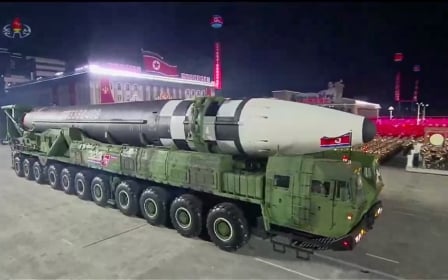 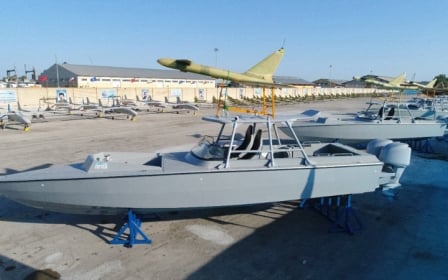