'Hundreds' of US sanctions on Iran will remain even after nuclear deal, Blinken says 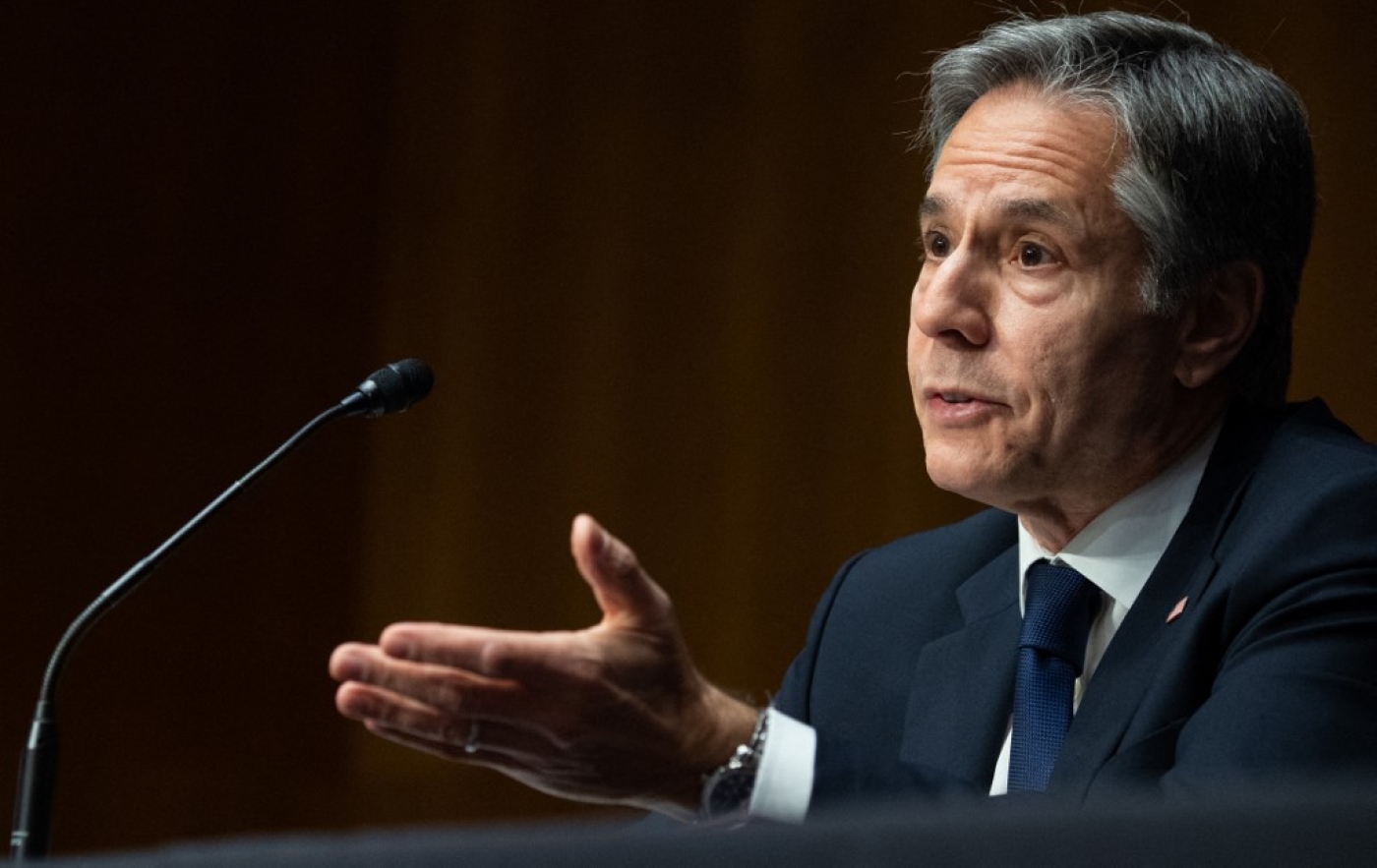 Hundreds of sanctions on Iran are expected to remain even after an agreement has been reached under the multilateral nuclear deal, US Secretary of State Antony Blinken has said.

Speaking to the Senate Appropriations Committee on Tuesday, Blinken said the US was willing to lift some sanctions on Tehran in exchange for the country returning to compliance with the original nuclear agreement, but "hundreds" more relating to its "destabilising" behaviour would remain. Return to nuclear deal does not hinge on who wins Iran's election, analysts say
Read More »

"We don’t know at this stage whether Iran is willing and able to do what it would need to do to come back into compliance [with the deal]. We will see if that actually materialises," Blinken said.

The secretary's remarks come just days after his team left Vienna, where the fifth round of indirect negotiations with Iran came to a close.

Iranian officials have said that "significant progress" has been made toward a final agreement, but a deal is not likely to be cemented before Iran's new presidential administration takes over in August.

Blinken said the US would have a "responsibility" to lift nuclear-related sanctions if Iran comes back into compliance with the original deal, but also to "maintain sanctions that are consistent ... with a multiplicity of malign Iran actions in a whole series of areas".

Meanwhile, Iranian Foreign Minister Mohammad Javad Zarif on Monday tweeted that it was time for the Biden administration to "change course" and move away from measures put in place by the Trump administration.

"It remains unclear whether @POTUS and @SecBlinken are ready to bury the failed 'maximum pressure' policy of Trump and @mikepompeo, and cease using #EconomicTerrorism as bargaining 'leverage'," Zarif said, claiming Tehran had already come into compliance with the original accord.

Zarif also posted on Tuesday about "fruitful talks" he had just completed with the UN envoys to Yemen and Afghanistan, saying that "Iran seeks regional peace and stability" and is "ready to facilitate" as much.

Key theme: Peace processes must be owned by all Afghans and Yemenis—without external imposition.

During his address on Tuesday, Blinken did not provide details on which specific sanctions would remain or what regional activities Iran would need to cease.

Former President Donald Trump pulled the US out of the Obama-era nuclear deal, known officially as the JCPOA, in 2018, and proceeded to impose a series of crippling sanctions that have destroyed Iran's economy.

During the final months of his presidency, the Trump administration issued a series of non-nuclear-related sanctions on various Iranian sectors.

President Biden has, since the campaign trail, vowed to re-enter the nuclear accord, but has called for Iran to move first in a "compliance for compliance" agreement.

Meanwhile, Iranian officials have decried the call, pointing out that the US left the deal long before Tehran chose to begin increasing uranium enrichment in the hopes to pressure the Trump administration.