Fuel suspected to be destined for Syria has been sold to an unnamed buyer, an Iranian government official says Iran has sold the oil from a tanker that was released by British authorities after being held for weeks in Gibraltar and the vessel's new owner will decide its next destination, Iran’s IRIB news agency quoted a government official as saying on Monday.

The Adrian Darya-1, whose name was changed from Grace 1 during its detention off Gibraltar, was released after a five-week standoff over whether it was carrying Iranian oil to Syria in violation of European Union and US sanctions on 18 August.

“The Islamic Republic of Iran has sold the oil of this ship and now the owner and purchaser of this oil will decide the destination of the cargo,” government spokesman Ali Rabiei said.

Tehran has not identified the buyer of the oil.

Separately, Iran announced on Monday that it had deployed a naval destroyer with cruise missiles to help secure Iranian ships. 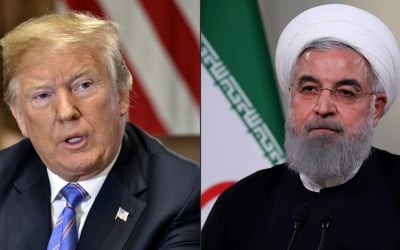 The United States had earlier said it would take every action it could to prevent the oil reaching Syria and had asked countries in the region to not assist the tanker.

Additionally, the tanker is no longer recorded as heading to Turkey, its intended destination over the weekend, Refinitiv Eikon shipping data showed on Monday.

Adrian Darya switched destinations on Saturday and was heading to Turkey instead of southern Greece. Shipping data on Saturday had indicated the vessel was to dock at the southern Turkish port of Mersin on 31 August.

The vessel, laden with 2.1 million barrels of crude oil, was previously sailing to the port of Kalmata in southern Greece, but Athens said it would not accommodate the tanker.

On Monday, Refinitiv Eikon data did not specify any destination for the Adrian Darya. Its last recorded location is south of mainland Greece, west of the island of Crete.

The two vessels became pawns in a bigger game, feeding into wider hostilities since the US last year pulled out of an international agreement to curb Iran's nuclear programme, and reimposed economic sanctions.