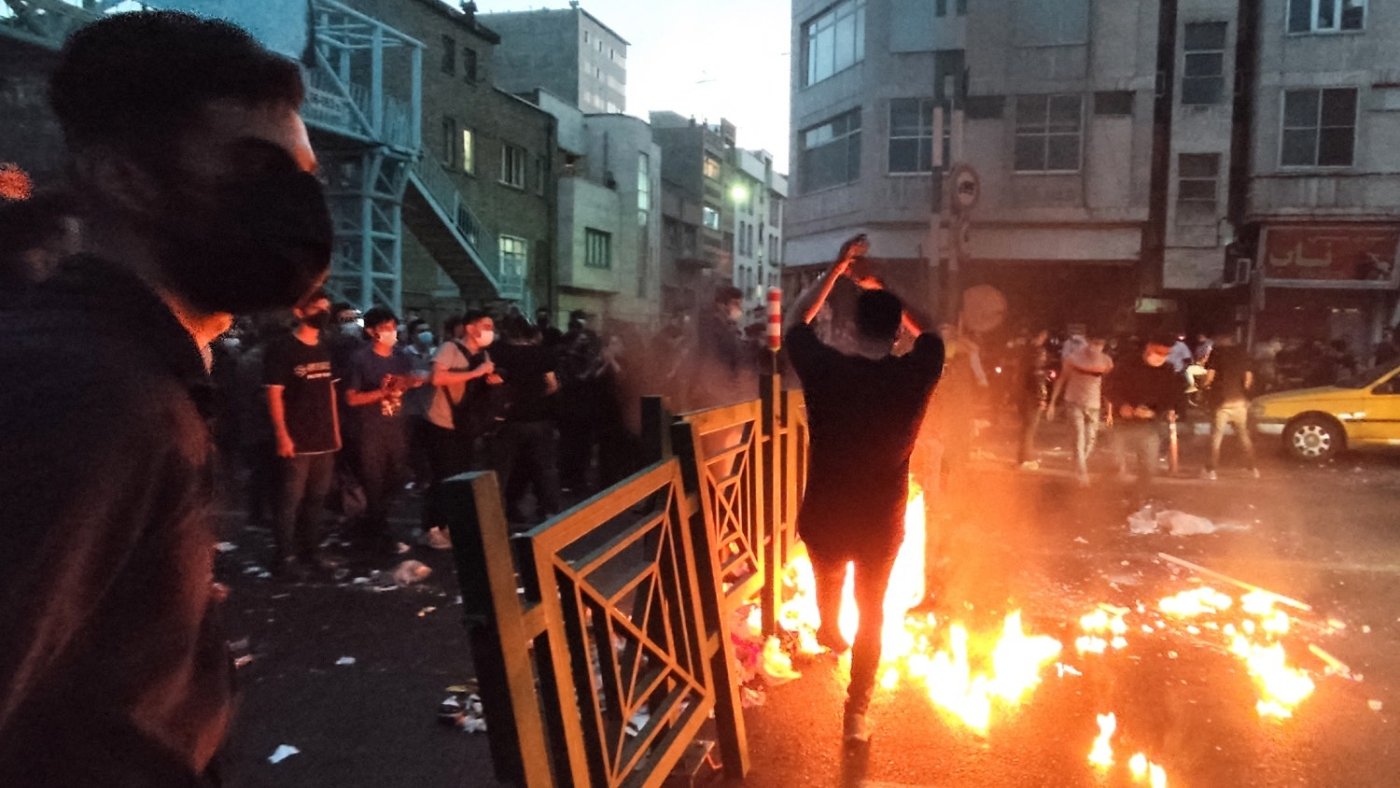 Iranian demonstrators taking to the streets of Tehran during a protest for Mahsa Amini. The photo was obtained outside Iran, on 21 September 2022 (AFP)
By
MEE staff

Iran has sent letters to European Union diplomats this week warning them to forgo issuing new sanctions on Tehran over its crackdown on protesters, saying the sanctions could result in the rupture of Europe's ties with the country.

"If Europe misses taking the nuances of the current situation into consideration, the ramification will be grave and the bilateral relations may not survive it," said one letter sent to EU ambassadors and obtained by Politico.

The letter to EU ambassadors, sent by Iranian Ambassador to the EU Gholamhossein Dehghani, implies that punishing Iran for the violence will "bear a detrimental impact on Iran-Europe relations" which are already "at their most fragile at the moment". 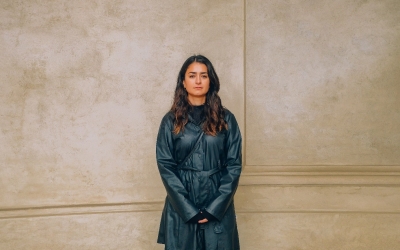 The Iranian diplomat attempted to reframe the ongoing protests, saying Iranian police have been "obligated to deter and detain all forms and manifestations of hooliganism on the streets of different cities in Iran".

The EU is expected to slap Iran with sanctions penalties for its suppression of protests that have erupted all over the country, following the death of 22-year-old Kurdish woman, Mahsa Amini, who died while in the custody of Iran's "morality police".

The sanctions would come at a pivotal time for Iran, as the government's crackdown has left scores of people dead, while Tehran is linking the unrest to foreign foes.

The US has already hit Iran with fresh sanctions over the crackdown, targeting the "morality police". The EU is now looking to follow suit and adopt a package of penalties at a foreign affairs ministers' meeting on Monday.

French Foreign Minister Catherine Colonna said she did not see "any difficulties ahead" for the EU to adopt sanctions on Monday, "despite the pressure exerted by Iran to cast our positions as interference".

Canada, meanwhile, on Thursday imposed its own sanctions on Iran, hitting three entities and 17 people including Javad Zarif, the former foreign minister, the country's foreign ministry said. Ironically, Zarif has criticised Iranian authorities for their reaction to the protests.

"The actions of the Iranian regime speak for themselves - the world has watched for years as it has pursued its agenda of violence, fear and propaganda," said Canadian Foreign Minister Melanie Joly.

US 'not focused' on nuclear talks

In his letter to diplomats, Dehghani also stated the importance of the Iran nuclear talks and said it was important to stay on a path to returning to the deal.

"At this critical juncture, when there is a real shot at the revival of the JCPOA post-US midterms, this is all the more critical," said the letter, referring to the deal's official name - the Joint Comprehensive Plan of Action.

But the US said on Wednesday that reviving the 2015 Iran nuclear deal is "not our focus right now", and added that Tehran had shown little interest in reviving the pact and that Washington was concentrating on how to support Iranian protesters.

"It is very clear and the Iranians have made very clear that this is not a deal that they have been prepared to make. The deal certainly does not appear imminent," Price told a briefing.

"Nothing we've heard in recent weeks suggests they have changed their position. And so right now our focus ... is on the remarkable bravery and courage that the Iranian people are exhibiting through their peaceful demonstrations," he said.

After a year-and-a-half of indirect talks between the US and Iran, a final draft agreement was created by the EU, but the talks have stalled as several sticking points continue to take hold.

In addition to Iran seeking a guarantee that the US would stick to the deal, Tehran has also called for an end to an investigation by the International Atomic Energy Agency into uranium traces found at three undeclared sites in Iran. 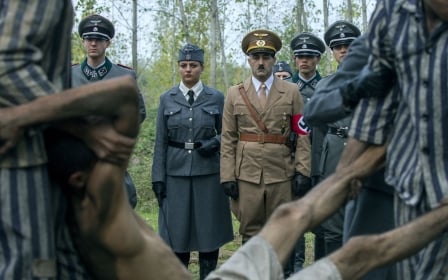 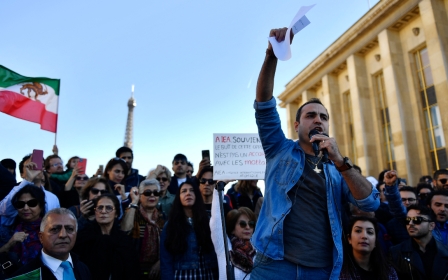 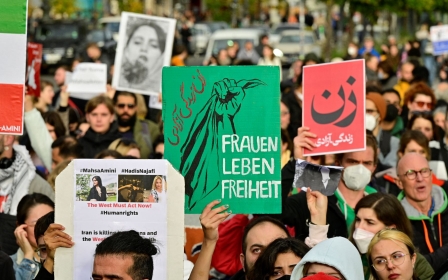