Iran 'stole the dreams and hopes' of Yemenis: Nobel laureate 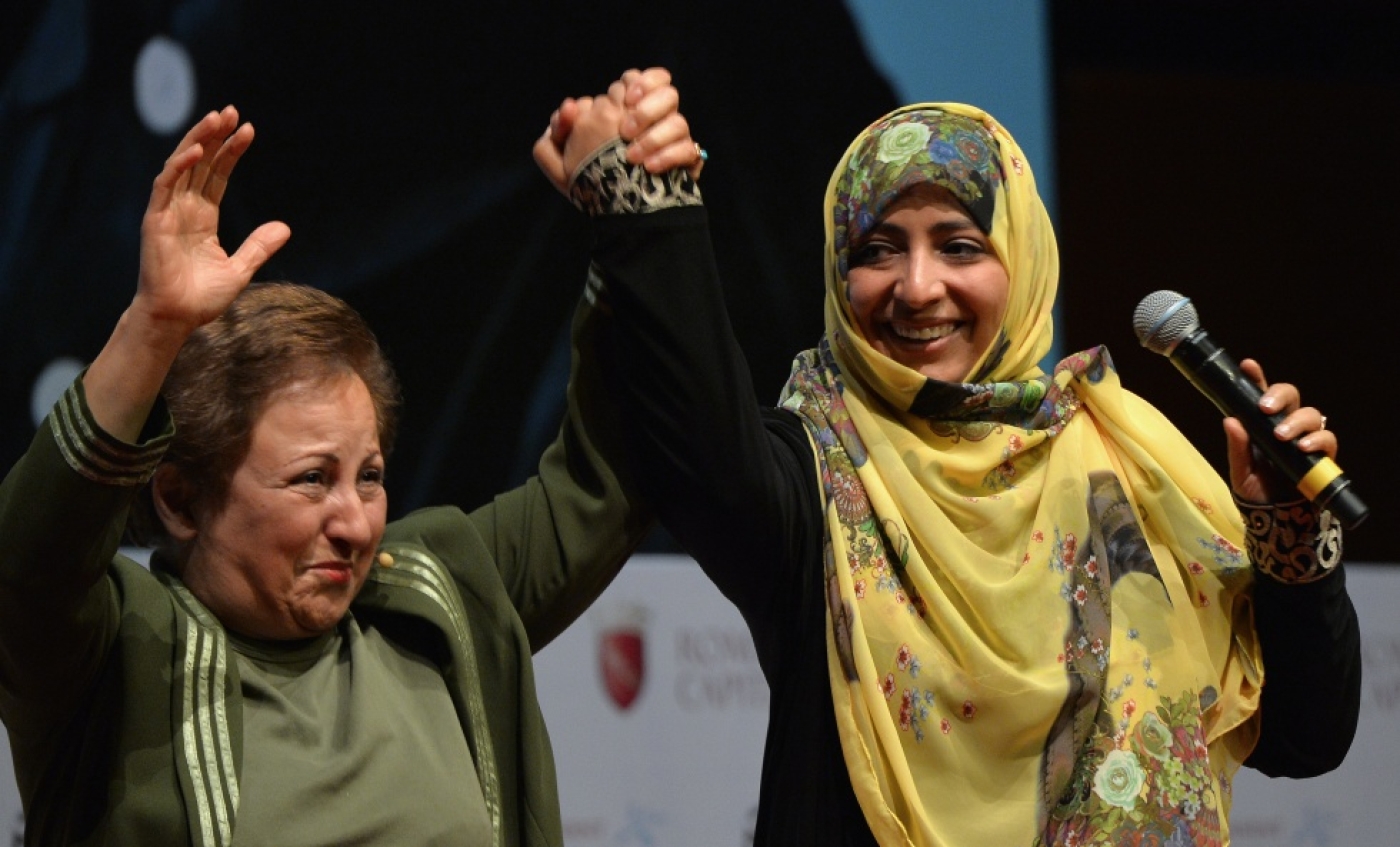 Yemeni Tawakkol Karman and Iranian Shirin Ebadi were attending the 14th World Summit of Nobel Peace Laureates in Rome held between 12 and 14 of December.

"Some thieves steal public goods, some stole the dreams and hopes of other people, and that is what Iran has done in Yemen," Ebadi said.

"I am a Shiite and I want to apologise for what Iran has done in Syria and Yemen," she said.

"The regime does not represent the Iranian people, the Iranians love the region's people," Ebadi added.

There is no religious conflict in the Middle East, but rather there is a problem of discriminating governments in the region, Karman said.

Karman said that Iran recently itself claimed that the Yemeni capital of Sanaa was now in its hands.

She went on to say that Iran’s nuclear program was against other countries in the region. She also drew attention to Iran's alleged support for Yemen's ongoing Houthi militancy.

In late September, Houthi militants, who belong to a branch of Shiite Islam, seised control of Sanaa following weeks of clashes and protests that had paralyzed the Yemeni capital.

"In 2011, our revolution, which was intended to be peaceful, began as an impact of the Arab Spring. At that time, we could have removed Ali Abdullah Saleh, who was the president of Yemen for 12 years," she said.

Yemen has been dogged by political turmoil since a popular uprising erupted in 2011 that toppled the autocratic ruler Saleh one year later.

Ebadi received the Nobel Peace Prize in 2003 for her efforts for democracy and human rights for women, children and refugees in Iran.

Karman was awarded the Nobel Peace Prize in 2011 along with Liberian President Ellen Johnson Sirleaf and Liberian peace activist Leymah Gbowee for their non-violent struggle for the safety of women and women's rights.

Karman is the first Yemeni and Arab woman, and the second Muslim woman to win a Nobel peace prize.