Iran-US thaw: Time frozen in 1979 at Tehran's US embassy

The compound where the 444-day siege took place after the revolution is now a museum. With nuclear deal, could the Americans soon return? 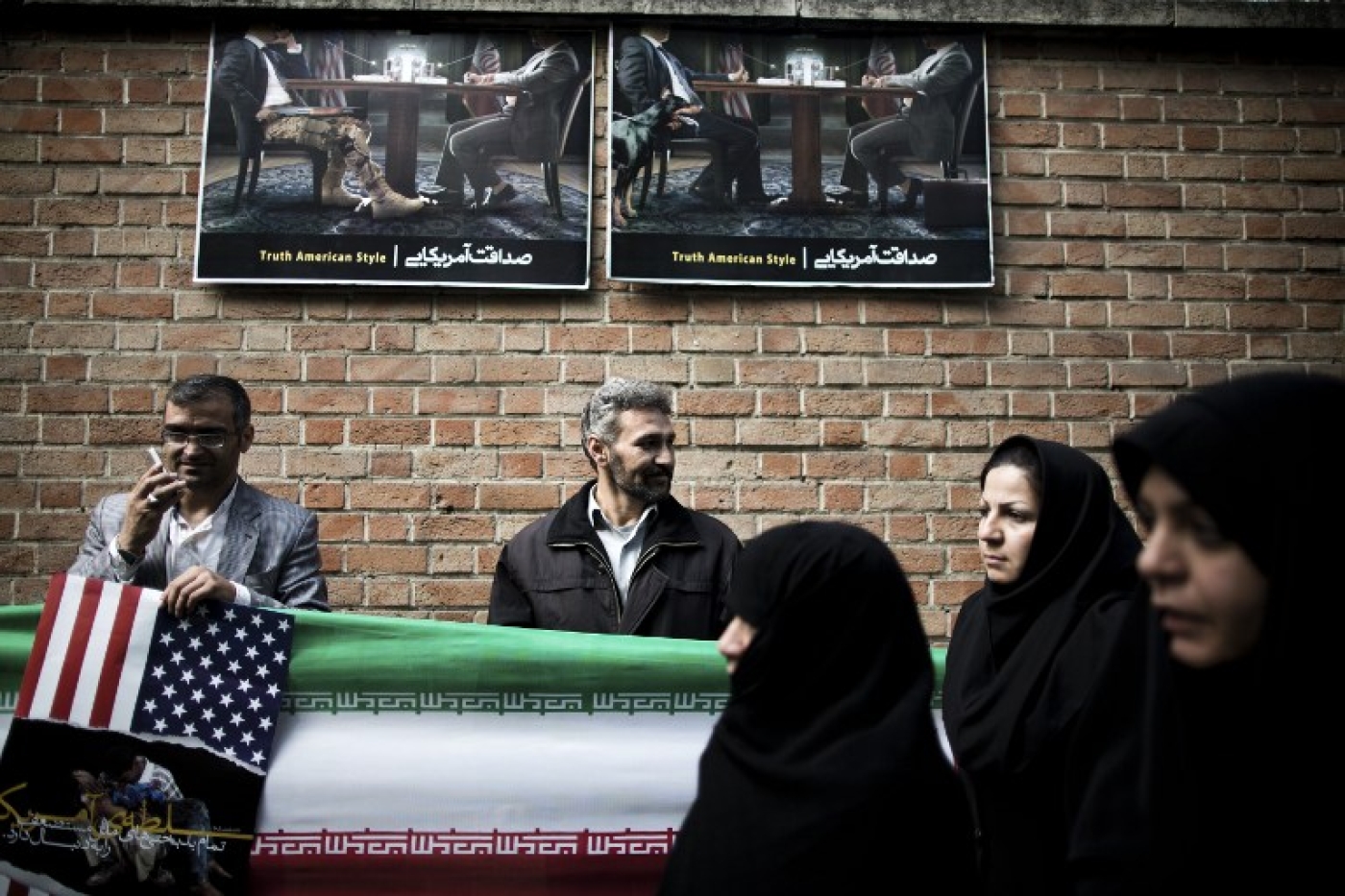 Iranians outside former the US embassy in Tehran marking the 34th anniversary of the 1979 US embassy takeover, Nov 2013 to (AFP)
By
Jonathan Steele

“The Americans won’t come back to this building. It’s a symbol of their oppression,” says Mohamed Reza Shoqi, a guide who takes visitors round the old US embassy in central Tehran.

“So I’m not worried about losing my job,” he adds with an eye on the restoration of diplomatic relations with the US which will eventually follow the nuclear deal being negotiated between Iran and the so-called P5+1 states.

He may well be right that the Americans would not want to re-occupy the sprawling two-storey brick building where US diplomats were held for 444 days after radical students seized it on 4 November 1979.

Although it is in a vast compound that once included the ambassador’s residence, it lacks the security facilities of most contemporary US embassies which now tend to be on more remote sites with an easily surveyed perimeter. A central tree-lined city street where demonstrators can easily gather is no longer in favour.

The building has long been under the control of the Revolutionary Guard Corps. It has been converted into an exhibition centre attacking US imperialism. The outside wall along Taleqani Avenue is covered with revolutionary slogans and graffiti which include the Statue of Liberty with a skull instead of a face.

Shoqi reports that foreigners are almost the only people who pay for a tour of the embassy. It costs $33 per person. Iranians pay much less but few bother to come, unless they are on a school or student outing.

Inside the building, they proceed along a corridor showing photographs of children’s corpses and other atrocities from wars in the Middle East and Vietnam.

They see a waxwork effigy of William Sullivan, the last US ambassador, sitting in a glass-walled room that was secure from bugging, as well as ancient machines used for tapping the Iranian government’s phones and sending coded messages back to Washington.

A huge new hoarding recently went up inside the embassy grounds. It is dedicated to the nuclear negotiations and shows Iran’s Supreme Leader, Ayatollah Ali Khamenei, and the headline “We don’t trust America." A circular image of the Stars and Stripes is surrounded by six circles showing the Israeli Star of David.

Shoqi accepts the current official wisdom in Tehran that a deal will probably be struck but repeats the hoarding’s message in his own words: “We don’t trust the West. History teaches us that America and Britain want superiority over us. They don’t want to understand the world has changed. People have woken up."

Elham, a young woman in her last year as a psychology student, was walking past the old US embassy on her way from a book fair. She sported a black sun visor with her headscarf tilted right back. Since President Hassan Rouhani’s election in 2013, the so-called morality police are much less active.

“I don’t think the Americans will be back here soon,” she said. “I hope they come in a friendly peaceful manner, not like in Iraq and Afghanistan. We want a win-win situation, as President Rouhani said.

"Sanctions are intensely annoying. They affect everything. Consumer goods have gone up in price faster than our incomes, which are modest, so have medicines. The economy is sure to do better."

When the preliminary framework for the nuclear deal was signed in Lausanne in April, crowds filled the streets and cars sounded their horns incessantly in middle-class north Tehran. The euphoria of that evening is over and the authorities have managed to dampen expectations of immediate changes when sanctions are lifted.

The latest attraction for Iranians is a new pedestrian bridge which crosses one of the main highways in Tehran and links two parks that used to be separated. The bridge has three levels with restaurants and cafes at each end and at weekends it is crowded with families pushing prams in the warm spring sunshine and couples taking selfies against the backdrop of the snow-covered Alborz mountain range.

“There’ll be a big change when sanctions are over," said Ali Reza, a 26-year-old architect, as he sat with his wife, admiring the view. “It’ll improve employment, tourism, and good relations with other countries. Goods might go down in price and the exchange rate of the rial will become normal again. We have qualified people in Iran. We just need more investment and industry."

Not everyone is so confident that a deal will be struck. Hossein, a young computer engineer who augments his income, like many Tehranis, as an unofficial taxi-driver by giving people lifts in his car, said he doubted there would be an agreement. “The big powers want to take a lot from Iran, too much in fact, and Iran will have to resist," he said. He referred to Islam’s Twelfth Imam, who disappeared in 940 and is expected by Shia Muslims to return at some point in the future.

“Life will be hard but the Twelfth Imam will protect us as he did in the war with Iraq,” he said. 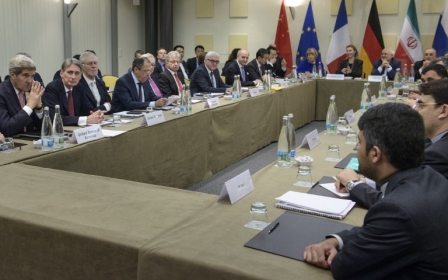