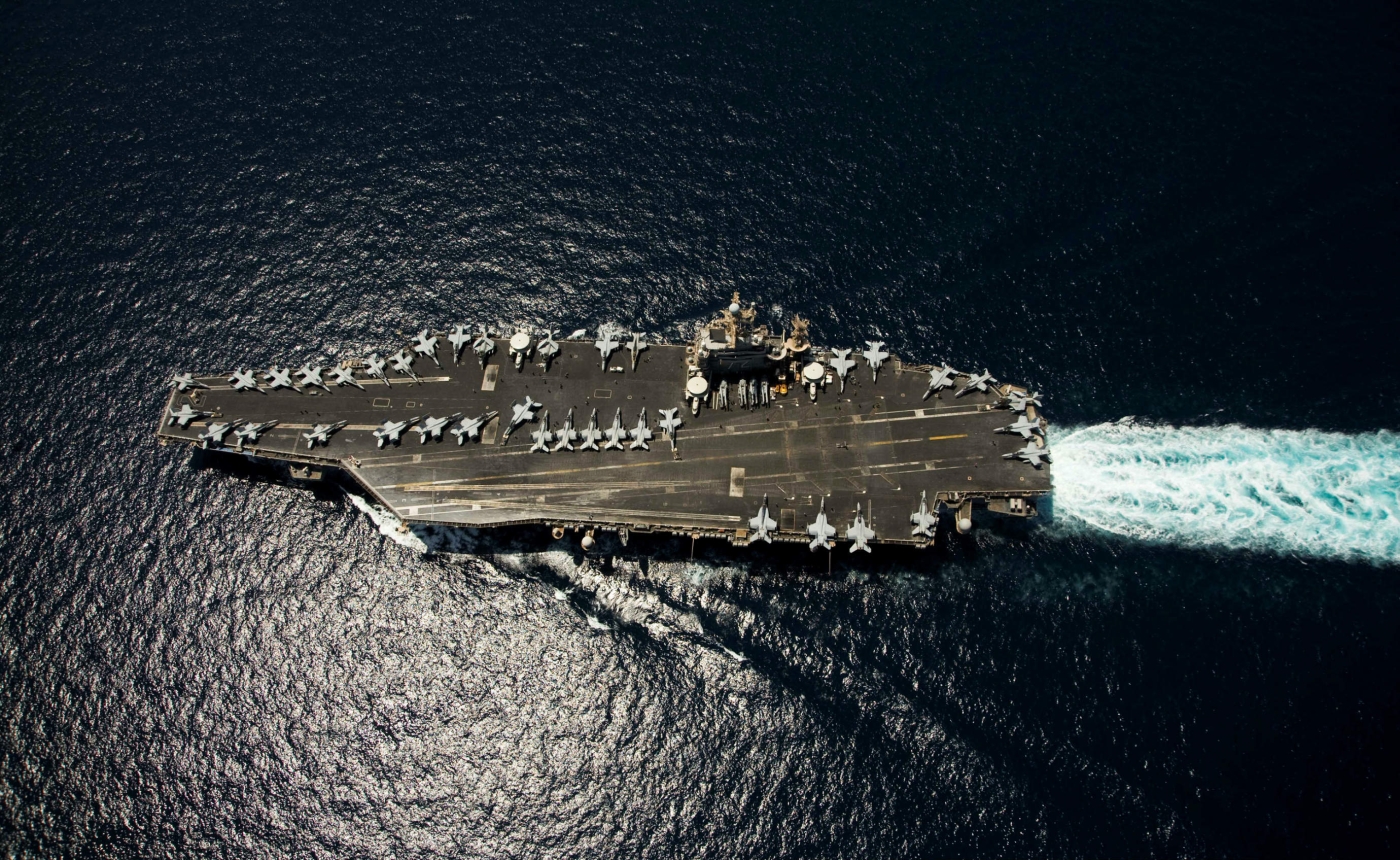 The USS Abraham Lincoln and its accompanying convoy of ships steamed out of Norfolk, Virginia on 1 April on their way to the Middle East (AFP)
By
MEE correspondent

Akbar Torkan, a former defence minister and a current adviser to Iranian president Hassan Rouhani, said that Israelis - and not Iranians – are the ones who are pushing for the idea of a shutdown of the Strait of Hormuz.

"No official from Iran has ever said that we will close the Strait of Hormuz," Torkan told Arman daily.

"This is what Israeli wants... and they are propagating this news to cause confrontation between the countries in the region." Torkan also claimed that last week's sabotage attack of vessels off the United Arab Emirates' Fujairah port, was a false flag attack "planned and carried out by Israel and Saudi Arabia" to "set the Persian Gulf on fire".

Tensions between the United States and Iran have escalated in recent weeks.

The US military accelerated the deployment of a carrier strike group to the Middle East and sent bombers and Patriot missiles to the region earlier this month in response to what Washington said were troubling indications of possible preparations for an attack by Iran.

However, both the Iranian and US governments have declared that they do not seek a war.

Torkan also stressed that the officials on both sides of this current encounter "must control the situation in a way that no unforeseen occurrence" push the two countries into conflict.

Mohammad Moghesieh, the conservative judge of the 28th branch of the Islamic Revolutionary Court, has sentenced three members of the Iranian Writers Association (IWA) to six years in prison.

Reza Khandan, Keyvan Bajhan and Baktash Abtin were accused of "propaganda against the state" and "collusion against national security".

It is not the first time that Iran's judiciary has imprisoned members of the association.

In a statement posted on their Facebook page on 16 May, the IWA condemned the court's verdict, underlining that its members have not committed any crimes and that they have been sentenced because of their attempts to fight against censorship and to defend freedom of speech.

"This was not just a trial of three writers, but a trial of all writers and the ones who stand for the right to freedom of opinion and expression," the statement read.

"An end should be put to these trials and court hearings of the past [four] decades which have no aim other than suppressing free speech and spreading fear and terror [in society],” the statement continued.

Acid attack sentences to be increased

The Iranian parliament has passed the general outlines of a bill increasing the punishments for acid throwing in an attempt to curb this kind of attack.

In recent years, there have been several cases of acid attacks in Iran.

In 2014, a series of attacks took place in the city of Isfahan, which activists believe were organised by hardliners against women not following strict Islamic dress codes.

On 19 May, the IRNA news agency published photos of a group of acid attack victims at a parliamentary session to assess the bill for increasing penalties against acid throwers.

The majority of the legislators have voted for increasing the protective measures to support those who are targeted by this crime.

The previous law for offences related to acid throwing in Iran dated back to 1958, when the crime was not as common as today.

Most victims of acid attacks in Iran are women, who are often targeted for giving a negative response to a marriage proposal or as the victims of honour crimes.

There is no data available about the exact number of attacks taking place in Iran.

Some officials put the number at less than 20 attacks for the past decade, while in September 2018, a former head of Tehran's Motahari hospital said that every year 60 to 70 persons are being subjected to acid attacks.

Women's football in Iran has once again made the headlines - this time not for the bans imposed by the government, or over poor infrastructure, but over a fight that broke out during a match and resulted in the hospitalisation of one of the players.

On 18 May, the ISNA news agency published a report of the game between teams from the cities of Isfahan and Sirjan in which the match turned into an on-field brawl during its final minutes. The images and a video published by ISNA showed the footballers punching and pushing one another while the referees tried to calm the situation down.

One day later, news of the game, with photos of the fight, was on the front page of most Iranian papers.

The incident has attracted lots of attention in Iran, with experts highlighting it as an indication of "accumulating indignation" in Iranian society, where football is the most popular sport.

"Football is a thermometer to society, a medium that lets people's anger, happiness and hope flow," Ehsan Mohammadi, a columnist for the sports daily Iran Varzeshi, wrote on 19 May.

"Instead of assessing these clenched fists with a sexist viewpoint, it would be better to analyse the root causes for such incidents." 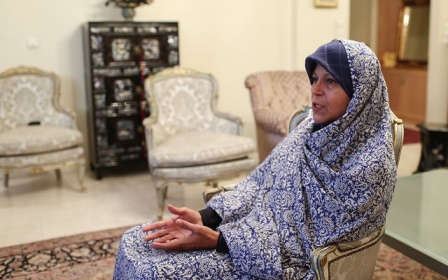