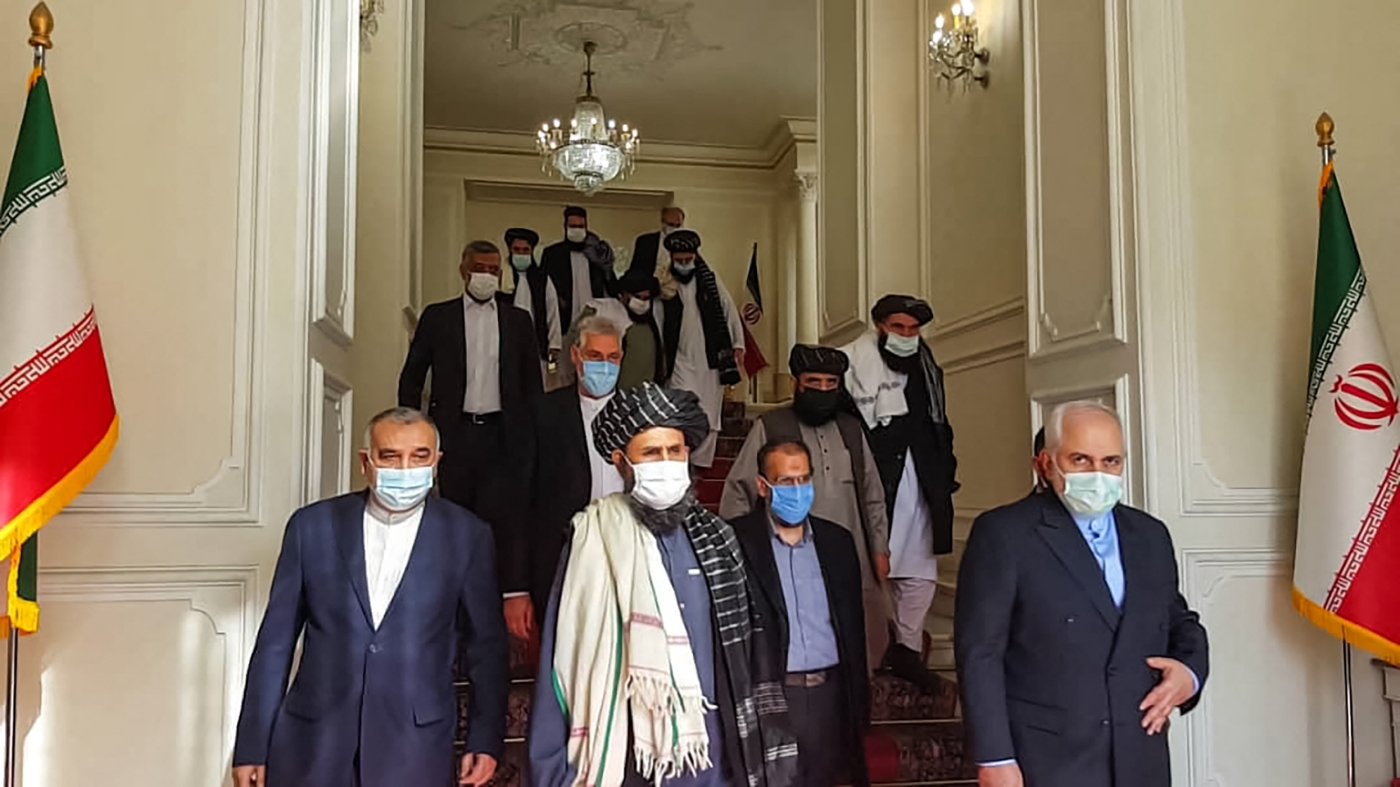 The fall of Afghanistan to the Taliban has sparked mixed reactions in Iran, with some hailing the end of the "US forces occupation" in Iran's neighbouring country and others concerned about the militant group's possible threat to Tehran.

Iran's President Ebrahim Raisi was among the first officials welcoming the collapse of the US-established government in Kabul.

Ali Shamkhani, a veteran general and the Secretary of Iran's Supreme National Security Council, also echoed a similar sentiment in a Twitter post in Farsi, Arabic and English.

"During a visit to Kabul in 2019, I had a challenging meeting with the [then] President of Afghanistan. Today, their Defense Minister's sorrowful remarks translated effects of the 20-year occupation by US," Shamkhani wrote on Twitter.

On Monday, a few Iranian dailies published during the current national lockdown covered the fall of Afghanistan under headlines such as "Taliban takes control over all of Afghanistan", "Be ready for a different image of Kabul", and "Taliban in Kabul".

"It is all done," wrote Iran Newspaper.

"After less than a two-week restless fight, the Taliban victoriously entered Kabul, saying that they had no plans to seize it," read the daily's main article on Monday.

Meanwhile, Iranian and Afghan people, who share Farsi as a language, took to social media to react to Afghanistan falling into the hands of the Taliban.

One hardline journalist, in a tweet, criticised the US policies in Afghanistan.

"It was said that the US brought high-speed internet, national elections committee, and free elections to Afghanistan. [But], the US controlled Afghanistan for 20 years, and now handed over the wreckage to the Taliban, and left," said Ali Naderi.

From the Iranian anti-government camp, social media users compared the Taliban with the Islamists who took power in Iran in 1979.

"Iran, 43 years ago, was diagnosed with [the] same cancer which has recently attacked Afghanistan," an Iranian user wrote on Twitter, with photos of Iran's first Supreme Leader Ruhollah Khomeini in 1979, along with a picture of today's Taliban fighters in Afghanistan.

On Saturday, the Iranian government announced a six-day national lockdown to combat the current coronavirus surge in the country - however, health experts have criticised the decision as too little, too late.

Pressure mounted on Iran's President Ebrahim Raisi when his government decided not to ban the 10-day Muharram mourning ceremonies, which began on 10 August in Iran.

Health care professionals suggested that with no ban on religious services, the lockdown would only add to the presence of more people at public mourning ceremonies. 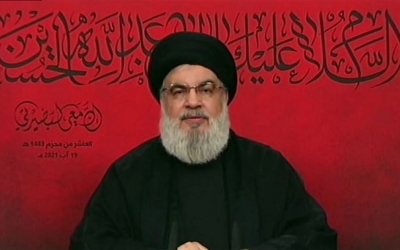 Hadi Yazdani, an Iranian physician, told the Arman daily that a short general lockdown would not break the chain of coronavirus transmission.

"We have stressed several times that a lockdown to control the pandemic should be 14 days at least, so what is the reason behind a six-day lockdown?" he was quoted as saying.

"Have you shut down [offices] to have more crowds at the mourning ceremonies?" he added.

The pro-conservative Javan daily, which supported Raisi in the June presidential election, also joined Raisi's critics, urging him to impose a two-week lockdown in all cities.

"The daily death of 500 and more people is not a joke," the daily wrote.

"A half-done lockdown will not defeat coronavirus but would let the virus continue its ravages."

Since mid-July, Iran has faced a new wave of the pandemic, with a rising number of daily deaths and new cases that have put the country's healthcare system on the verge of collapse.

As of Wednesday, 99,691 people had died from Covid-19 in Iran since the beginning of the pandemic.

The election of an ultraconservative member of Iran's Islamic Revolutionary Guard Corps (IRGC) as the Iranian capital's new mayor has caused controversy in the country's political society, which is now entirely controlled by conservatives.

On 8 August, members of the newly elected Tehran city council voted for Alireza Zakani, a former MP, to sit in Tehran's mayor seat - however, a leaked audio recording revealed that the council members were threatened to elect him.

In the leaked tape, Mehdi Chamran, the conservative chairman of the City Council of Tehran, says that council members received threatening calls pressing them to support Zakani.

Chamran did not reveal which political entity or politician was behind the threats. However, it is widely believed that the pressures were exerted by the IRGC and the political faction that supported Raisi in the June presidential election.

During the presidential election, Zakani, who was an MP, announced his candidacy, but two days before the election, he pulled out of the race, supporting Raisi.

After Zakani was elected mayor, the Iranian outlet, Bahar News, suggested that his election was the share he won from the conservatives' total power grab, which came after last year's parliamentary election and Raisi's victory in the June presidential election.

On Sunday, Iran's official news agency IRNA criticised Zakani's election, underlining his lack of qualification. According to law, the Tehran mayor should have a university degree in majors related to the position, or executive experience at the national level.

Instead, Zakani is a physician, and the only executive position he had at the national level was when he led the student branch of Iran's Basij paramilitary group in cracking down on the 1999 student uprising.