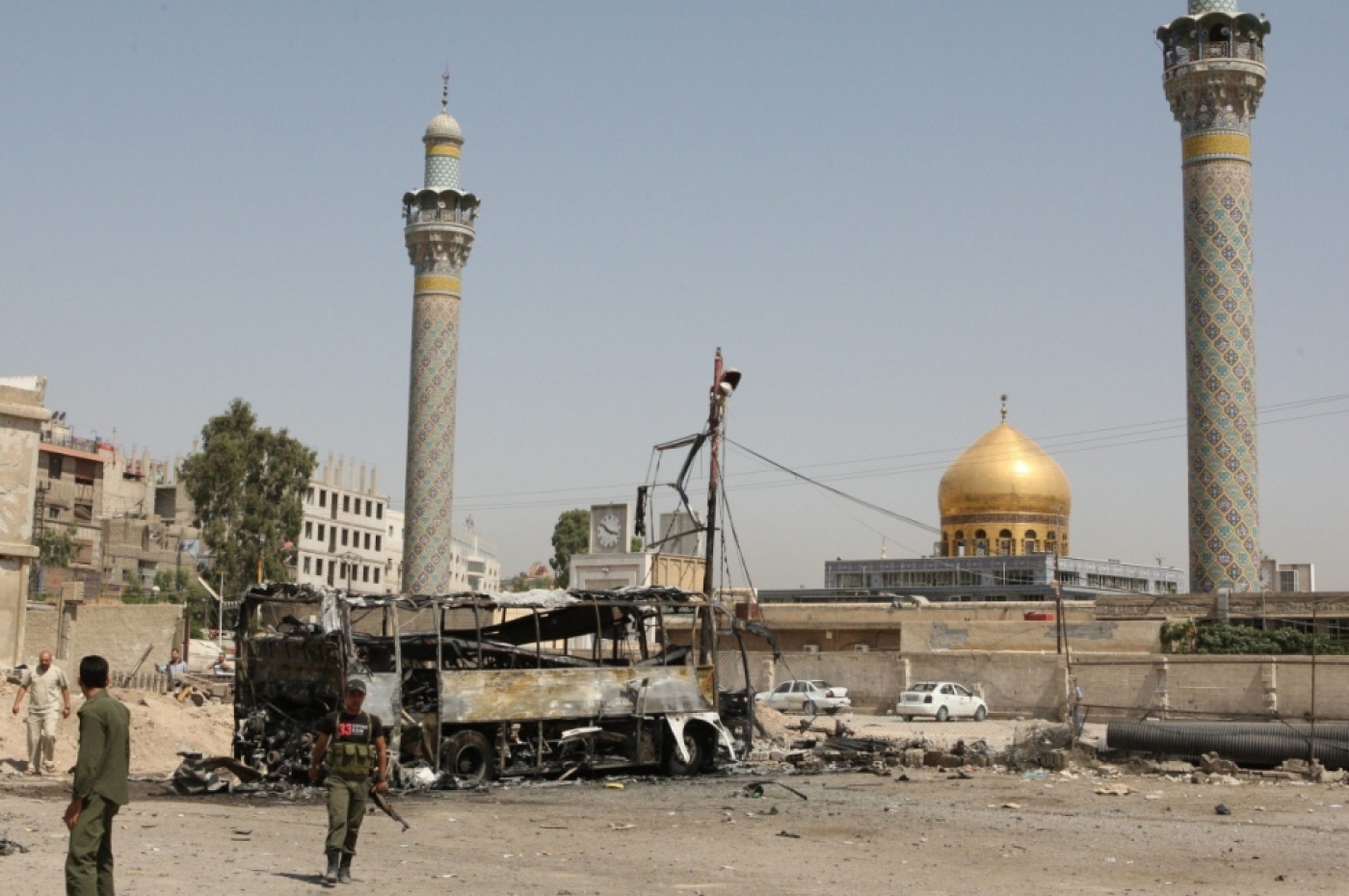 The Sayyidah Zaynab Shrine, where 2 Iranian soldiers were reportedly killed on Thursday (AFP)
By
MEE staff

Two soldiers from Iran’s Revolutionary Guard were killed in fighting in Syria on Thursday, reported Ammariyon, an Iranian news site with strong ties to the country's military.

They died while stationed at the Sayyidah Zaynab Shrine, a Shiite pilgrimage site 10 kilometres south of the capital Damascus.

The news was not reported by Iran's state news agency Fars.

Troops fighting for the Syrian government were able to retake the contested suburb of Mleiha seven kilometres north-east of the shrine on 15 August, after five months of heavy fighting there.

The soldiers will be buried on Friday morning at a ceremony to be attended by Revolutionary Guard leaders as well as a representative of Ali Khamenei, Iran’s Supreme Leader.

A former Revolutionary Guards commander, Abdollah Eskandari, was beheaded while defending the same shrine in June.

However, there are sporadic reports of the deaths of Iranian fighters in combat – Iranian radio station Radio Zamaneh reports that at least 60 Revolutionary Guards soldiers have been killed in Syria since 2011.

Several hundred military specialists, including commanders from the elite Quds Force, have been sent to Syria so far this year, according to Iranian sources cited by The Telegraph.

In early 2014 Syria’s Interim Finance Minister told al-Hayat newspaper that Iran has given around $15bn in financial support to the Syrian regime.