Iran welcomed Aoun's election as a victory for its Lebanese ally Hezbollah, who are closely allied to the Christian leader Iran, which welcomed Aoun's election as a victory for Hezbollah, is a political and military ally of Assad in the Syrian civil war. Assad's troops are supported by Iran-backed militias and Hezbollah fighters from neighbouring Lebanon.

Sunni Saudi Arabia and Shia Iran also back opposing factions in Yemen, Iraq and Bahrain and broke diplomatic ties earlier this year after Riyadh's execution of a Shia cleric and a subsequent attack by protesters on its embassy in Tehran.

Speaking on arrival at Beirut airport, Zarif, who was accompanied by a high profile political and economic delegation, said he hoped to expand ties with Lebanon.

Former army commander Michel Aoun was elected by the Lebanese parliament as president last Monday, ending a 29-month presidential vacuum. Aoun then asked Sunni Muslim leader Saad al-Hariri to start consultations to form a new government of which Hariri would be prime minister.

The empty presidency was a symptom of an underlying political struggle between rival factions in Lebanon, which has been made worse by the war in neighbouring Syria. It has paralysed decision-making, economic development and basic services, and raised fears for the country's stability.

The deal to appoint Aoun as president and Hariri as prime minister has underscored Hezbollah's dominant role in Lebanon. It has also demonstrated a diminished position for Hariri's main regional backer, Saudi Arabia, which seems more focused on confronting Iranian influence elsewhere in the region.

Under Lebanon's sectarian power-sharing system, worked out upon independence and confirmed after a bitter 15-year civil war, the president must be a Maronite Christian, the prime minister a Sunni and the speaker of parliament a Shia.

Syrian envoy Mansour Azzam, who is head of presidential affairs, greeted Aoun on behalf of Syria's President Assad, saying he hoped Aoun's election would contribute to stability in Lebanon and in the region.

Azzam said there would be "no new page" in Syria-Lebanon relations and they would continue in a balanced way.

Aoun's meetings with Iranian and Syrian dignitaries came on the same day as Prime Minister-designate Hariri said Lebanon's new administration was a chance to revive ties with the Gulf Arab countries.

"The formation of the government is a chance to renew the emphasis on Lebanon's Arab identity and return momentum and heat to Lebanon's relations with its brethren in the Gulf Cooperation Council (GCC)," Hariri said after meeting GCC ambassadors to Lebanon. 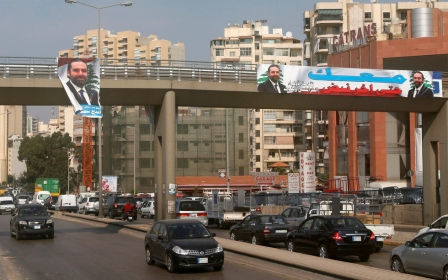 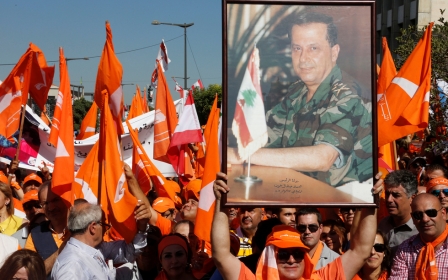