Islamic State (IS) has claimed responsibility for a deadly suicide attack in Baghdad, making the announcement early on Friday via the group's Amaq news agency on its Telegram channel.

Two men blew themselves up in a crowded Baghdad market on Thursday, killing at least 32 people and wounding 110, in Iraq's first big suicide bombing since 2018, authorities said.

Officials described it as a possible sign of the reactivation of the group. The first attacker drew a crowd at the bustling market in the capital's Tayaran Square by claiming to feel sick, then detonated his explosives belt, the interior ministry said.

As more people then flocked to the scene to help the victims, a second suicide bomber set off his explosives.

The open-air market in the Bab al-Sharqi area of the capital, where second-hand clothes are sold at stalls, had been teeming with people after the lifting of nearly a year of Covid-19 restrictions across the country.

An AFP photographer at the scene said security forces had cordoned off the area, where blood-soaked clothes were strewn across the muddy streets and paramedics were rushing to take away the casualties.

The health ministry said those who lost their lives had died at the scene of the attack, and that most of the wounded had been treated and released from hospital.

'Daesh will face a force to be reckoned with'

Following the IS claim of responsibility, Iraqi Prime Minister Mustafa al-Kadhimi said on Twitter: “Our people have proven their resolve in the face of Daesh’s (IS) terrorism. The will to live among our people as they face terrorism in the scene of the heinous crime at Bab al-Sharqi was a message of defiance and unparalleled courage.

“Our response to those who shed innocent Iraqi blood will be bold and earth-shattering, and the evil leaders of Daesh will face a force to be reckoned with.”

Iraqi MP Sarkawt Shamsulddin told MEE: “It might be too early to know who exactly stands behind the explosion, but it is clear that our security system needs to be depoliticised and better trained for urban communities.

“It is the responsibility of the intelligence services to tell us what is happening.”

Such violence was commonplace in Baghdad during the sectarian bloodletting that followed the US-led invasion of 2003 and later on as IS swept across much of Iraq and also targeted the capital.

But with the group's territorial defeat in late 2017, suicide bombings in the city became rare.

Baghdad's concrete blast walls were dismantled and checkpoints across the city removed.

Iraqi President Barham Salih said in a tweet: “The twin terrorist bombings against the safe people of Baghdad at this time confirm the attempts and endeavours by dark groups to target the national needs and aspirations of the Iraqi people for a peaceful future.

“We stand firmly against these rogue attempts to shake our country’s stability.”

The United States, the United Nations and the European Union also strongly condemned the attack. Pope Francis, who hopes to visit Iraq in March, deplored the "senseless act of brutality".

Acting US Secretary of State Daniel Smith said the bombings "were vicious acts of mass murder and a sobering reminder of the terrorism that continues to threaten the lives of innocent Iraqis".

The attack comes as Iraqis prepare for an election, events often preceded by bombings and assassinations.

The 2018 attack took place just a few months before Iraq's last round of parliamentary elections.

Kadhimi had originally set this year's general election for June, nearly a year ahead of schedule, in response to widespread protests in 2019.

But authorities are in talks over rescheduling them to October, to give electoral authorities more time to register voters and new parties. 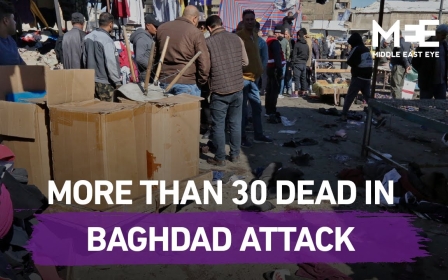 Inside Iraq
More than 30 people killed in Baghdad suicide attack 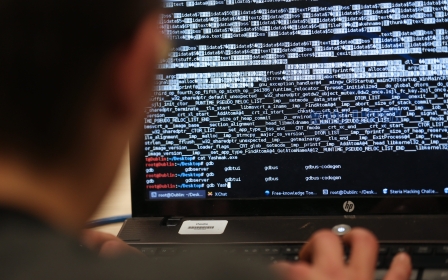