Ramzi Kaiss
Articles contained in the draft could be used to stifle criticism of politicians, government officials and other public figures The draft law criminalises imprecise actions, such as "affecting the national security or national economy of the country" (AFP/file photo)

Iraq’s Council of Representatives is considering a vote on a draft law for combatting cybercrime. With rapidly evolving technology and the rise of online criminality, a cybercrime law is needed in Iraq, but the current version would severely threaten freedom of expression; it criminalises vaguely defined acts and is open to an overly broad interpretation.

A similar draft law was first introduced before parliament in 2011, but after Iraqi and international organisations campaigned against it, the media and culture committee called for its withdrawal in 2013. The text was reintroduced with slight amendments in 2019, before being reintroduced again, with more significant changes, in late 2020.

While some of the changes, including dropping life imprisonment for anyone “undermining the independence, integrity and safety of the country”, are welcome, a number of problematic provisions remain.

A newly introduced article, for example, would punish entering a website or using a computer “with the intention of obtaining data or information affecting the national security or the national economy of the country” with a maximum of 10 years in prison, in addition to fines.

The draft law could easily be used to arbitrarily target or restrict the work of whistleblowers, journalists and activists

Another article, “Crimes of Public Order and Morals,” would penalise with imprisonment individuals who violate “the sanctity of individuals’ private or family life by taking pictures or publishing news or audio or video recordings related to them, even if they are true”.

Articles contained in the draft could be used to stifle criticism of politicians, government officials and other public figures in Iraq. The criminalisation of imprecise actions, including “affecting the national security or national economy of the country” or violating “the sanctity of individuals’ private or family life” would provide authorities with excessive discretion to severely restrict freedom of expression online. It is unclear as to when the draft may be voted on.

What is all the more concerning is that the processes of amending the draft law and reintroducing it before parliament have been marred by a lack of transparency by Iraqi authorities.

But as opposed to other draft laws before parliament, the amended text has never been made available on the parliamentary website. This has made it more difficult for Iraqi civil society organisations to examine the proposals and bring up concerns with lawmakers during consultation sessions. Last month, 10 Iraqi and international human rights organisations - including MENA Rights Group, Amnesty International, the Committee to Protect Journalists and the Iraqi Observatory for Human Rights, among others - issued a joint letter calling on members of Iraq’s Council of Representatives to withdraw the text or sufficiently amend its problematic provisions.

In the letter, the coalition argues that despite its revisions, the draft law does not effectively combat cybercrime and remains significantly problematic, given the use of overly broad terms and the criminalisation of vague and imprecise acts that may be subject to broad interpretation by a judge, thus failing to meet the criteria of legal clarity and predictability.

According to the NGO coalition, the broad provisions contained in the draft law could easily be used to arbitrarily target or restrict the work of whistleblowers, journalists and activists seeking to access or share information related to human rights abuses or political corruption. As public-interest information, this is protected under the right to freedom of expression.

As maintained by the United Nations Human Rights Committee in its General Comment 34, “a norm, to be characterised as a ‘law’, must be formulated with sufficient precision to enable an individual to regulate his or her conduct accordingly”.

According to Samaro, “under the draft law, ‘applications’ fall under the definition of an information system, which means smartphone apps that individuals use on a daily basis to communicate with their family, friends or even to document and share human rights violations would be subject to mass surveillance without limitation or standards.”

Since the emergence of nationwide anti-government protests in 2019, Iraqi activists, journalists and citizens have faced waves of arrests, intimidation and killings at the hands of security forces, unidentified gunmen and armed paramilitary groups.

Shujaa al-Khafaji, an Iraqi blogger who runs a Facebook page highlighting corruption cases and human rights violations in Iraq, was detained in October 2019 by masked gunmen in response to his coverage of the protests. While he was eventually released, other activists and protesters have been forcibly disappeared, and far too many killed. The passing of this new draft law would only exacerbate the climate of repression faced by peaceful dissidents and citizens.

Anti-government protests provided citizens and activists space to exercise their freedom of speech and peaceful assembly. Still, these protests were met with disproportionate violence, showing a willingness to shut down all dissenting voices on the part of the authorities. These attempts to silence free voices in Iraq would only be strengthened by passing this draft law.

Iraq’s Council of Representatives should ensure that the text is withdrawn or sufficiently amended and brought in line with the constitution and international human rights treaties that Iraq has ratified.

Ramzi Kaiss is a legal fellow at MENA Rights Group. He completed his MAS in transitional justice, human rights and the rule of law at the Geneva Academy of International Humanitarian Law and Human Rights. Follow him on Twitter @kaiss_ramzi 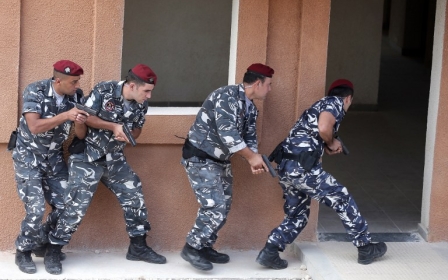