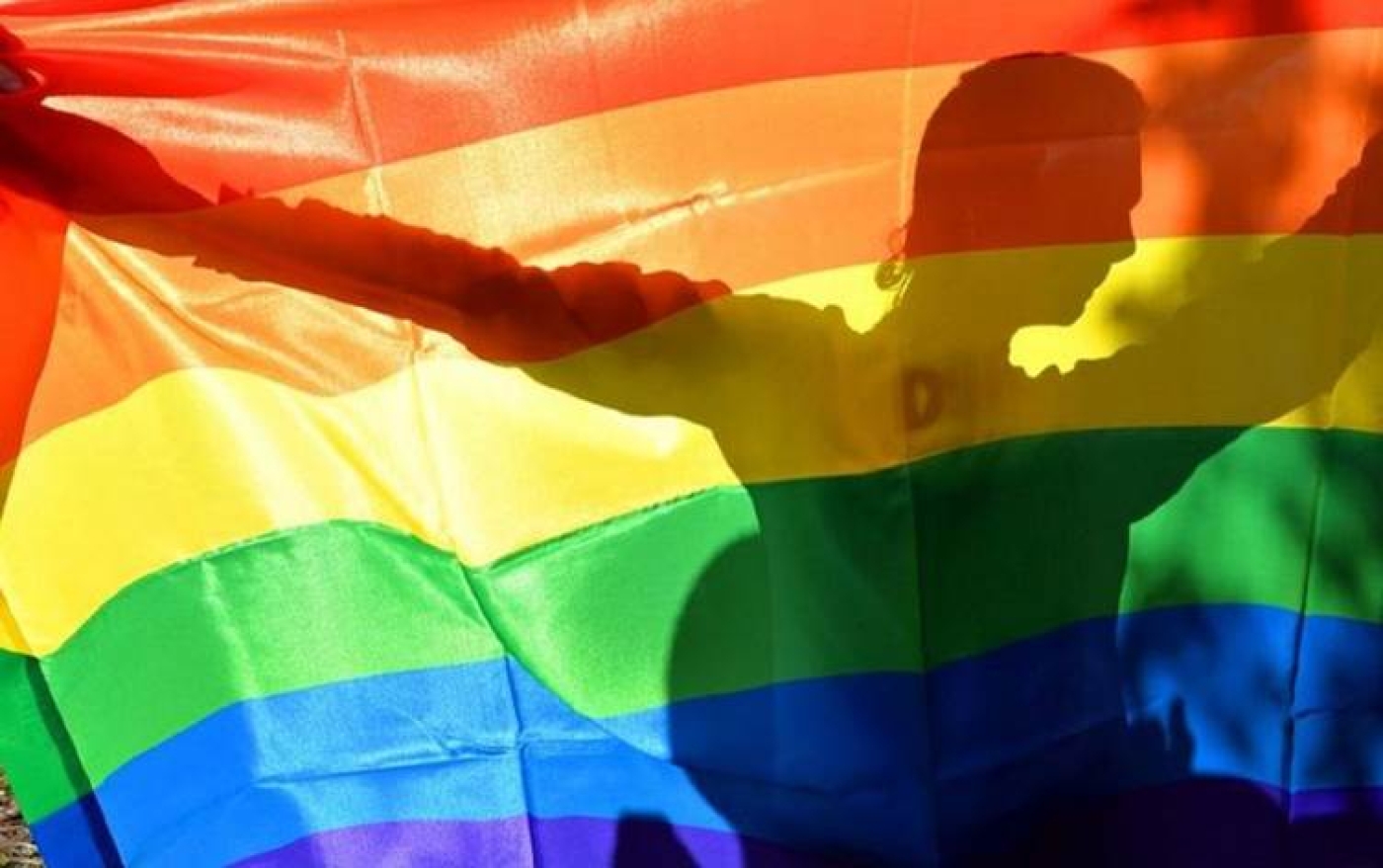 While some applauded the security forces for making the arrests, saying such operations would protect the Kurdish community from a 'moral collapse,' others reacted angrily (Reuters)
By
Dana Taib Menmy
in
Sulaymaniyah, Iraq

The arrest of several members of the LGBTQ+ community by Kurdish security forces in the city of Sulaymaniyah last week has been met with both criticism and support in the Kurdish region of northern Iraq.

The detentions on 1 April came just days after the US State Department had stated in its 2020 annual report that "LGBTI individuals also faced intimidation, threats, violence, and discrimination in the [region]".

Operation supervisor Pshtiwan Bahadin told local media that security forces had undertaken the joint operation to arrest people they suspected of being LGBTQ+ and for immorality. “Following the meeting of the High Security Committee of Sulaymaniyah and after securing the permission from the investigating prosecutor of Sulaymaniyah, it was decided that tonight an operation be carried out to prevent those who are homosexuals in the city of Sulaymaniyah and this operation is with the cooperation of all the security forces,” Bahadin told local website Rachlaken during live Facebook coverage on the evening of the arrests.

However, the following day, the Directorate of Security in Sulaymaniyah issued a statement indicating that the arrests had been made based on requests from the local community and were part of an ongoing operation to eradicate the increasing numbers of prostitutes in the city - and not focused against any one group of people.

Middle East Eye contacted the Sulaymaniyah security services but they declined to comment on the issue.

Following the arrests, LGBTQ+ activists expressed concern about the way the Kurdistan Regional Government (KRG) appeared to be persecuting the LGBTQ+ community.

“Fifteen juvenile persons were arrested by the security forces on suspicion of being LGBTQ+ persons,” Zhiar Ali, a human rights activist and advocate for LGBTQ+ rights, told MEE via a phone interview.

“The way security forces have treated the detainees is very wrong, since the security forces should have arrested those who involved the underage people into sex working.

'LGBTQ+ is a normal human desire, thus we should have similar rights as other normal individuals and we should be protected by law'

"Accordingly the 15 persons should be protected by the law, and not be detained.”

Ali said that members of the LGBTQ+ community in the Kurdistan region were not “sex workers,” and even if some had chosen that occupation it was the fault of the KRG since “prostitution is the last choice to earn a living".

“LGBTQ+ is a normal human desire, thus we should have similar rights as other normal individuals and we should be protected by law,” said Ali.

In a tweet on Saturday, the US Consulate General in Erbil, the capital of the KRG, said: “We are watching with concern the events in Sulaymaniya that seem to be targeting members of the LGBTI community for arrest.”

“Human Rights Watch is deeply disturbed by reports of an operation last night to arrest individuals purely because of their perceived sexual orientation,” Belkis Wille, a senior researcher at HRW, told Rudaw English.

“Unfortunately though, this does not come as a surprise - for years armed forces across Iraq have targeted, harassed, tortured and killed people perceived to be part of the LGBT community with total impunity.”

Prostitution, including any same-sex activities, whether voluntary or forced, in any public place is punishable by a term of imprisonment not exceeding 10 years under Iraqi law.

Speaking on condition of anonymity, a lawyer and human rights advocate who has interviewed dozens of members of the LGBTQ+ community while in detention in KRG facilities, told MEE that the number of LGBTQ+ persons is increasing in the region, and in Sulaymaniyah in particular, because of the arrival of LGBTQ+ persons from rural areas into city centres, as well as from other parts of Iraq. “Most of those I have interviewed were male persons working as prostitutes for a little amount of money," the lawyer said.

"Most of those people were psychologically ill, thus they should be treated as patients who need healthcare. Gay persons were also facing humiliation and abuse while in KRG detention.

"Accordingly, those people should be treated according to the law and should be separated from other prisoners.”

'Contrary to the principles of Islamic Sharia'

Last week's arrests have been met with differing reactions on Kurdish social media users as well as from politicians.

While some applauded the security forces for making the arrests, saying such operations would protect the Kurdish community from a "moral collapse," others reacted angrily.

Badriya Esmael Mahmud, a member of the KRG parliament’s Social Affairs and Protection of Human Rights Committee, and a member of the Kurdistan Justice Group (Kamal) told MEE via a messaging application: “LGBTQ+ is contrary to the principles of Islamic Sharia and opposite to Article 393 of the Iraqi penal code No 111 of 1969, as well as Combating Prostitution Law No 8 of 1988.

“Homosexuality is an attempt to make our youths stray... the government and related authorities should end it.

"The US consulate should abide by the scope and etiquettes of the diplomatic mission.”

Addressing the presidency of Sulaimaniyah Provincial Council, 17 members of the
council also formally expressed their support for efforts in combating "prostitution and homosexuality," indicating that such phenomenon “are against the religion, culture and values of our nation... and lead to the sexual perversion of the youths and [threaten] the unity of the families.”

Arguing against the detentions, Shadi Nawzad, an independent lawmaker on the same parliamentary committee as Esmael Mahmud, said that such arrests violated human rights.

“If members of the rainbow society are arrested on charges of being homosexuals, this is contrary to the principles of human rights," Nawzad told MEE.

"If the issue is related to the law, the reasons should have been identified earlier based on clear and legal arrest warrants.

“When a phenomenon is not consistent with the norms of the majority, or part of the society, it is described as being against the general principles of the society - which is a very elastic term.

"According to UN resolutions, no community under any pretexts should crack down on the rainbow group.”

Meanwhile, Tanya Kamal Darwesh, director of the Rasan Organisation, an NGO working to defend women and LGBTQ+ rights in Iraq generally, and Kurdistan specifically, told MEE: “LGBTQ+ persons should have similar rights as any other individuals in this society.” 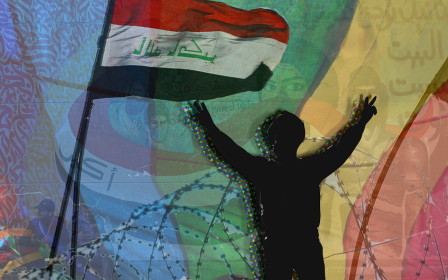 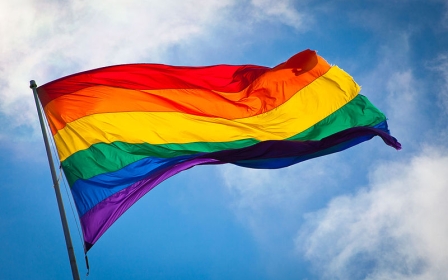 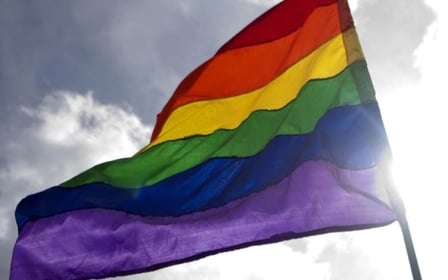