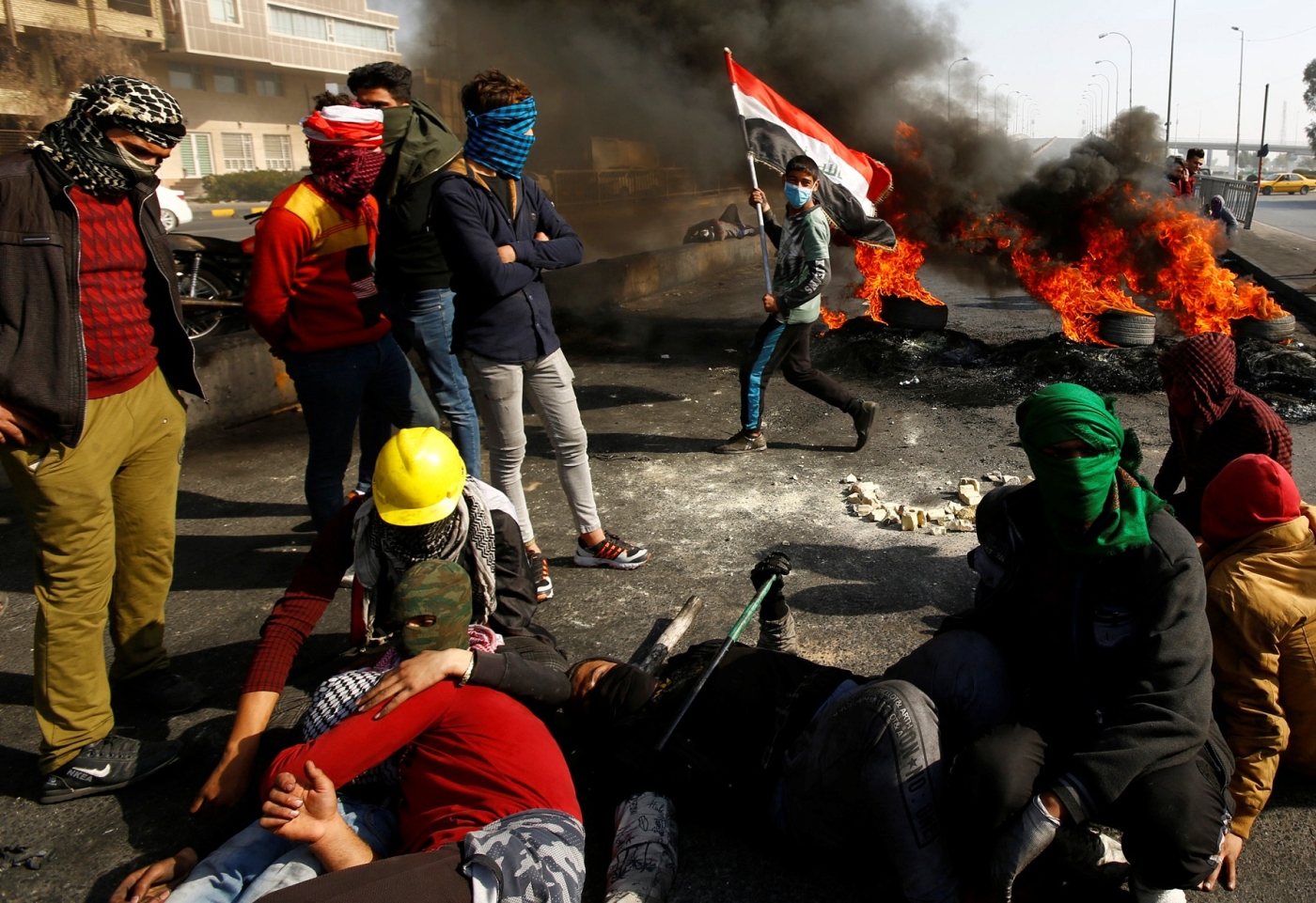 At least seven people were killed in the southern Iraqi city of Najaf on Wednesday after supporters of influential Shia cleric Moqtada al-Sadr raided an anti-government protest camp, medics and security officials said.

Sadr's followers, who are identified by their blue caps and scarves, used fire bombs and gunfire to disperse their political rivals, Reuters new agency reported.

Security officials told the news agency that Sadr's followers had tried to clear the protest camp, but the demonstrators pushed back against them.

Medics told AFP news agency that all of the dead were killed with bullet wounds to their heads or chest. It said that dozens more were wounded. Sadr's followers had initially participated in the anti-government movement, but he has recently reconciled his relationship with pro-Iran Shia leaders who have been criticised by protesters.

Three Shia heads of political blocs told MEE that Sadr is now attempting to end the demonstrations as part of a deal made with Hadi al-Amiri, leader of the Iranian-backed Fatah bloc, over several weeks of talks in Qom earlier this year.

On Sunday, Sadr called on his followers to help clear sit-ins and open up roads blocked by protesters.

"I advise the security forces to stop anyone from cutting off roads and the ministry of education should punish those who obstruct regular working hours, be they students, teachers or others," he said in a statement posted on Twitter.

Sadr's parliamentary bloc backed the appointment of Mohammed Tawfiq Allawi on Saturday, to the dismay of protesters who were quick to reject the designated premier.

"He represents the middle-class elite of Iraq’s Shia who have become ministers and PMs since 2003," Sajad Jiyad, director of the al-Bayan Centre in Baghdad, told Middle East Eye.

"From the outside looking in, he is establishment. He does not look like somebody who is new."

Allawi was nominated on Saturday to replace Adel Abdul Mahdi, who resigned late in November in response to the protests.

Since October, about 500 people have been killed in a crackdown by security forces, with thousands facing life-altering injuries.