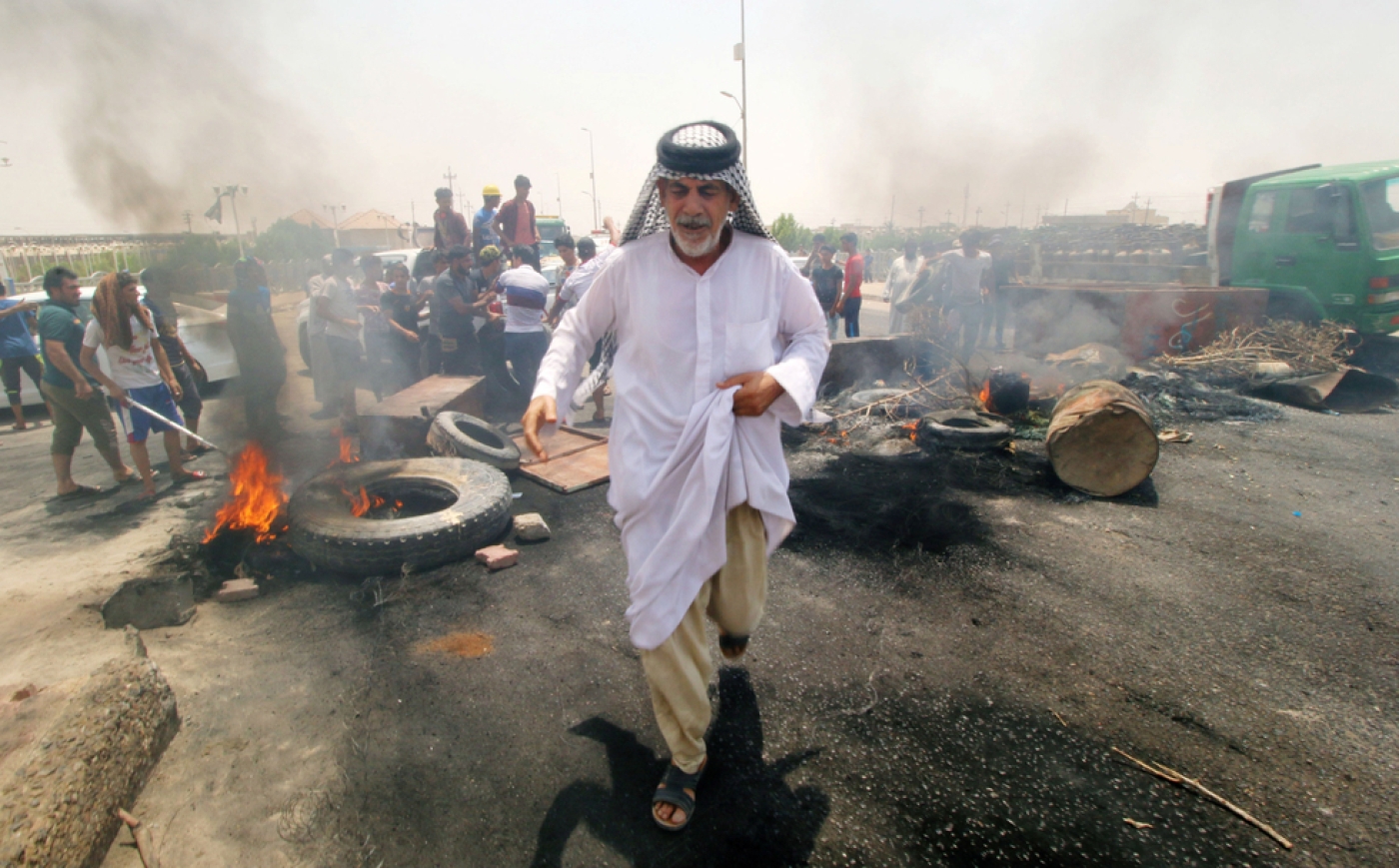 Iraqi Prime Minister Haider al-Abadi has flown to Basra in a bid to restore calm in the southern city, which has been gripped by deadly protests over unemployment, a lack of services and the earlier killing of a demonstrator by security forces.

Abadi flew straight into the city from Brussels, where he attended a NATO summit to discuss the Islamic State group (IS), and immediately held talks with officials, a statement from his office said on Friday.

About 100 protesters closed access to the Umm Qasr commodities port near Basra, port employees said. A port worker said the road leading into the terminal was blocked and trucks had no way of getting in or out. Port officials told employees to go home, the Reuters news agency reported.

As Abadi met the governor of the oil-rich province, Iraq's top Shia authority voiced support for the protesters, calling Basra one of Iraq's "most miserable areas", the AFP news agency reported.

"It is not fair and it is never acceptable that this generous province is one of the most miserable areas in Iraq," Abdel Mehdi al-Karbalai, the representative of Grand Ayatollah Ali al-Sistani, said at Friday prayers in Karbala.

Giving the weekly sermon, Karbalai said many residents of Basra "are suffering from a lack of public services" and urged the "federal and local government to deal seriously with the demands of citizens and work urgently to do what can be done".

Demonstrations have been ongoing over the past several days, with protesters in some cases setting tyres ablaze to block roads and trying to storm government installations.

As well as unemployment, demonstrators are frustrated by rising living costs and a lack of basic services in the city, the capital of Basra province.

There were further protests on Friday morning and calls for a demonstration in the afternoon in front of the local provincial headquarters.

Karbalai urged the demonstrators to refrain from violence, warning them against being influenced by "unruly individuals or those acting in self-interest".

The government will quickly address the demands of the protesters, the Council of Ministers said in a statement. Basra oil officials have said the protests, which have also taken place near major oilfields, have not impacted crude production.

"We will not stop until our demands are met," said Mohammed Jabbar, 29, an unemployed college graduate. "If they don't create jobs and improve services such as water and electricity we will close down Basra and oil production."

In an apparent first step to calm frayed nerves, Abadi ordered local officials to sort out "the legal status" of security guards employed by the interior ministry at oil installations, his office said.

The guards receive no benefits and work without contracts, unlike their peers at the interior ministry.

"It is not fair and it is never acceptable that this generous province is one of the most miserable areas in Iraq," said Karbalai.

A statement from the premier's office said Abadi instructed local officials to "solve the issue of the contracts of the security guards... and regularise their legal status".

In a statement released by his office, Luaibi said the demonstrators failed to enter the area but had set fire to a gate and a security post.

Officially, 10.8 percent of Iraqis are jobless, while youth unemployment is twice as high in a country where 60 percent of the population are aged under 24.

Following parliamentary elections in May, Abadi has vowed to rebuild the economy, ravaged by years of conflict.

Iraq is the second biggest producer of crude in OPEC, with 153 billion barrels of proven reserves.

The oil sector accounts for 89 percent of the state budget and 99 percent of Iraq's export revenues, but only one percent of jobs as the majority of posts are filled by foreigners.

Long neglected, Basra is one of the few cities in the Middle East without an effective water treatment system. Many of its waterways are stagnant cesspools. State officials blame a public funding crisis caused by years of low oil prices.

"Unless our demands are met, we will take steps to escalate. We will stop the activities of oil companies and will not allow them to hire foreigners," Malik said. 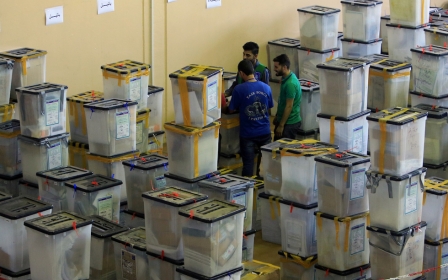