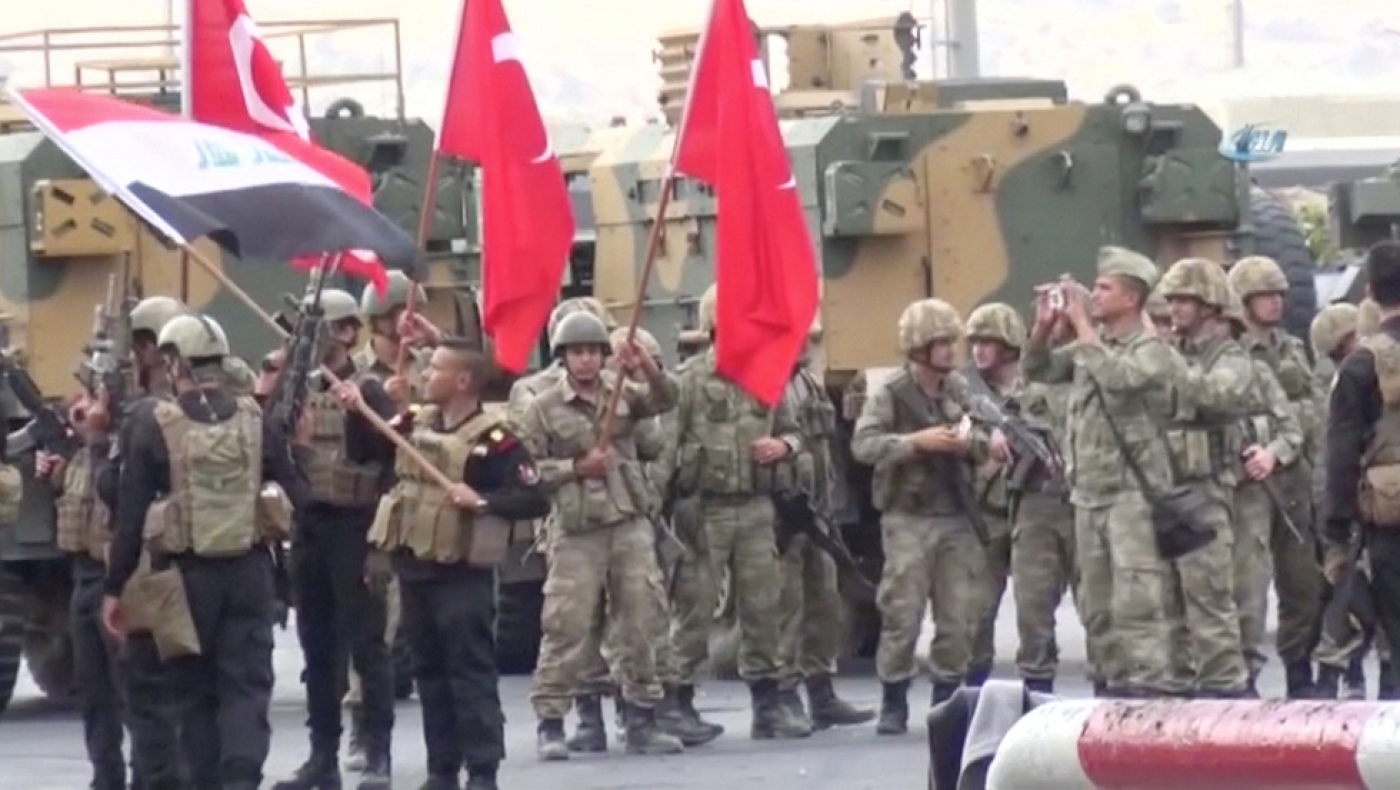 Iraqi troops deployed on Tuesday at one of the main land crossings with Turkey, gaining a foothold at the Kurdish-held frontier for the first time in decades and imposing one of Baghdad's central demands on the Kurds.

Iraq's entire land border with Turkey is located inside the Kurdish autonomous region, and has been controlled by the Kurds since before the fall of Saddam Hussein in 2003.

But since the Kurds staged a referendum on independence last month that Baghdad considers illegal, the central government has demanded a presence at all border crossing points.

Vehicles crossing the border would now be subject to three checks - by Turks, Iraqi forces and the Kurds.

"Habur border gate has been handed over to the central government as of this morning," Turkish Prime Minister Binali Yildirim told members of his ruling AK Party in parliament in Ankara.

Officials from the Kurdistan Regional Government (KRG) said they had not relinquished control of the crossing. Discussions were ongoing to allow Iraqi "oversight" at the border, Hoshyar Zebari, a former Iraqi foreign minister now working as an advisor to the KRG, told Reuters.

An Iraqi official showed Reuters pictures of the Iraqi flag being raised at the border gate, where Iraqi and Turkish soldiers were deployed and Turkish flags also hoisted.

The issue of control of the border crossing is of crucial importance for the landlocked Kurdish region. The Fishkhabour crossing is the site of the main oil export pipeline for northern Iraq, and crude exports through it are the principal source of funds for the Kurds.

The balance of power between Iraqi central government forces and the autonomous Kurdish region has been transformed since the Kurds staged their referendum on 25 September.

Iraqi Prime Minister Haidar al-Abadi ordered his forces to recapture all territory held by the Kurds outside the borders of their autonomous region, and most of it was seized this month within a matter of days.

Baghdad is also demanding control of all border crossings with Turkey and Iran. Abadi has won backing from both Tehran and Ankara for his moves against the Kurds.

Iraq's military said a delegation headed by army Chief of Staff Lieutenant General Othman al-Ghanmi was visiting the Fishkhabour area to take control of Kurdish-held international border checkpoints with both Turkey and Syria.

Zebari, the Kurdish government advisor, said the Kurds were prepared to accept "Iraqis at the airports and border posts to have oversight, to make sure everyone is in compliance", but any such presence must be achieved through negotiations, not force.

The split between the Kurds and the Iraqi central government is a particular challenge for Washington which is closely allied to both sides. The United States had urged the Kurds not to hold the referendum, worried that it would precipitate a backlash.

The referendum and ensuing dispute with Baghdad has also exposed deep rifts within the Kurdish leadership. Kurdish leader Massoud Barzani announced on Sunday that he would step down, and accused security forces loyal to a rival political party of "high treason" for yielding territory to the central government without a fight.

The KRG and the central government held talks Friday through Sunday to resolve their conflict.

Yildirim said Turkey had agreed to open another border gate with Iraq as part of a route that would lead to the city of Tal Afar, some 40 km west of Mosul and home to a predominantly ethnic Turkmen population.