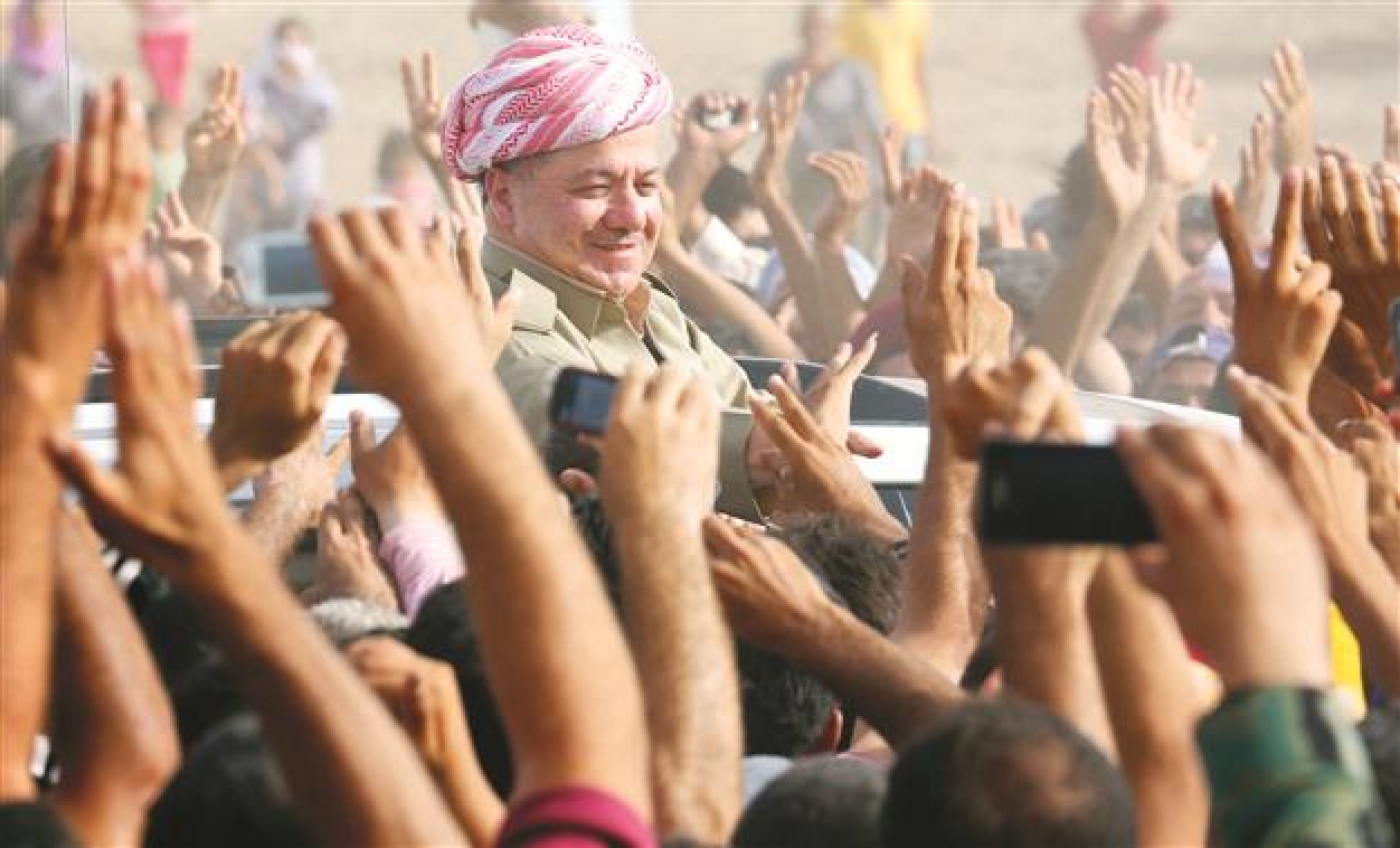 The Patriotic Union of Kurdistan (PUK), the Movement for Change and Gorran said in separate statements several of their offices in the Duhok region, north of the Kurdish capital Erbil, were looted or burned overnight. No casualties were reported.

The semi-autonomous Kurdistan Regional Government, or KRG, in northern Iraq said it had ordered the local police forces, known as Asayish, to stop the attacks.

Barzani, 71, said on Sunday he would give up his position as president on 1 November after an independence referendum he championed in northern Iraq backfired and triggered military and economic retaliation by the Iraqi government.

The veteran leader has run Iraq's Kurdish autonomous region since 2005, presiding with a firm hand as the region prospered while the rest of Iraq struggled in a civil war.

But he has been brought low in recent weeks by his decision to push the independence vote, and his downfall has exposed deep fractures among the Kurds.

Armed protesters supporting Barzani stormed parliament as it met on Sunday to approve his resignation. Opposition politicians who had been barricaded inside managed to leave later, according to their parties.

The PUK, which has been the main rival of Barzani's Kurdish Democratic Party (KDP) for decades, supported his decision to hold the independence referendum, but half-heartedly. The reformist Gorran party opposed the vote, arguing that the timing was poor.

In a televised speech announcing his plan to step down, Barzani said followers of his longterm rival PUK founder Jalal Talabani, who died in early October, had been guilty of "high treason" for handing over the oil city of Kirkuk to Iraqi forces without a fight two weeks ago.

Kurdish fighters known as peshmerga had held Kirkuk, one of Iraq's main oil centres, since 2014 when they seized it after government troops fled in the face of an advance by Islamic State.

Although Kirkuk is outside the borders of the Kurdish autonomous region, Kurds consider it the heart of their homeland. This month, Prime Minister Haider al-Abadi ordered his forces to recapture it and all other disputed territory in retaliation after Barzani staged the independence referendum, which Baghdad considers illegal.

The Iraqi body in charge of supervising media in Baghdad issued on Sunday a ban on two major Kurdish TV channels close to Barzani's KDP: Rudaw and Kurdistan 24.

The Baghdad-based Communication and Media Commission accused the two networks of "inciting violence and hatred".

"This is an assault on freedom of press and expression," replied Erbil-based Kurdistan 24's management in a letter to the International Federation of Journalists.

Rudaw accused Iranian-backed Iraqi paramilitaries who are operating alongside government forces on Monday of killing a Kurdish journalist, Arkan Sharif, in the region of Kirkuk.

While the Iraqi Kurds have mostly shown outward unity since the fall of Saddam Hussein in 2003, they have a deep history of conflict between Barzani's KDP and Talabani's PUK, which fought each other in a civil war in the 1990s.

The KDP is based mostly around Erbil, the regional capital, while the PUK draws its support mostly from Suleimaniya, the other main city in the region.

The two political parties run separate units of peshmerga, their former underground guerrilla armies that have since become the official security forces of the Kurdish autonomous region.

After Saddam's fall, Barzani ran the Kurdish autonomous region while his rival Talabani served as ceremonial president of all of Iraq in Baghdad from 2005 to 2014.