Iraqi pro-government forces advance towards the town of Rawa, on the Euphrates river, during their offensive against the Islamic State (AFP)
By
MEE and agencies

The last town held by the Islamic State (IS) group in Iraq has fallen, marking the end of the militant group's territorial control in the country.

Iraqi army and paramilitary forces "liberated Rawa entirely, and raised the Iraqi flag over its buildings", Lieutenant General Abdul Ameer Rasheed Yarallah said in a statement from the Joint Operations Command on Friday.

IS fighters reportedly fled into the countryside where small pockets of the group still remain.

#Iraq's national anthem being blasted out by Iraqi troops at the entrance to Rawah, the last Da'ish stronghold that was just retaken this morning 🇮🇶 pic.twitter.com/2lDlttX6VG

Prime Minister Haider al-Abadi, who has seen his standing increase as a result of repeated losses by IS, congratulated Iraq's forces on taking back the town.

"The commander-in-chief of the armed forces, Dr Haider al-Abadi, congratulates our heroic forces and the Iraqi people for the liberation of the district of Rawa," said the prime minister's media office in a tweet.

The militants once controlled a territory the size of Britain but they have successively lost all their key strongholds, including Raqqa in Syria and Mosul in Iraq.

Over the border in Syria, IS still holds around 25 percent of the countryside of Deir Ezzor province but are under attack not only from government forces but also by US-backed Kurdish-led fighters.

In the border town of Albu Kamal, the Syrian army was battling IS fighters who mounted a surprise counter-attack last week, pushing out government forces who had retaken it last month.

The Syrian Observatory for Human Rights, a Britain-based monitor of the war, said the new army offensive had successfully penetrated the town, with troops backed by Russian air strikes advancing from the west, east and south.

"More than 7.5 million people have now been liberated" from IS, Washington's envoy to the coalition, Brett McGurk, said late on Wednesday, adding that the group's finances are now "at their lowest levels to date".

McGurk insisted that flows of foreign IS fighters into Syria have "nearly stopped", and that militants are increasingly being picked up as they cross borders.

"We are enhancing cooperation and border security, aviation security, law enforcement, financial sanctions, counter-messaging, and intelligence-sharing to prevent ISIS from carrying out attacks in our homelands," he said.

Analysts and local military commanders believe that with their "caliphate" destroyed, IS will retreat into full guerrilla activity.

IS fighters fleeing from Hawija and Al-Qaim have already begun to prepare to fight Iraqi forces from desert terrain. Military commanders have already warned that they are "expecting an increase in terrorist attacks" following the liberation.

"We still have places by the Baghdad belt, areas including Ramadi and Fallujah... that are not well controlled at all," Michael Knights of the Washington Institute for Near East Policy told AFP earlier this month.

"They are back where they were in 2013... They will restart insurgency all over again." 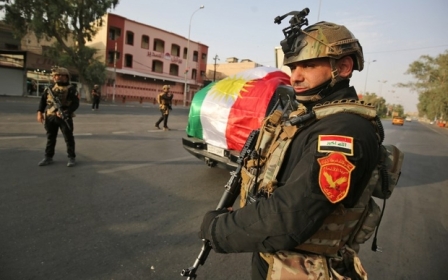 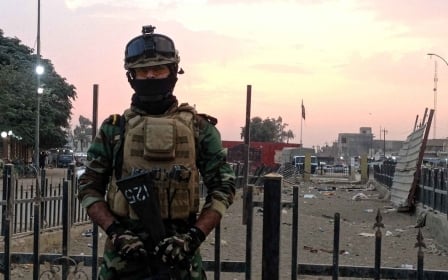