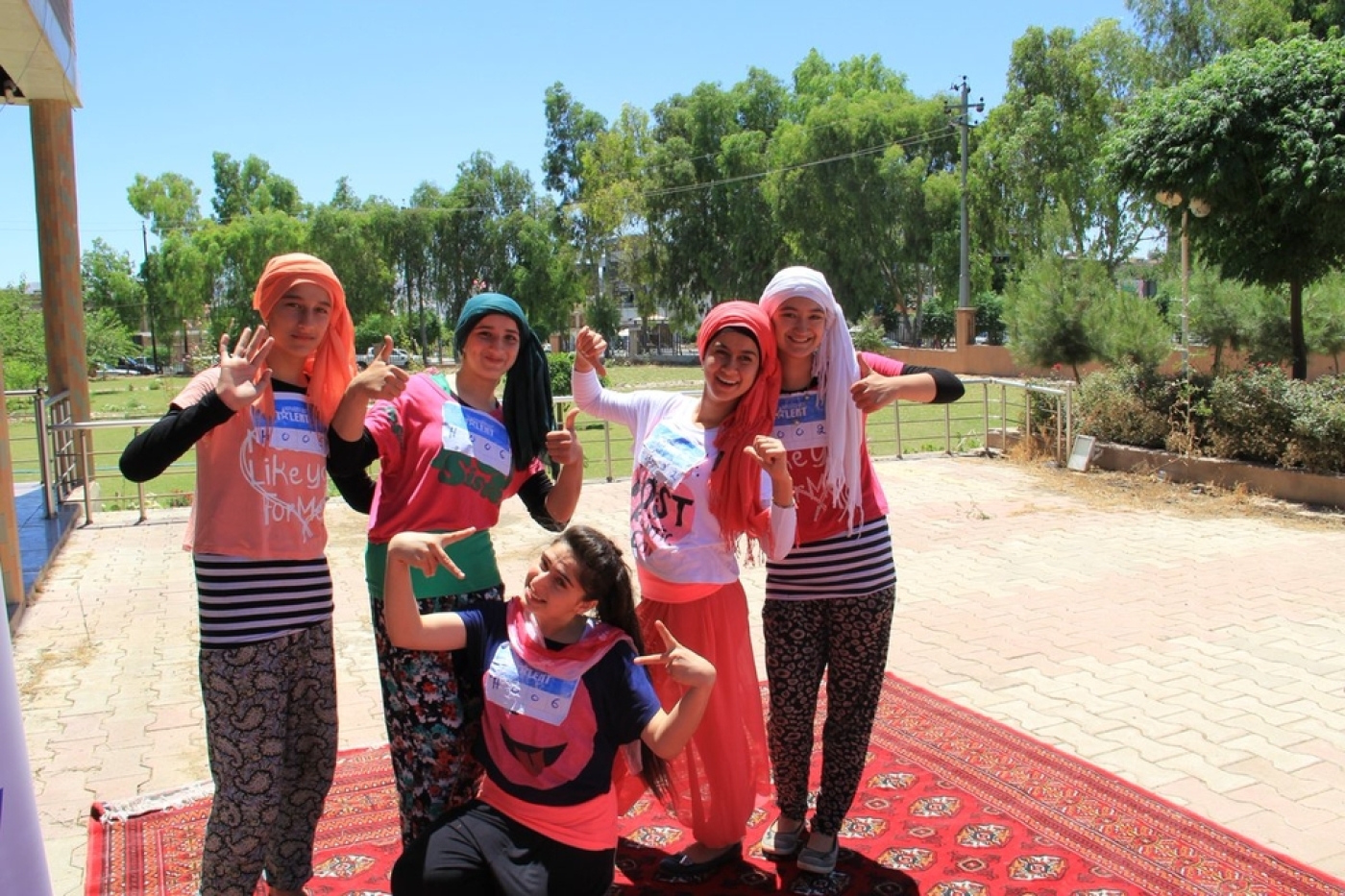 Young refugee performers getting ready for their slot at the Refugees Got Talent competition in Arbat, Iraqi Kurdistan, held to celebrate World Refugee Day (UNHCR)
By
Campbell MacDiarmid

ARBAT, Iraqi Kurdistan - Rojbeen Baroodo speaks fluent English with a slight Indian accent that she learned from watching Bollywood films. At 17, Waseela Abdul Karim Hassan has already written two books and works as a translator. People come from miles around to ask Mzgin Ahmed to play his tambour and sing at their weddings.

These are just three of the young Syrian refugees living in the Arbat Camp in northern Iraq who competed in a world first Refugees Got Talent competition on Monday night. The event was held to celebrate World Refugee Day and highlighted the huge amount of untapped talent possessed by refugees worldwide.

More people are currently displaced by conflict than at any recorded time in history, the UN refugee agency estimates. Worldwide, over 65 million people were either refugees, asylum seekers or internally displaced at the end of 2015. Of those, the largest number from one country hail from Syria, where more than nine million have fled their homes due to civil war. Nearly 250,000 Syrians have sought refuge in Iraqi Kurdistan, an autonomous region in northern Iraq.

The Sulaymaniyah province hosts 32,000 of these refugees, nearly a third of whom live in camps like Arbat. As the war in Syria drags into its sixth year, it may be a long time before it is safe for them to return home. Camps like Arbat – which opened in April 2013 – have taken on the look of small towns, with street-lit rows of cinderblock cabins, most of which sprout a satellite dish.

While basic services and amenities are provided, work and higher educational opportunities are extremely limited, raising fears for a lost generation of Syrian youth.

The most motivated of Syria's highly connected young digital generation have seized upon classes, organised activities and the internet connectivity offered in the camps. They've learned English, either by formal study or by watching downloaded films; practiced dance moves by watching Youtube videos; and entertained their peers with musical performances.

Still, an outlet for these creative talents has been largely absent, says the UN refugee agency's representative Geddo. To address this, UNHCR organised the Refugees Got Talent competition, which adopted the format of the popular television franchise.

As a nearly full moon rose overhead and a hot wind blew swirling dust through the camp, thousands of residents and hundreds of local visitors gathered in front of a spotlit stage awaiting the performance. In two tents behind the stage, the contestants waited, nervous and excited.

Hassan, the blue-eyed young writer from Qamishlo, waited with 15 teenagers from the Rojava Group dancers. They had practised for months to perform a folk dance and were dressed in traditional Kurdish clothes – the boys wore high tasseled socks, baggy trousers and cummerbunds and the girls metallic red flowing gowns. Being able to join a dance group was a silver lining to being displaced, Hassan said.

“Since coming here I've seen different cultures and had the chance to do different activities,” she told MEE.

She has also had the chance to work as a translator, and the time to write two books, one about friendship and the other about self-confidence. But continuing her higher education will be difficult, she said. Dancing helps her take her mind of this: “When I dance I almost forget the world.”

Nearby, 17-year-old Rojbeen Baroodo stood with four of her friends from the camp whom she brought together to perform in her own dance troupe, named ABCD – Anybody Can Dance. Dressed in matching white dresses and headscarves, they were going to perform a Bollywood dance number.

With her extended family back home in Syria waiting to see her performance on YouTube, she said she didn't care whether she won or not. “If I don't I won't have any problem. I just want to show my dancing to everyone.”

Mzgin Ahmad, 19, expressed calm before his performance. Back in his hometown of Kobane he played his beloved tambour every day, but left it behind when his family fled. “I thought I would only be gone a few days, but we've been here one-and-a-half years.”

With no money to buy a replacement, he now practices on a friend's instrument, which he sometimes borrows to play wedding parties. He said he would like to save $300 to buy his own instrument, but spends most of the money he earns to support his family.

“There's not many weddings these days; I mostly work as a labourer,” he said. “I still haven't even managed to get enough to buy a cell phone for myself.”

A lack of opportunities for young people is one of the primary concerns for many in the camps. Omar Abdu, from the Syrian town of Derrick, has worked with a traditional Kurdish dance troupe called the Khalat Group for 11 years. He worries that many of the youth in Arbat camp are idle or have dropped out of school to try and support their families.

“There are really no opportunities for them,” he said. “The only thing we could come up with to compensate for this and try and use some of their talent is to get them involved with this dance group, so they're not sitting around at home.”

“The more refugees can be empowered to contribute, the more the communities they live in will welcome them as productive members of society rather than passive recipients of aid,” he told a receptive audience.

Performance ranged from a group of backflipping breakdancers to a dramatic performance by activist actresses taking on the topic of early marriage. At the end of each, judges offered praise and criticism to the performers.

At the end of the evening, the high-energy dance of the young writer Hassan's Rojava Group impressed the judges enough to win third place. Baroodo's original Bollywood number was performed with enough passion for ABCD to take second place. But it was crooner Ahmad's crowd-pleasing ballad for Kurdish freedom that took first place. With the runners up on stage dancing behind him, he performed an encore that brought the crowd to its feet.

"We saw last night the tremendous talent and energy of young Syrian refugees,” UNHCR's Geddo said later. "We want to help them unleash their potential." 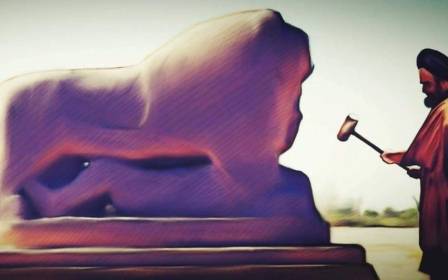