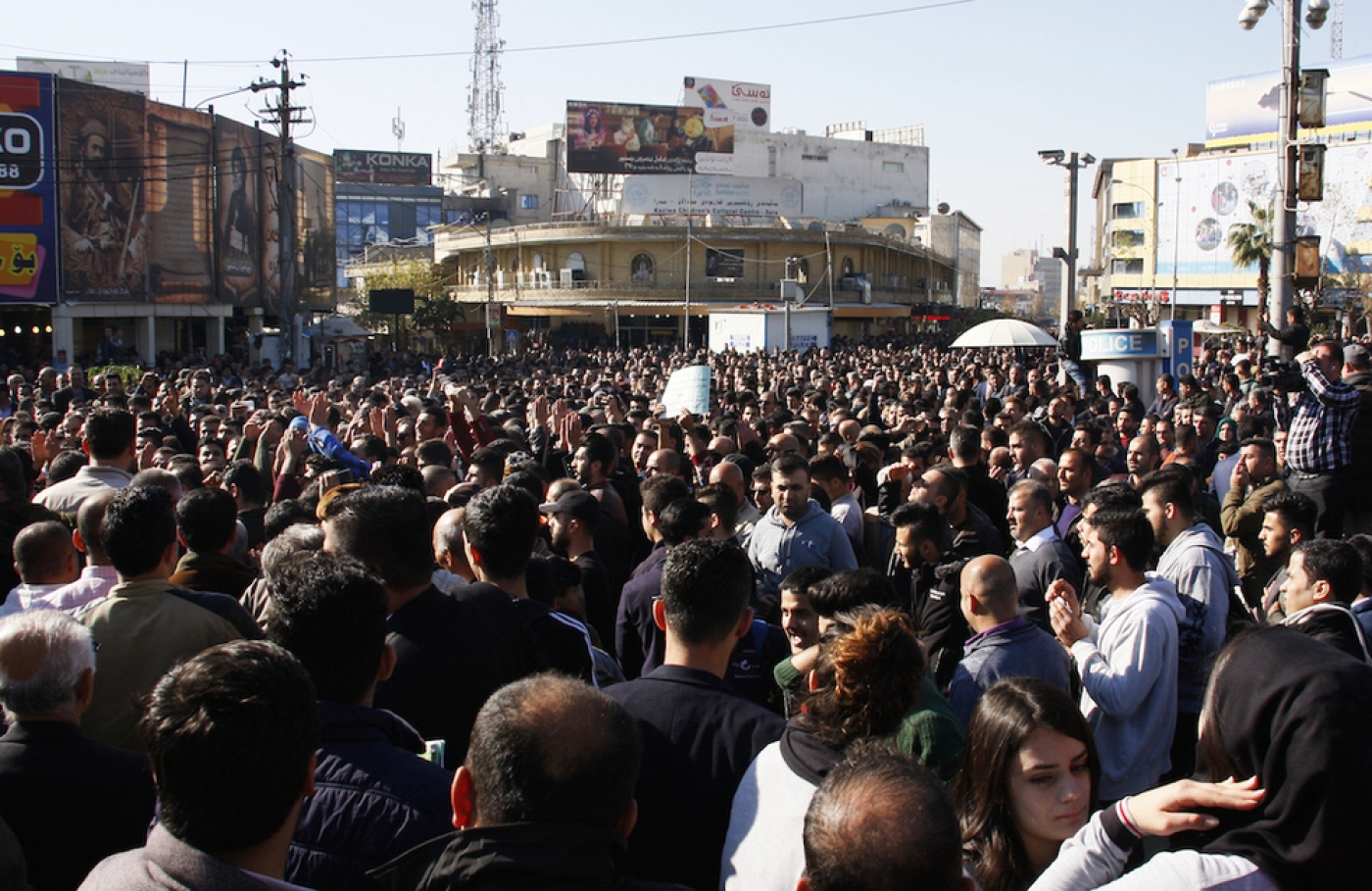 The second largest party in the Iraqi Kurdish parliament has withdrawn from the government as protests continue to rock the statelet.

The Gorran movement, along with the smaller Kurdistan Islamic Group, both withdrew their ministers from the Kurdistan Regional Government (KRG) coalition, while Yousif Mohammed Sadiq - speaker of the parliament and Gorran member - also resigned from his position.

Gorran also announced it would be ending its "strategic" pact with the Patriotic Union of Kurdistan (PUK), which they accused of using force in the two parties' stronghold of Suleimaniyah.

Demonstrations have been ongoing in the KRG for the past three days as anger over the government's handling of the fallout from the 25 September independence referendum, as well as the announcement of budget cuts, spiralled into violent riots.

Five people have been killed and nearly 200 injured in clashes across Iraqi Kurdistan, while heavily armed troops and riot police locked down Suleimaniyah on Wednesday.

Both the Islamic Group and Gorran, which originally formed in 2009 as an anti-corruption breakaway from the PUK, have announced their support for the protests.

However, all political parties have been targeted by the protesters, with the offices of the KDP, Gorran, PUK and the Islamic Union all torched and attacked.

Office of the Change Movement (Gorran) in Ranya has been set on fire as protests continue (RN) pic.twitter.com/UA5XAui9Pk

On Tuesday, security forces loyal to the PUK raided the offices of NRT television, which has been critical of both the PUK and teh ruling Kurdistan Democratic Party (KDP), and arrested the founder Shaswar Abdulwahid.

The TV channel was taken off air and its website was inaccessible as of Wednesday afternoon. In a statement, the KRG Ministry of Culture said it had suspended the channel in order to “stop chaos” and to force it to comply with the “ethics of journalism”.

Abdulwahid had been a founding member of the No For Now campaign opposing the 25 September referendum and was highly critical of the KRG's main parties.

"They want to use the referendum to remain in power another 25 years and hand over power to their families," he told Middle East Eye in September.

"We can’t allow this to happen and we did not fight Saddam for this. We have sacrificed our loved ones to build a free and democratic system, not a monarchy."

The KRG has been in turmoil since October when the Iraqi army swept across territories seized by Kurdish forces in 2014 and took them back under the control of Baghdad, including the city of Kirkuk, which Kurds regard as their cultural capital.

Most damagingly, Iraqi forces captured the Bai Hassan and Avana Dome oil fields in Kirkuk which accounted for almost half of the KRG's oil revenues.

The result has been that the KRG has been unable to pay salaries to public sector workers, which helped provoke the latest round of unrest.

Iraqi Prime Minister Haider al-Abadi promised to pay the salaries of public sector workers in KRG in an attempt to mend ties with the devolved region, but on Tuesday he announced Baghdad would not be able to pay the full amount as he queried the salary figures given by the KRG.

KRG Prime Minister Nechirvan Barzani issued an appeal for calm from Germany where he was on a visit on Tuesday.

"The region is going through a difficult period. Your frustrations are understandable and I hear them," he said.

"But violence is unacceptable. I ask you to hold peaceful demonstrations."