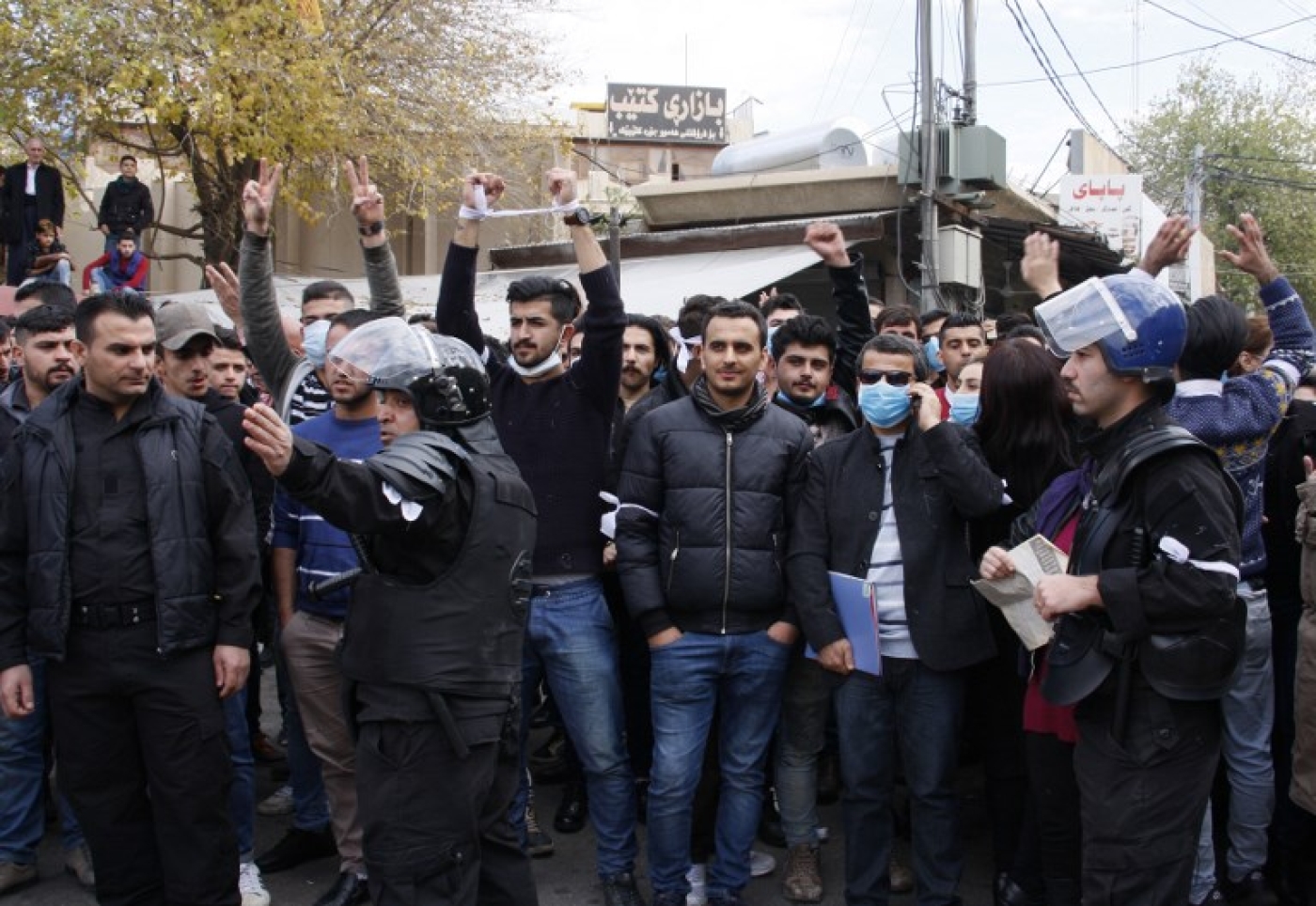 Iraqi Kurdish protesters shout slogans in Sulaimaniyah, in the Kurdish autonomous region of northern Iraq, on 19 December (AFP)
By
MEE and agencies

Armoured personnel carriers, water cannon and trucks mounted with machine guns were stationed at all of the city's main crossroads, an AFP correspondent reported.

There was virtually no traffic and most shops were closed, particularly around the central Saray Square, the epicentre of the protests against the disastrous fallout from an independence referendum.

The September vote delivered a resounding "yes" for independence, but drew sweeping reprisals from Baghdad which dealt a heavy blow to Kurdistan's already flagging economy.

Protesters have vented their anger against all five of the autonomous Kurdish region's main political parties, not just the Kurdistan Democratic Party (KDP) of former regional president Massoud Barzani, who organised the fateful referendum.

In the town of Rania, 130 kilometres (80 miles) north of Sulaimaniyah, where the five protesters were killed on Tuesday, demonstrators defied a heavy security presence to take to the streets for a third straight day.

The crowd turned its anger on the offices of the Goran party, which controls the governor's office in Sulaimaniyah province, pelting it with stones, witnesses said.

Demonstrators had already torched the offices of the KDP, its historical rival the Patriotic Union of Kurdistan and the Islamic Union on Tuesday. They also seized the mayor's office.

Prime Minister Nechirvan Barzani, the ex-president's nephew, issued an appeal for calm from Germany where he was on a visit on Tuesday.

"The region is going through a difficult period. Your frustrations are understandable and I hear them," he said.

"But violence is unacceptable. I ask you to hold peaceful demonstrations."