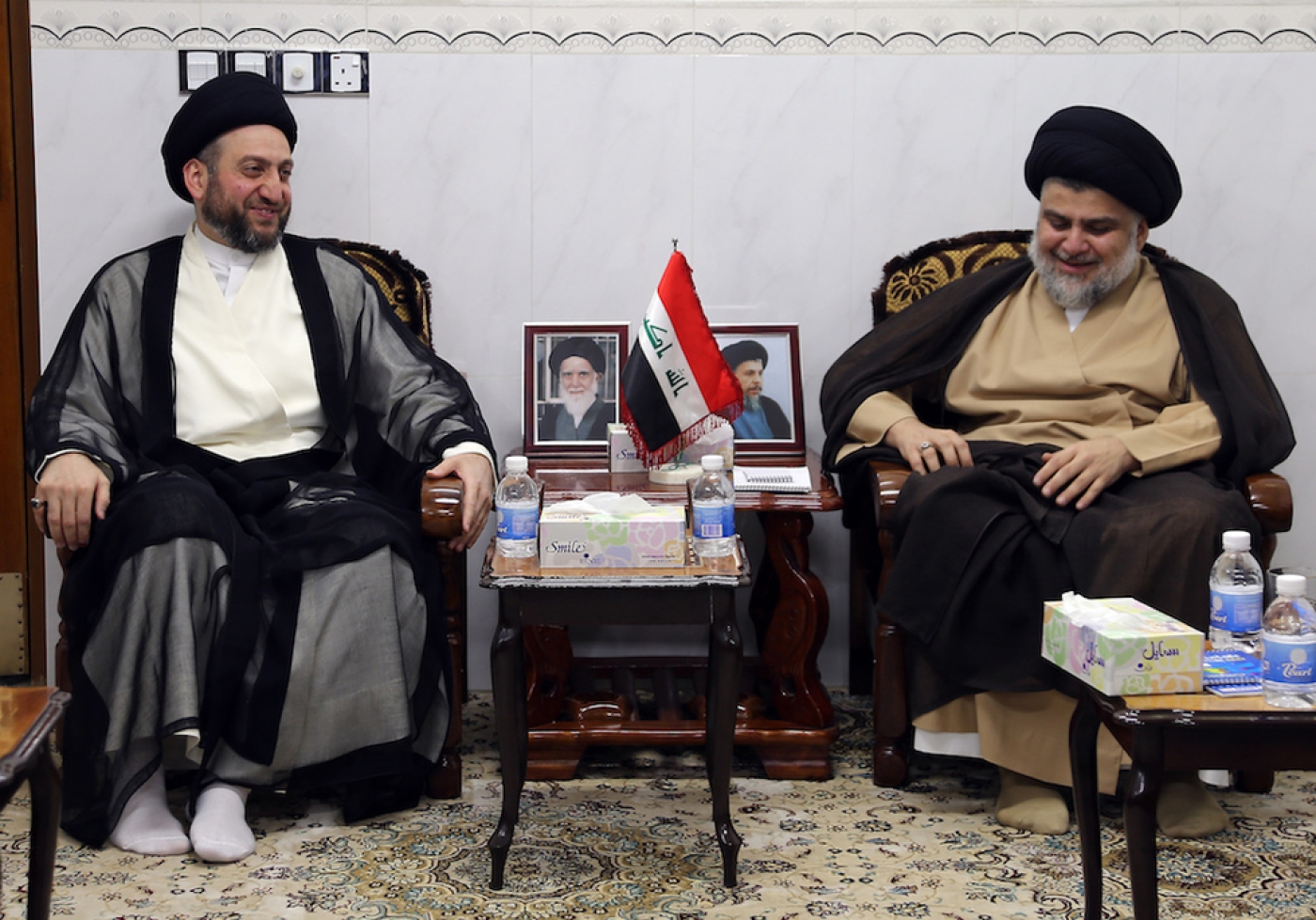 In a statement released following the discussions, the group announced their intention to build an alliance that was “cross-sectarian and refuses partisanship in all of its forms”.

“In a national Iraqi decision springing from the interest of our country, and responding to the demands of the people, we agreed today to form the core of an alliance that will seek to form the parliamentary bloc that can form the government,” it read.

It added that the new group would "seek to seriously and actively contribute to forming a government that works... to provide services, rebuilds, return IDPs [internally displaced persons], fights corruption, and holds the corrupt accountable”.

The creation of a new government in Iraq has been delayed since May, when the results of the parliamentary elections were fiercely disputed, leading to a manual recount of votes. No government could be formed until the result were ratified.

The Sairoun Alliance, backed by Muqtada al-Sadr, took the largest number of seats (54) in the election after running on an anti-sectarian, anti-corruption platform.

'PM Abadi is obviously pro-US, and while Sadr is not, Sadr is not pro-Iranian. If this coalition can outflank State of the Law and Fatah from forming the government, it will be good for Iraq and the US'

Despite this, the alliance agreed upon on Sunday falls short of having a majority.

The second largest party in the elections was the Fatah Coalition, composed of supporters and members of the Iran-backed Hashd al-Shaabi militias.

Along with the State of Law coalition, led by former Prime Minister Nouri al-Maliki, Fatah have reportedly formed a separate political bloc vying to be allowed to create the next government in Iraq.

Abdul-Hadi al-Saadawi, a member of the State of Law coalition, was quoted by the Iraq News Network as saying that it was possible that he and his allies would announce the creation of "the largest bloc" in the parliament "after final touches are given to the next government’s platform”.

Pivotal Kurdish and Sunni parties have yet to declare whether they will align with either group.

David M Witty, an analyst and former US Army Special Forces Colonel, suggested that the Sadr-Abadi-Hakim group had moved now to undermine attempts by the pro-Iran bloc to build a potential government.

"I think it would be positive in preventing further Iranian penetration into Iraq," he told Middle East Eye.

"PM Abadi is obviously pro-US, and while Sadr is not, Sadr is not pro-Iranian. If this coalition can outflank State of the Law and Fatah from forming the government, it will be good for Iraq and the US."

However, he added that any government attempting to stymie Iranian influence in the country would face an uphill struggle, not least in tackling the power Hashd al-Shaabi militias.

"Iraq is paying the price now for the Faustian bargain it made in 2014 when it formed the Hashd," he said, referring to the creation of the militia following the rise of the Islamic State group.

"Hashd was successful on the battlefield and is very popular in Iraq, outside of the disputed and Sunni areas. It will be hard to reel back Hashd influence, although there have already been attempts."

Following the ratification of the election results, the Iraqi parliament has 15 days to convene. The eldest member of the parliament will then chair a session to elect a speaker and two deputy speakers.

The parliament will then have 90 days to select a prime minister to replace Abadi, who will then appoint a cabinet.

In a televised speech on Sunday, Abadi called on Iraqi President Fuad Masum to begin the formal proceedings for the formation of a government.

"I call on His Excellency, the president of the republic, to initiate calling on the Council of Representatives to convene as soon as possible within the constitutionally designated time and to begin procedures of parliamentary presidency and for the president of the republic to assign the representative of the biggest parliamentary bloc to form the next government," he said.