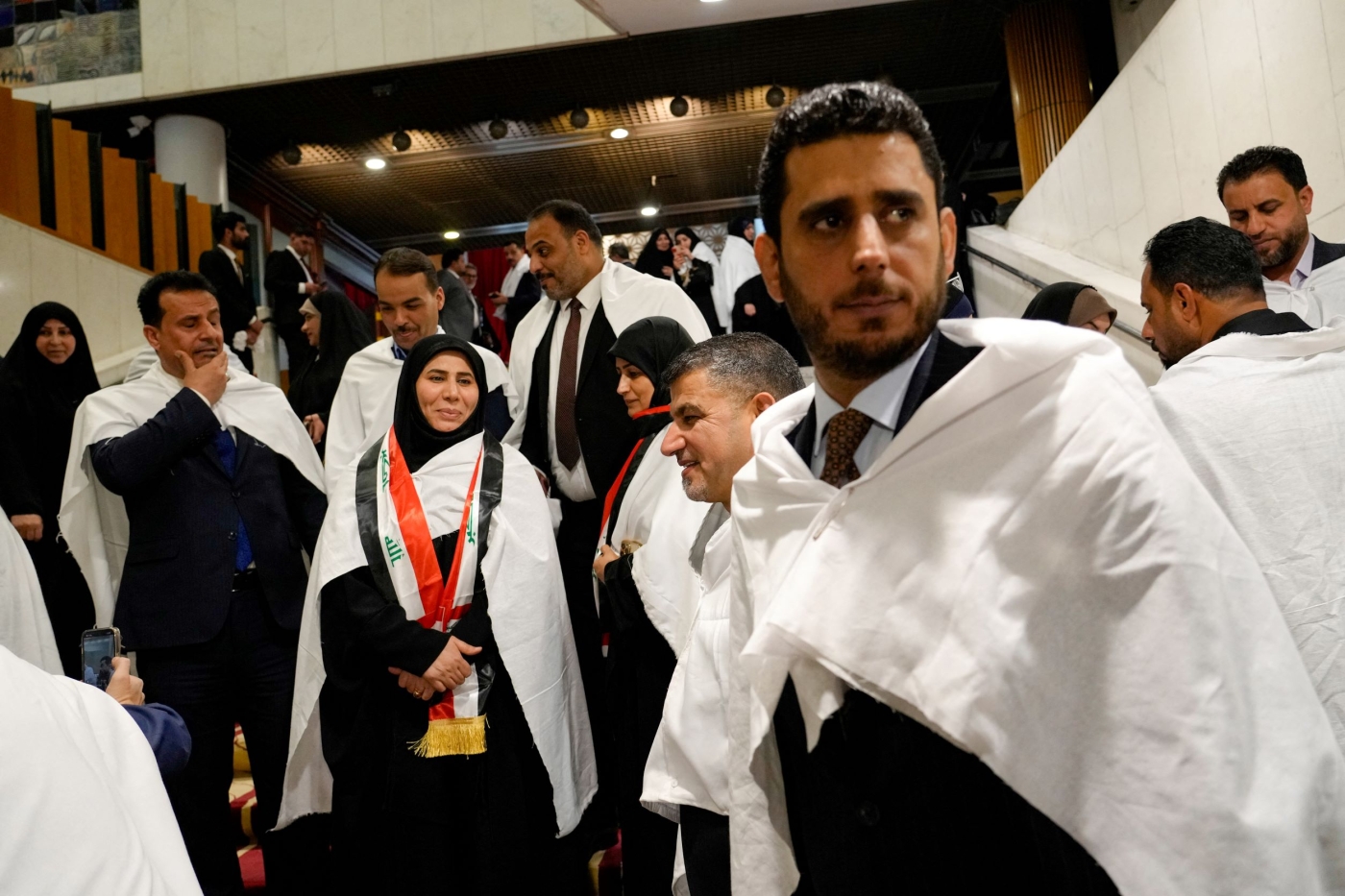 Supporters of Shia leader Moqtada al-Sadr gather inside the Iraqi parliament building in Baghdad ahead of the country's presidential election, 26 March 2022 (AFP)
By
MEE and agencies

The election of a new Iraqi president has been postponed again after the parliament failed to reach a quorum.

The vote has now been postponed until 30 March after an Iran-backed political coalition boycotted Saturday's session.

This left only 202 MPs present in the assembly, which is below the minimum required to elect the head of state.

Parliament previously failed to elect a new president in February.

So far, almost six months after poorly attended parliamentary elections in October, attempts at forming a new government have been unsuccessful.

Since the overthrow of former ruler Saddam Hussein in 2003, the major government positions have been divided along sectarian lines, with Kurds getting the presidency, Shia getting the premiership, and Sunnis getting the parliamentary speaker.

Though parliament has issued a final list of 40 candidates for the largely ceremonial presidency, the contest is assumed to mainly be between incumbent Barham Saleh, of the Patriotic Union of Kurdistan (PUK), and Rebar Ahmed of the rival Kurdistan Democratic Party (KDP).

After being elected, the president has to then name a prime minister, who must be backed by the largest bloc in parliament.

On 13 February, Iraq's supreme court ruled out a presidential bid by KDP-backed veteran politician Hoshyar Zebari, after a complaint was filed against him over historic, untried corruption charges.

Intense negotiations among political groups have since failed to form a majority parliamentary coalition to agree on a new prime minister to succeed Mustafa al-Kadhimi. 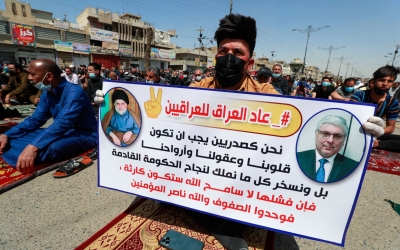 The largest political bloc, led by firebrand Shia cleric Moqtada al-Sadr, had backed Zebari for the presidency but has now thrown its weight behind Ahmed.

The first vote in parliament on 7 February failed as it was widely boycotted amid the Zebari legal wrangle.

The boycott by the Coordination Framework, which includes the pro-Iran Fatah Alliance - the political arm of the former paramilitary group Hashed al-Shaabi - appears to have again sunk hopes of a quick resolution.

With the support of Sunni and Kurdish parties, Moqtada al-Sadr wants the post of prime minister to go to his cousin Jaafar Sadr, Iraq's ambassador to Britain, once the question of the four-year presidency has been settled. 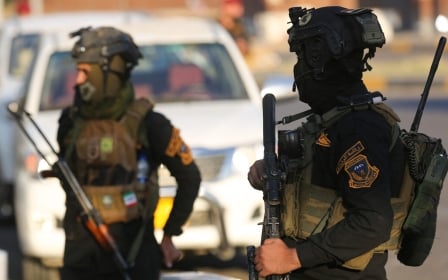 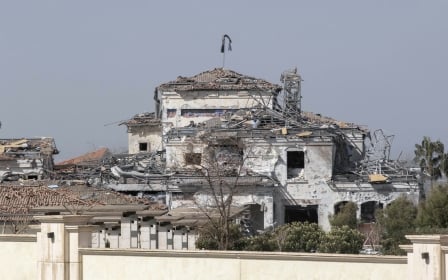 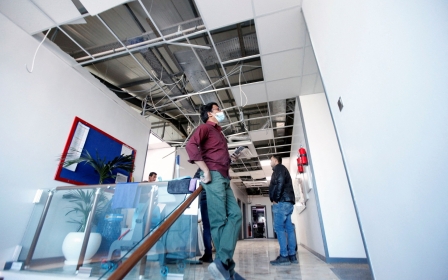